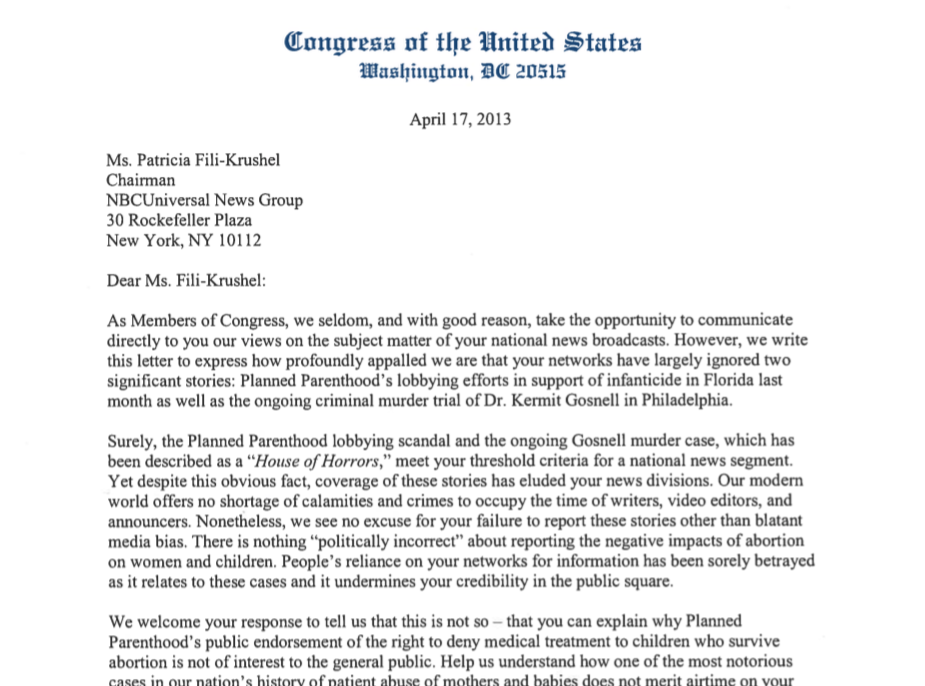 Some of you may remember, back in 2013 one of the most Notorious crime cases in American History. Or maybe you don't because the Media didn't cover it. Kermit Gosnell, a physician and abortion provider became known as the Baby Butcher in his Abortion House of Horrors Clinic. As Conservative news outlets and grass-roots media sources went to great lengths and gory detail into this story, showing the pure evil this man had been perpetrating on living babies and low-income women, for decades...the Mainstream media was silent. Conservative news outlets diligently covered this case and in turn, these people went to Social Media outlets like Facebook to share the truth that was happening in this Abortion, Infanticide Hell house! And the mainstream media was silent...

As the sound of the pin drop occurred another scandal was muffled. Now, at this point in time, having a bit of hindsight, this next atrocity against human life seems mute, however, in March of 2013, the same time the Gosnell case was going on, a Planned Parenthood Lobbyist in Florida petitioned the State Legislature to change the H.B. 1129, the Infants Born Alive Act to allow the mother and doctor to decide if the baby, born alive would be given the same medical treatment as any other baby born alive or simply let that child die. At the time, 2013, just a 6 years ago the outrage from the Conservative line as well as from many on the Liberal field echoed loudly in that Government building, but the sound of their indignation only bounced off the walls and fell dead on the floor as the not a single mainstream media outlet reported on it. Standing in the future, I can now see why.

Which brings me to the reason I am sharing my thoughts... This year, NY State jubilantly, to cheers and standing ovations, passed its law that allowed babies born alive to be left to die and in the same breath Virginia attempted to pass a similar infanticide law that would spare an abortion Doctor or the mother any criminal murder charges if they chose to let a baby suffer and die that had been born alive. Reading about this in the Mainstream media reminded me of a time when we were perhaps a bit more moral, a tiny bit more Christ-like, where bipartisanship played together and refused evil...just 6 short years ago, in Florida and also in  Philadelphia, Pennsylvania where the most gruesome and evil serial killing of babies that were born alive took place and the community was OUTRAGED to the point of sending Gosnell to prison for his hideous crimes against humanity! I remembered that I had read and even shared on Facebook, a Congressional letter that was co-written by Marsha Blackburn and Steven Scalies and signed by 70 other members of Congress back in April of 2013.

This wasn't just any letter, this was a letter of contempt that was written by Congressional individuals and mailed directly to the 3 major media outlets: ABC, CBS, and NBC. This letter was an unprecedented move for members of Congress to actually CALL-OUT the Media for their absolute and BLATANT BLACKOUT of the most gruesome and egregious baby murdering case in history as well as keeping the public in the dark regarding the Planned Parenthood scandal with them lobbying the State of Florida to push through an Infanticide bill. I remember, at the time, in 2013 talking to people and asking them what they thought about both issues and to my shock, there were so many that had NO IDEA what I was even referring to!

So, now, 6 years later, seeing planned parenthood and NY State pushing for the same bill to be passed that was completely and with disgust rejected by Florida and watching with utter horror as people stood and cheered as NY State, delighted at the new law that enabled mothers and doctors to actually leave an innocent, BORN baby to die, and then to witness the Baal like offering as the place that is supposed to honor the THOUSANDS of innocent lives that were lost on 9/11 (The Freedom Tower) bathed in a bright pink lights...it was just too much for my mind to even comprehend. And then, Virginia...

I wanted to find a copy of that Congressional Letter and post it to show people that there was once OUTRAGE for even suggesting such a thing and that the bias and unethical actions of the Mainstream Media wouldn't be tolerated in this country and wasn't appreciated by at least 72 members of Congress! I was just going to simply find that letter and post it for all to see, for everyone to remember...just 6 years ago! Being such a landmark move for members of Congress to do, pen such a letter, I figured I would just Google it and not waste time going through my Facebook Timeline. If I couldn't locate the actual letter, there would be hundreds of images of this document...right? How could there NOT be?

Now I do pride myself in being a top-notch researcher and locating this shouldn't be difficult. Boy, was I wrong! It was gone! And I mean completely scrubbed from the internet. I asked one of my Geeky sons to double check for me and he could not find it either, at least not on the surface of the web. He did manage to go to into the bowels of the net where only the fiercest of fish swim and pull up a copy of the DRAFT of this letter! I was pretty impressed that he found the actual draft, but there was no date and no signatures. I needed a copy of the original, with all 72 signatures. I reached out to many of my well connected political friends and they had no luck either. I contacted the wife of our past state Senator to see if her husband could use his connections, or if even perhaps he had downloaded a copy of the letter...I mean this wasn't just any letter, it was a letter SENT TO THE MEDIA OUTLETS, CALLING THEM OUT FOR THEIR BLATANT BIAS AND THEIR NEWS BLACKOUT OF A CRIME OF THE CENTURY CASE and asking them for a response! It was a document of serious importance.

This woman, although, now in hindsight, I believe may suffer from mental instability as her reaction to my inquiry brought out the Hyde in her Dr. Jekyll. She was quite literally setoff that I would even ask her if her husband had a copy of this letter. "Why in the world would he have a copy? This is Federal business, he was a State Senator..." She then expeditiously deleted and blocked me from Facebook. NOW, my Spidey Senses are peaking. Why had this letter been completely expunged from, well, EVERYWHERE? Suffice it to say that at this point I am slightly obsessed in finding this letter as I am now several days into my quest. And I have to admit, all sorts of conspiracy theories are bouncing around in my head; how could a letter such as this just disappear? I am talking, not even in the Congressional archives! So, I wrote to both Blackburn and Scalise...no reply. My last hope was a good friend who is one of our Idaho State Reps. He was in Boise all the time, hobnobbing with all sorts of politicians and getting stuff done. Surely this would be easy for him. Not so much! But after a MONTH of him asking and searching and me pestering him (daily), finally, he found someone that had a copy of the original letter!

So this is what this commentary is all about...THE LETTER! I want you to read it, download it, save it, share it, so that you can show it to your children or grandchildren and explain to them that, at one point in time, members of our United States Congress admitted to the world that our MAJOR NEWS OUTLETS do have a political agenda, that they are Biased and that they hold a scary amount of power in their hands to either sway opinions, outright lie, fabricate stories and worst of all, to keep the American public and the world in the DARK on a subject they do not want to report, a topic that simply doesn't fit their agenda. And so it seems, they have the power, perhaps with the help of the swamp creatures, to clean up something from the internet that could spill over to events in the future. Maybe it validates Trump's comments about the media. In TRUTH, they HAVE become the ENEMY of the PEOPLE!

And without further adieu, HERE IS THE LETTER...

STOP STANDING ON THE X!

PUT YOUR MONEY WHERE YOUR MASK IS–IN YOUR POCKET! TRUMP BRINGS NORMAL BACK! GOVERNORS, MAYORS AND POLITICIANS MEET WITH TRUMP MASKLESS!