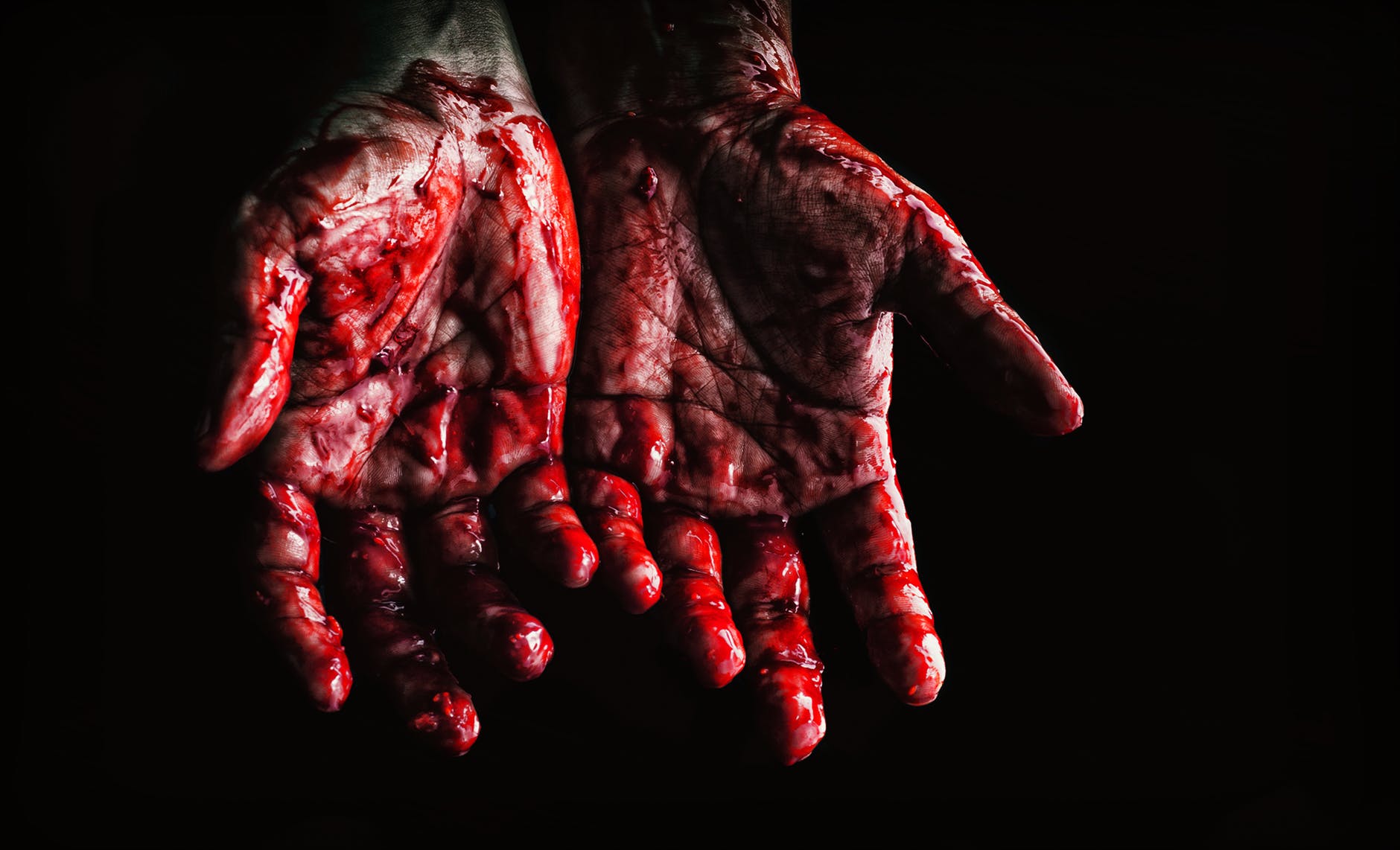 the blood is on your hands!

I am sick and tired of the argument that no one should be blamed for the horrific crimes we are seeing happening now, on a regular basis, but the person who committed the violence!  This is BS!  The LEFT must begin to take responsibility for what is happening in our country!  They have raised a generation of people who believe VIOLENCE is the way to be heard and to solve a problem!  They endorse it, they encourage it.

BLM & ANTIFA were conceived and raised by Liberals and we have heard countless Politicians and Hollywood Celebrities praising these domestic terrorists!  Even our own past President was instrumental in creating these hate groups.  From college campus professors who state publicly that they are, "happy to teach future dead cops" and those who teach our little ones aiming a fake gun at a video of our president and shooting at the screen...black elementary school teachers saying, white people must die...There is a myriad of Hollywood celebrities encouraging people to cause harm to Trump supporters and even calls for the murder of our President.  We are bombarded with politicians on the left unceasingly calling our president and those who support him, RACISTS even though the facts prove otherwise, they just keep saying it so that people begin to believe in their bloody images of…encouraging violence and hatred at every turn. The left will make up a heinous hate crime, in an attempt to frame Trump supporters and then when caught in this LIE...NOTHING, nothing at all...no consequences, no ramification, just close the book on that failed attempt and walk away!  All charges dropped.

The Left must take a hard look at every single one of these SHOOTERS and take responsibility, at least partially for what they have done!  These are people that have been influenced by the rhetoric of the left and their actions for years now!  And instead of taking ANY responsibility for the violence we see happening around us, in our schools, malls, clubs, they blame the weapon.  They blame the gun, the knife, the bomb, the car and ALWAYS as the first knee jerk reaction, they BLAME TRUMP OR HIS SUPPORTERS!  They constantly scream, “White Supremacy!” But they never blame, THEIR rhetoric, their hate, their encouragement to violence!  They never hold Hollywood Celebrities accountable for their calls to violence...their bloody images of our President's severed head.  It is not a hate crime to attack a Trump supporter, no, that has become a game of sport, a Hunger Game!  Maxine Waters was not removed from her political position when she called for violence towards Conservatives, hardly, her constituents CHEERED her on!

Do you not think when you celebrate the murder of babies, stand up and applaud, bathe an iconic building in PINK lights in celebration of the "VICTORY" to kill babies...do you not think that this will have any effect on people?  You are gloriously giddy about dismembering viable children and even wanting to murder those who are born, perfect and alive!  You stand up in our Halls of Justice and proudly proclaim that this is a RIGHT.  And yet you put on a show and cry outrage at the thought of a baby being shot, point-blank by a person who feels these people are NOT wanted!  Do you NOT see what you have done?  ALL the shooters are OFFENDED by something or someone and violence is what they have been conditioned to do.  You have publicly endorsed and weaponized terrorist groups such as BLM and ANTIFA and then you feign horror when these SAME ideologies spill over to average people who think that it is their right to silence those that they dislike or disagree with...silence to death!  YOU HAVE DONE THIS!  The blood is on your hands! You have done this with your Fake News, with your hateful rhetoric, with your complicity to hate crimes against Conservatives, against the unborn, against anyone who disagrees with the Progressive Left!  You literally indoctrinate school children with your hate!  Before the election, I heard elementary school children say that “Trump was a bad man” and "I hate Trump!" When I questioned them about this, I was told that their teacher told them that! This is something I will never forget and disturbs me to this day.  YOU ARE TEACHING OUR CHILDREN TO HATE!

You believe it is a woman's RIGHT to use abortion as birth control to kill innocent babies--millions of them, simply because you feel they are unwanted or a burden on society, but you have moral outrage when someone feels the same way about those they feel shouldn't live!  YOU HAVE DONE THIS!  THIS IS THE CULTURE YOU HAVE CREATED…

You have formed this ideology that it is someone's "RIGHT" to murder!  You have encouraged it!  You are teaching it to our children, Hollywood is encouraging it and politicians are endorsing it!  STOP blaming the weapon and start blaming yourselves!


ALL images used in this site rely on the U.S. Copyright law doctrine of “Fair Use” with No Copyright Infringement intended.

MAKE MY DAY! YIPPEE-KI-YAY! EVERYONE WANTS THE GOOD GUY TO WIN EXCEPT THE LIBERALS- IN REAL LIFE.