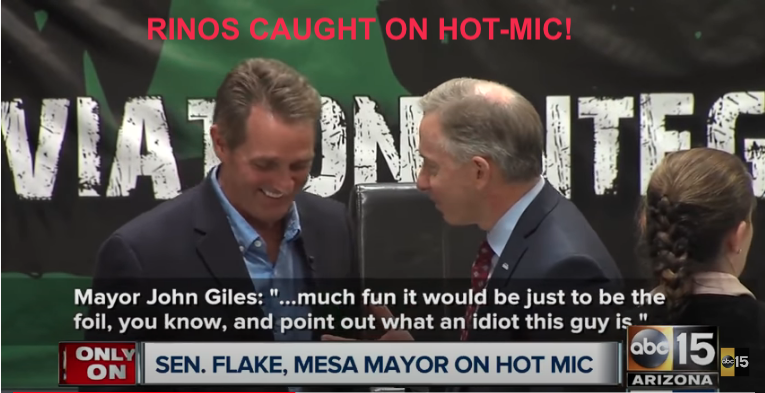 Ex-Senator, Jeff FLAKE certainly lives up to his name as we see here in one of those AWESOME and revealing, HOT-MIC moments!

It is NO secret that Jeff has Flaked on Trump on so many occasions it is hard to keep count.  But it seems that Flake's flakiness was mostly in a private setting while he was an Arizona Senator...secretly hating Trump and conspiring against him. At the same time he voted overwhelmingly for Trump's Appointees and his agendas, all the while stabbing him in the back.  This was a well known fact to those RINO'S who knew that Trump was in it to win it and to expose not only the Liberal leftists intent on destroying this country but also the  RINO'S who knew that they eventually had to raise their head from the murky depths of the swamp sooner or later and like Romney, utterly expose themselves.  And here you have it!  Although, not near as GRANDIOSE as Obama's Russian, hot loving Mic moment but just as despicable. 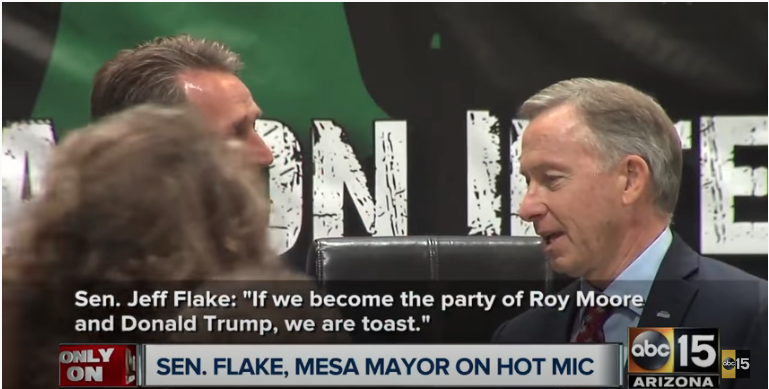 What is most ironic about this little listen-in, is that the truth is clearly revealed.  It not that they really think Trump is an idiot, it's more like they KNOW if men like Roy Moore and Trump are in charge of the rodeo, the RINO'S are doomed.  This is why they went after Judge Roy Moore like rabid dogs.

LIBERALS ARE SEXUALIZING OUR CHILDREN AND GROOMING THE PEODOPHILES