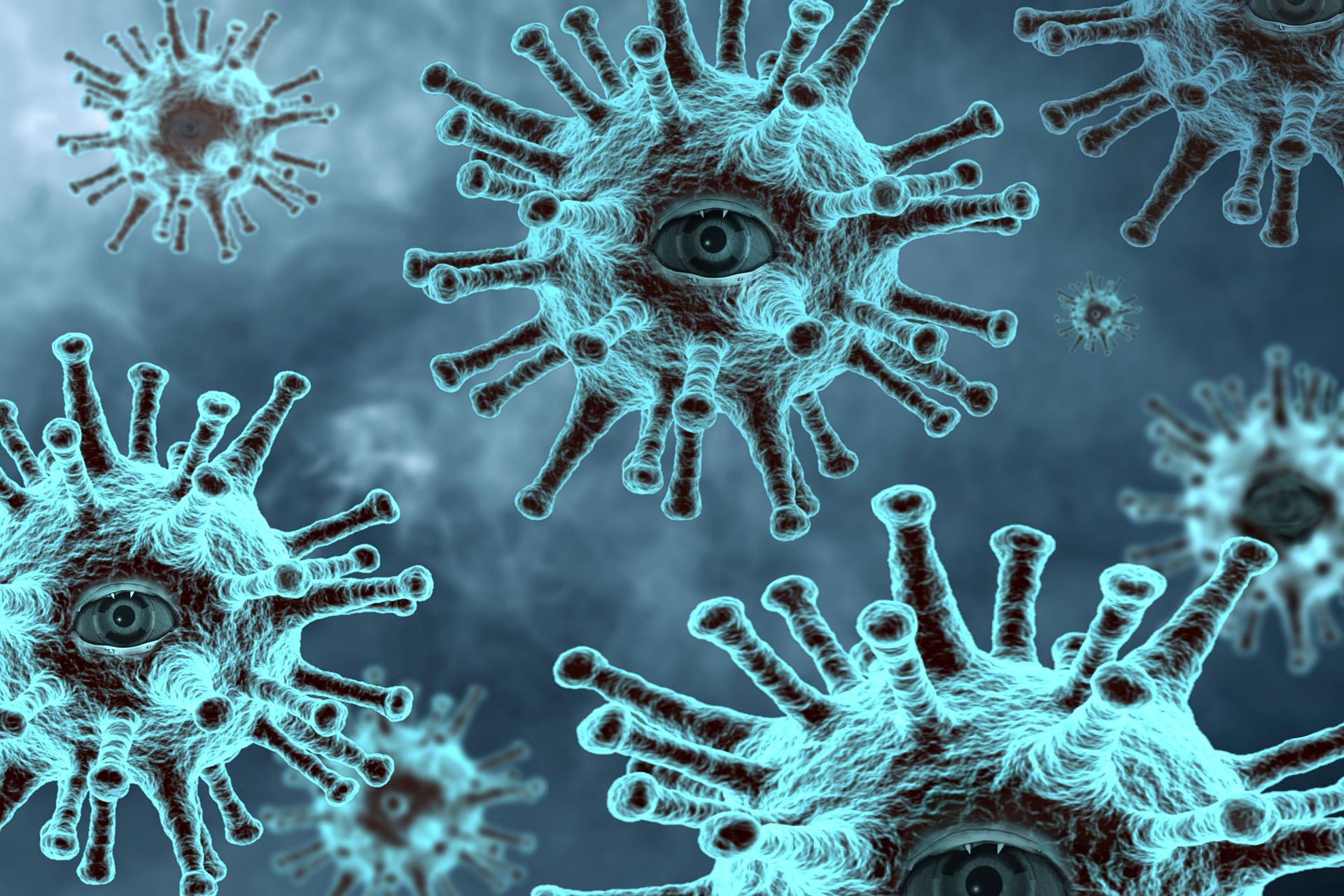 Remember these words: "we wanted to present a narrative..."

I don't believe that there is one sane person out there that isn't hot-damn mad at the DICTATOR politics being played on us.  Firstly, how we allowed our state governments to lock us in our homes, force us to wear masks, convinced us that we couldn't hug our grandchildren--because they may kill us!  HOW DID THIS HAPPEN?  Not just for a few days or a couple of weeks, no, FOR MONTHS! Thousands, if not TENS OF THOUSANDS of small businesses are now in complete financial ruin, to never open their doors again.  Jobless claims at a historic rate of 1.5 million just this week, drug abuse and overdose skyrocketing, suicides committed at mind blowing rates, child abuse cases astronomically high...and the entire country, the entire world closed its doors and we all obeyed.  It didn't matter that people were dying, suffering, financial ruin for many...we were "all in this together!"  This lockdown hoax didn't discriminate by race; it sure didn't, we were all ONE; One Nation Under Confinement, with NO Liberties or Justice for all.  Where we go one we go all, right into the depths of despair, together.  At least we were all in this TOGETHER!

There were protests held at many state capitol buildings, defying the "stay-at-home order" maskless people who weren't socially distancing as they let their grievances out and questioned the "experts" and the myriad of false and confounding data...they protested the governments overreach into their lives and their liberties.  The police were called to disrupt these protests, lines of police guarded the White House and every other government building that saw hundreds of people come out in protest of the Lockdown.  Governors, especially in Democrat states were single handedly choking their citizens in a Dictator's grip of death.  Business owners who defied the ORDERS and opened their businesses are jailed, surfers who are out, alone in the water are JAILED, mom's with kids on playgrounds letting their little one's get fresh air and play are arrested!   State Governors at their own discretion have dictated to their constituents that Religious services are dangerous and must not happen, no weddings, no funerals, no social contact until they say so and then, ONLY ON THEIR TERMS!  And Damn it, you better wear your mask!

The entire country SHUT DOWN and people cowered in their homes, allowing the state governments to take complete control...allowing them to financially devastate and emotional damage its citizens.  AND MOST PEOPLE OBEYED!  If you protested the lockdown you were chastised as being socially irresponsible and intentionally spreading the Coronavirus.  If you didn't wear a mask to protect others against YOU, you were labeled selfish, only caring about yourself.  Now before I continue I want to share an open letter, signed by over 1,200 "Medical Professionals"  mostly from Washington State. 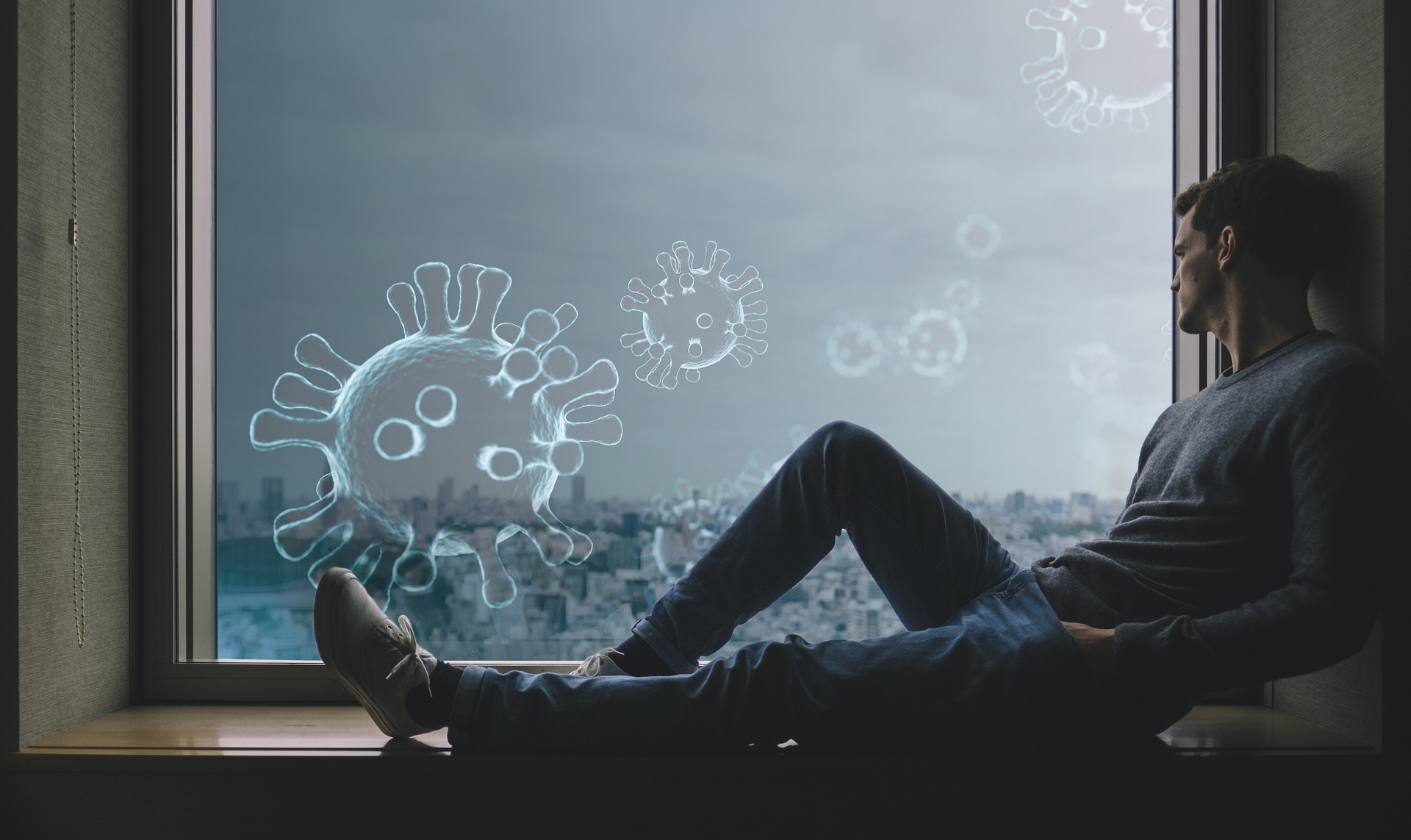 PREPARE YOURSELF FOR WHAT YOU ARE ABOUT TO READ!

If you have duct tape, wrap it around your head before reading this.  Perhaps take a sedative and let it kick in before you lay your eyes on this extrapolation of Anti-White, Liberal Compassionate Racist garbage.  I want you all to start using the term, "Compassionate Racism" as much as possible because, well...racism of all types must be exposed, even the Liberal type!

"On April 30, heavily armed and predominantly white protesters entered the State Capitol building in Lansing, Michigan, protesting stay-home orders and calls for widespread public masking to prevent the spread of COVID-19. Infectious disease physicians and public health officials publicly condemned these actions and privately mourned the widening rift between leaders in science and a subset of the communities that they serve. As of May 30, we are witnessing continuing demonstrations in response to ongoing, pervasive, and lethal institutional racism set off by the killings of George Floyd and Breonna Taylor, among many other Black lives taken by police. A public health response to these demonstrations is also warranted, but this message must be wholly different from the response to white protesters resisting stay-home orders. Infectious disease and public health narratives adjacent to demonstrations against racism must be consciously anti-racist, and infectious disease experts must be clear and consistent in prioritizing an anti-racist message.

White supremacy is a lethal public health issue that predates and contributes to COVID-19. Black people are twice as likely to be killed by police compared to white people, but the effects of racism are far more pervasive. Black people suffer from dramatic health disparities in life expectancy, maternal and infant mortality, chronic medical conditions, and outcomes from acute illnesses like myocardial infarction and sepsis. Biological determinants are insufficient to explain these disparities. They result from long-standing systems of oppression and bias which have subjected people of color to discrimination in the healthcare setting, decreased access to medical care and healthy food, unsafe working conditions, mass incarceration, exposure to pollution and noise, and the toxic effects of stress. Black people are also more likely to develop COVID-19. Black people with COVID-19 are diagnosed later in the disease course and have a higher rate of hospitalization, mechanical ventilation, and death. COVID-19 among Black patients is yet another lethal manifestation of white supremacy. In addressing demonstrations against white supremacy, our first statement must be one of unwavering support for those who would dismantle, uproot, or reform racist institutions.

Staying at home, social distancing, and public masking are effective at minimizing the spread of COVID-19. To the extent possible, we support the application of these public health best practices during demonstrations that call attention to the pervasive lethal force of white supremacy. However, as public health advocates, we do not condemn these gatherings as risky for COVID-19 transmission. We support them as vital to the national public health and to the threatened health specifically of Black people in the United States. We can show that support by facilitating safest protesting practices without detracting from demonstrators' ability to gather and demand change. This should not be confused with a permissive stance on all gatherings, particularly protests against stay-home orders. Those actions not only oppose public health interventions, but are also rooted in white nationalism and run contrary to respect for Black lives. Protests against systemic racism, which fosters the disproportionate burden of COVID-19 on Black communities and also perpetuates police violence, must be supported.

Therefore, we propose the following guidance to support public health:

● Support local and state governments in upholding the right to protest and allow protesters to gather.

● Do not disband protests under the guise of maintaining public health for COVID-19 restrictions.

● Advocate that protesters not be arrested or held in confined spaces, including jails or police vans, which are some of the highest-risk areas for COVID-19 transmission.

● Oppose any use of tear gas, smoke, or other respiratory irritants, which could increase risk for COVID- 19 by making the respiratory tract more susceptible to infection, exacerbating existing inflammation, and inducing coughing.

● Reject messaging that face coverings are motivated by concealment and instead celebrate face coverings as protective of the public's health in the context of COVID-19.

● Prepare for an increased number of infections in the days following a protest. Provide increased access to testing and care for people in the affected communities, especially when they or their family members put themselves at risk by attending protests.

● Support the health of protesters by encouraging the following:

○ Use of face coverings.

○ Distance of at least 6 feet between protesters, where possible.

○ Demonstrating consistently alongside close contacts and moving together as a group, rather than extensively intermingling with multiple groups.

○ Staying at home when sick, and using other platforms to oppose racism for high-risk individuals, and those unable or uncomfortable to attend in person.

● Encourage allies who may wish to facilitate safe demonstrations through the following:

○ Providing eye protection, such as face shields or goggles, for protection against COVID-19 and chemical irritants used to disperse crowds.

○ Providing chalk markings or other designations to encourage appropriate distancing between protesters.

○ Supplying ropes, which can be knotted at 6-foot intervals, to allow people to march together while maintaining spacing.

● Listen, and prioritize the needs of Black people as expressed by Black voices.

These are strategies for harm reduction. It is our sincere hope that all participants will be able to follow these suggestions for safer public demonstrations, assisted by allies where possible and necessary, but we recognize that this may not always be the case. Even so, we continue to support demonstrators who are tackling the paramount public health problem of pervasive racism. We express solidarity and gratitude toward

demonstrators who have already taken on enormous personal risk to advocate for their own health, the health of their communities, and the public health of the United States. We pledge our services as allies who share this goal."

So, did your head EXPLODE?  "White supremacy is a lethal public health issue that predates and contributes to COVID-19"

I can't even...if I could stutter my typing, I would.  Just when you think things couldn't possibly go beyond the realms of the Twilight Zone, they do.  I almost want to leave this discussion right here, because...racism...but I just can't!  So, just like that, WE ARE NOT ALL IN THIS TOGETHER.  The Narrative has changed...AGAIN!  Forget the lockdown, dismiss the idea of mandatory vaccines, do not think about all the bankrupt businesses, stop questioning dictator-like Governors and bring on WHITE SUPREMACY!  And for Goodness sakes, TAKE A KNEE!  If you care you will!

How many times can the Liberals play this record?  Is there a way that we can start a Go FUND Me account to send ALL OF THESE people to Africa, especially the White, Progressive Liberals, where they can put an end to Black Slavery there?  Tens of millions of people are held as slaves in parts of Africa today!  These are Black people, RIGHT NOW being kidnapped and sold as slaves; sex slaves, forced labor slaves, child slaves...There is NO, WHITE SUPREMACY there, just dark skinned people forcing other dark skinned people into slavery. Sound familiar?  Ah, but who cares about those people, it's really about the United States with its welfare, public housing, SNAP benefits, affirmative action, cries for reparations and WHITE SUPREMACY!  Oh and the Coronavirus, which evidently, according to over 1000 "health and medical professionals" is a result of those superior White people, like those who armed themselves to protect their towns from those who were intent to cause mayhem, also known as, "PROTESTORS!"  So then, what about all the Black people that came out right alongside White people to protest the lockdown?  Nothing was burned or destroyed, no one was murdered...people of all colors came out together to tell their State Governors that ALL LIVES MATTER and the ALL PEOPLE WERE ESSENTIAL!  So, what about that?  Nothing, because it doesn't fit the narrative being push and it was DANGEROUS to have solidarity between the citizens of the country and it's equally terrifying to those controlling the BLM agenda to see Blacks and Whites, Democrats and Republicans, conservatives and liberals standing in front of City Halls screaming, "WE WANT OUR FREEDOM BACK!"  Nope, can't have that...in comes George Floyd to reset the racial narrative, to get it back on track.   I say, LET'S CUT THE TRACKS! 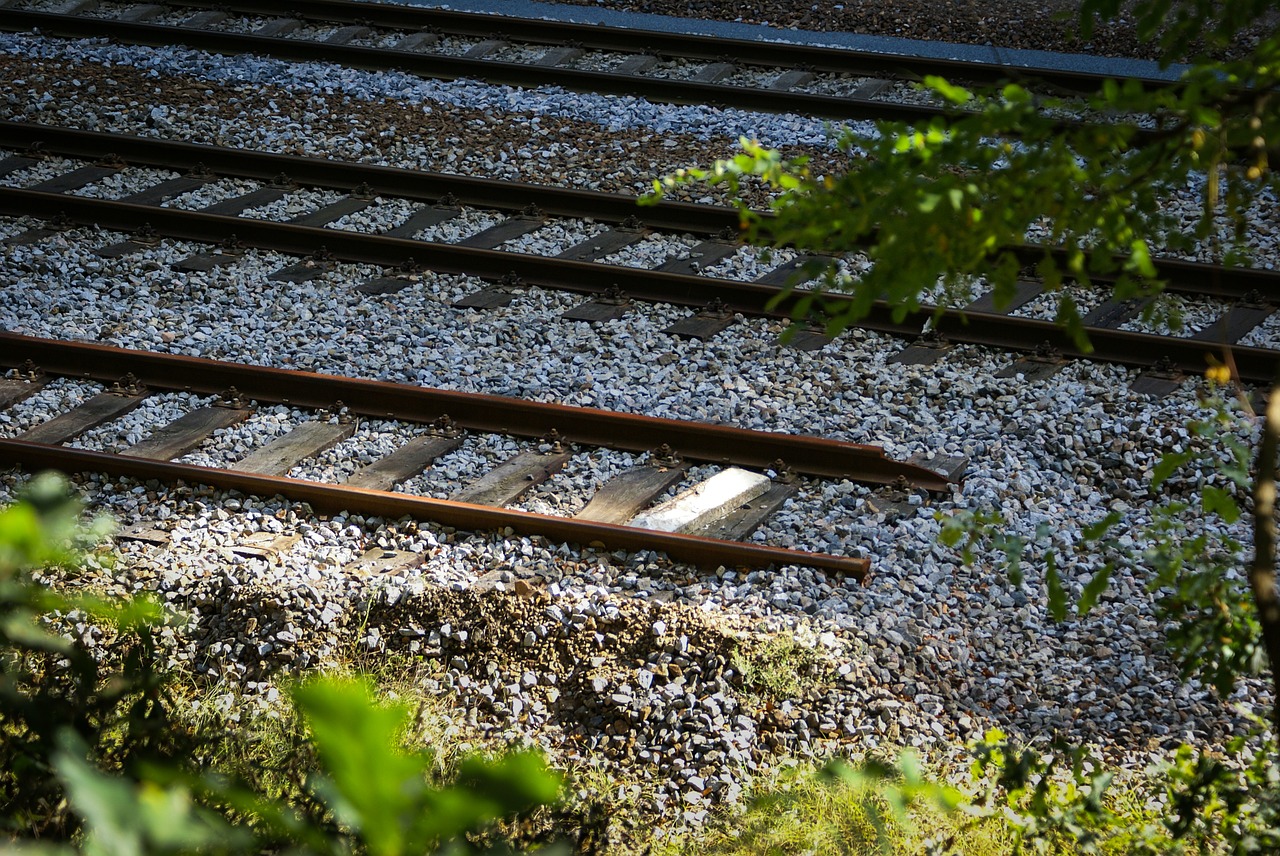 THE REAL BIG LIE! CLINTON BUSTED! “WHAT DIFFERENCE AT THIS POINT DOES IT MAKE?”