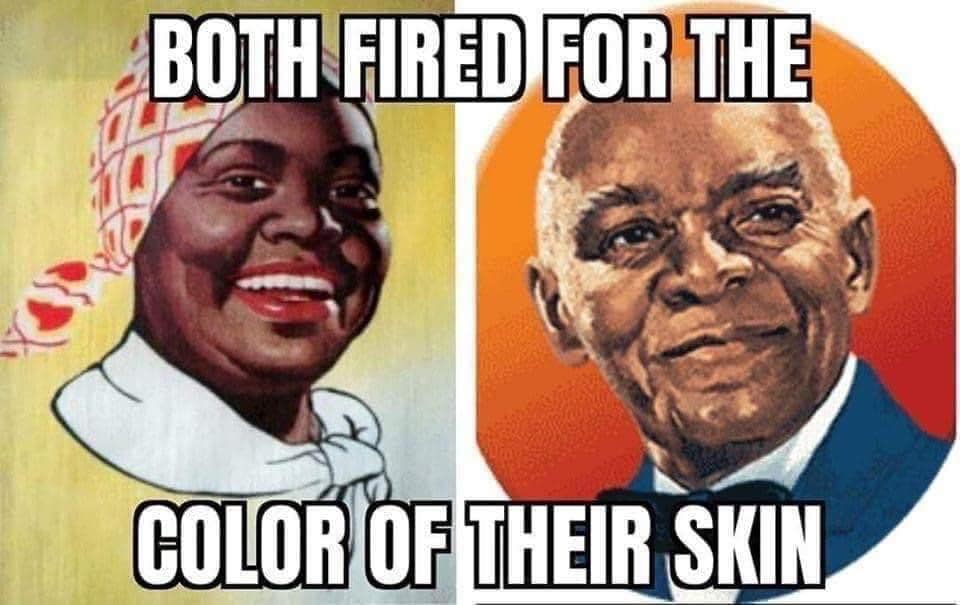 Remember not so long ago and I mean just a couple of weeks ago, when we were all in this Corona boat together.  Everyone, together, suffering, alone, together!  Radio stations put out PSA's to remind us that, as a country it didn't matter what color you were, it didn't matter your social status, we were all in this lockdown together. Shucks, even Nancy Pelosi showed us how she was coping with all this suffering by giving us all a glimpse of her designer ice cream.  But then, people finally had enough, when business began to fold, when bills couldn't get paid, when children began to drive their parents out of their mind, people came together again, but this time they actually CAME TOGETHER.  ONE voice, all colors, all political affiliation to demand freedom from dictator Governors. I recall watching the news last month and saw more than 2 thousand protestors at California's State Capitol.  I was amazed by what the newscaster on the scene had to say.  The gal at the station was asking him questions about the types of people there, specifically their political affiliation.  As the cameraman panned out, there were Black people, White people, Asians, Mexicans, Native Americans, it appeared all ethnicities were represented.  And then I was just as shocked at his comment when he said he had spoken to Democrats and Republicans alike, out there protesting the California Governor's shut down. But the most interesting thing I saw, and now in hindsight it is foreboding, were people wearing shirts that said, "Resist. Rise. Revolt. Reopen." hmmm...interesting.  This was just TWO DAYS before the death of George Floyd.  There were NO race cards at any of these lockdown protests because we were all equally affected. The only people less affected were essential workers, but we didn't see anyone dragging truck drivers out of their rigs and beating them up for their ESSENTIAL STATUS!   No one was punching grocery clerks in the face because they were actually getting a paycheck.  However, the LA Times wrote this: "Role of extremist groups at California lockdown protests raises alarms."  NO RIOTS, NO LOOTING, NO DESTRUCTION!  But these protesters were "raising alarms."  Not because they were at the protesting at the Liberty Fest in Sacramento for their freedoms, but because they were all coming together to protest Governor Newsum!  If California flips colors...VOTES!

Think about it, this was the ONLY TIME IN HISTORY where humanity was all suffering the same fate, and especially at the very beginning of the RONA, we were all afraid of the same enemy and if we were not careful, we could die.  This narrative was pushed day in and day out by the Media Monsters, the politicians and social media.  3 weeks they told us, which turned into months. The death toll rang every minute to remind us how dangerous this virus was. And then just about every Governor in the country, but especially those Democrat states got very drunk on their new found dictator flavored Kool Aid. And as more information became available with conflicting data, death rates that were padded, Fauci acting like a bobblehead on the dash of an old Rambler going down a bumpy road;  people began to question...not just White people, but ALL people!  VOTES!

What happens when all races get together to protest against their state governments?  VOTES!  That's what happens!  And this isn't just a Red state, Blue state issue, it's been an all states conflagration. There have been only a handful of states that didn't comply with a full lockdown and their votes are safe.  But when the masses revolt, in unison, that vote is up for grabs and the politicians know that all to well.  As I said, this is something that has NEVER, EVER, in the history of the world, happened.   Does the Black man in Detroit who owns a "non-essential" business feel any differently than a White man in Idaho who also owns a "non-essential" business?  NOPE, they are both in the same boat, all in this together, but apart!  The politicians as well as the Media knew once they began to see anti-lockdown protests that they were in trouble, because...VOTES MATTER and with our Presidential election less than 1/2 year away, VOTES matter more!

Bring on the the distraction!

Never let a good crisis go to waste and there is no better way to put an end to millions of people, coming together to protest their State Governments than starting a good ole fashioned RACE WAR! And that is exactly what is happening here.  The Liberal Left knew that they would lose votes and a LOT of them if they didn't do something fast.  They had to keep their Nazi Dictator thrones as they choke their citizens to death for their own good, demanding complete compliance.  It was becoming painfully obvious that there was going to be some color changes (votes) in the near future so they took the lead and flipped the narrative---a race war, with the help of George Floyd of course.  Now we all know that Floyd was not the model Martyr for their cause, a career, violent criminal and a drug addict, but he was all they had at the time and with the help of the Media Monsters, a myriad of  Liberal, compassionate racists, more than willing rioters, looters and killers, they could very quickly change our focus from their authoritarian regimes to "racial injustice!"  And what a good job they have done...all of them.  Our eyes are now glaring to see which city is going to burn tonight, what hoodlums might be lurking around the corner and SEATTLE!  Oh yes, can you say, well organized takeover? I wonder who's paying for that.  Appeasement is now on the menu, whatever it takes to calm the angry villagers...Togetherness is now Gone with the Wind as Atlanta burns.

So now, we are NOT all in this together. Anti-lockdown people are demonized, while rioters and looters are praised even called "Patriotic."  Sadly, our togetherness is gone and I shudder to think what event would bring back that feeling and ideology. 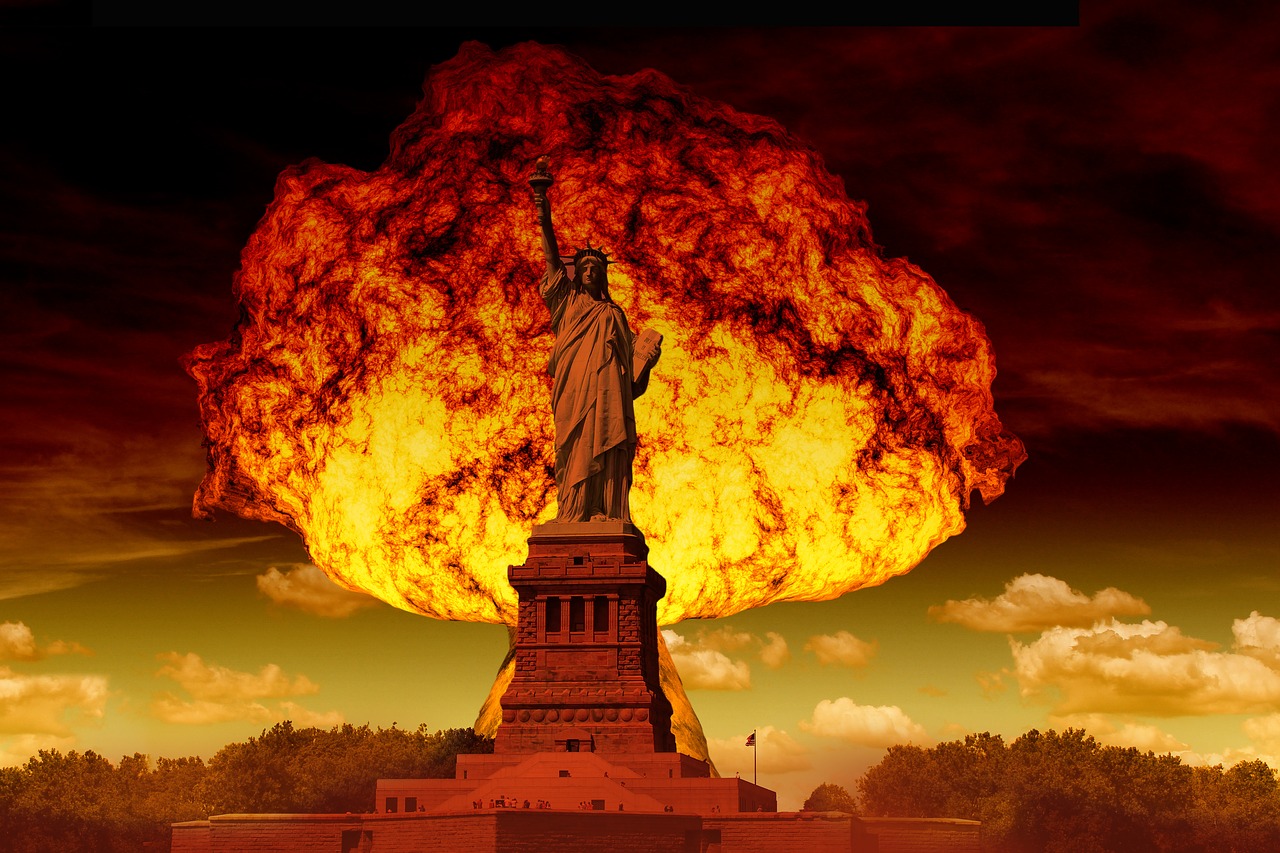 Tags: compassionate racism, coronavirus, covid, gone with the wind, in this alone, in this together, Liberal Democrat, Red state blue state, VOTE