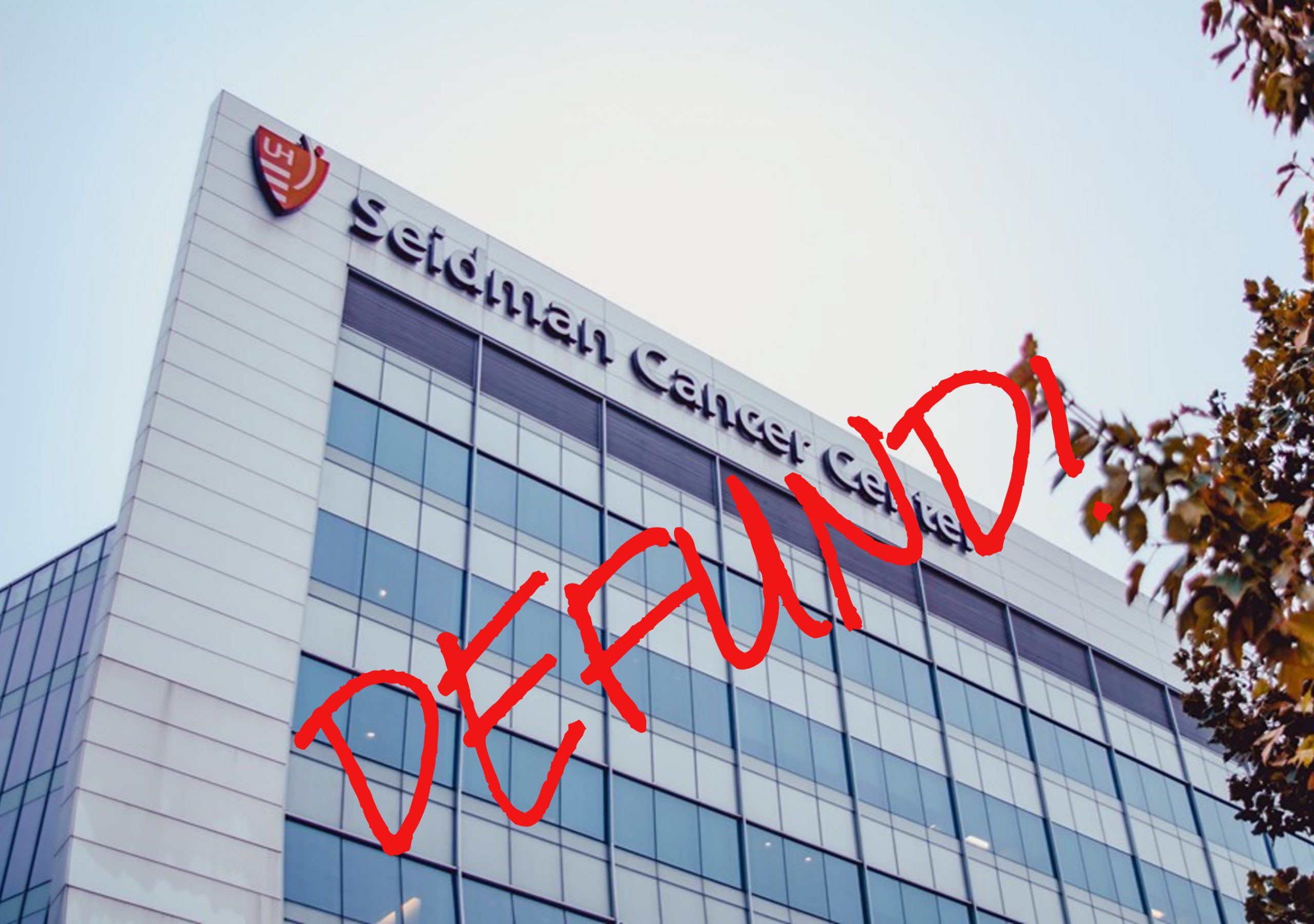 I just thought I would get a jumpstart on the next BIG NEWS STORY!  After all, according to "statistics" the malpractice cases and "accidental" deaths caused by those in the Medical field are higher for Black people than Whites.  "A Johns Hopkins study found that minorities who appeared at an emergency room with stroke symptoms were significantly (20-30%) more likely than white patients to be misdiagnosed. Black patients with chest pains are also less likely to be referred for advanced cardiac care. In addition, minorities are frequently misdiagnosed with psychiatric conditions. There is also evidence that non-white individuals are less likely to be believed when they complain of pain symptoms and receive less adequate pain treatment than their white counterparts."  https://medlaw1.com/does-race-play-a-role-in-medical-malpractice/

So, if the statistics are indeed correct and more Black people die of medical "mistakes" then it would seem reasonable that the new, Progressive, Extreme ALT-Left group, Black Lives Matter would have no choice but to DEMAND these RACIST Doctors be defunded and leave their practices and hospitals IMMEDIATELY!  Now understand, I am not one who frequents the Doctors office, except to encounter the boob smasher once every couple of years, so it is difficult for me to relate to some of these forthcoming comments.  While researching this soon to be HOT TOPIC, I found some statements, directly from the Black community regarding the reason they distrust Doctors.  These findings came from an actual study by US National Library of Medicine National Institutes of Health where they found 34 Black men and 32 Black women in hospital settings in Chicago, Il. who were will to participate in this collaborative.  It was an extremely good read and I encourage you to take a look, but there were some issues discussed that I found most interesting...

"Because you going to know in the first 30 seconds, ‘Oh, he's a jerk.’ Some of them even won't say ‘Hi.’ They just start doing things. (Male participant)  Alright, since I rarely visit the Dr. but I do frequent the Vet and have changed vets several times due to this VERY SAME issue...and now I know why.  It's because I have a huge BLACK dog!  I can now say for certain that this is the reason that I have such difficulties finding a good vet or a good Vet staff.  I see those people walking out with their little, fluffy White dogs and they all seem so please with their experiences!  Nope, not me!  I even had one of the WHITE women behind the desk tell me I should get my beautiful, big, Black dog neutered so he couldn't make any more little black babies!  Wow, I'm starting to get it.  I'm identifying...not quite a Rachel Dolezal, but I feel the discrimination! 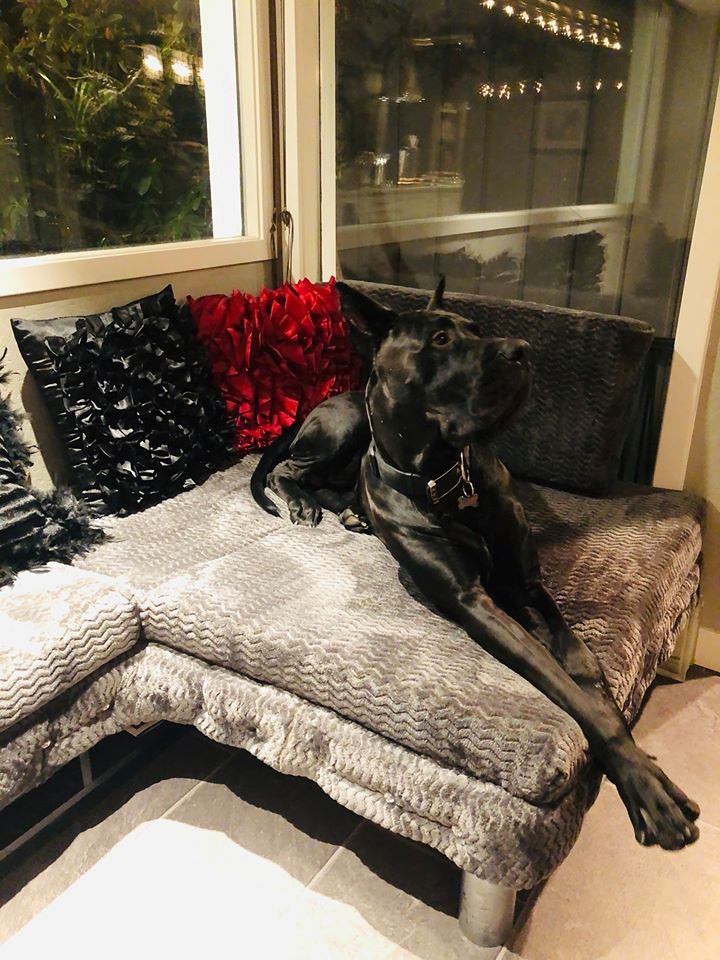 "It's a big problem when [the doctor] don't understand you and you don't understand nothing he's saying, cause he's telling you to take these [medicines] (Male participant)"  Well, I can certainly see how that would be an issue.  Foreign doctors?

"I have something with Asian doctors … because of the language barrier and the culture barrier, I do not like them. (Female participant)"  Hmmm, I always thought this was an urban legend stereotype...guess it's not. Not racism, she just doesn't like them because of their language and culture. Or maybe, it's just because they are Asian...not racist.  😉

"It's mostly the character of the person. It's not really the color. (Male participant)"  Weird, that is how THE MAJORITY of the country also feels!  ABOUT EVERYONE!

"I have had both Black and White doctors and I really have never had a bad experience. (Female participant)"  Well, this is just one person's opinion.  I am sure she doesn't in any way represent the majority of Black folks.

There are many more comments on different subjects but these were the most interesting to me.  However, we still have that issue of the much higher rate of medical malpractice for Blacks than Whites...I think, because I really can't find any real evidence to substantiate this claim BUT LOTS OF PEOPLE ARE CLAIMING IT.

The Americanba.org claims, "Why are black people sicker, and why do they die earlier, than other racial groups? Many factors likely contribute to the increased morbidity and mortality among black people. It is undeniable, though, that one of those factors is the care that they receive from their providers. Black people simply are not receiving the same quality of health care that their white counterparts receive, and this second-rate health care is shortening their lives."  Now I can't seem to track down any hard statistics regarding the actual percentage of Black Malpractice cases vs White one, but I did indeed find page after page of Lawyers willing to represent the families of such people, where racist medical malpractice is evidently rampant. And according to Forbes, Medical mistakes/malpractice is the 3rd leading killer in the US.  Like WAY more than the police kill and from everything I have read Blacks really suffer and BLACK LIVES MATTER must demand justice!  CLOSE DOWN THE HOSPITALS!    It's simply the next logical, illogical next step.

I do think I have made the case as to why the Alt-Left political group, Black Lives Matters will soon be demanding that ALL doctors and Hospitals around the country be DEFUNDED!  They kill many more Black people every day than the police do in a year!  You see they just haven't gotten around to announce it yet.  They've been busy tearing down statues, forcing Black icons like Aunt Jemima and Uncle Ben to exit stage Left, and not to mention all their hard work out in Seattle...it takes time and effort to herd cats.  I just wanted you to read it here first.  OH AND I ALMOST FORGOT!  This defunding doesn't apply to any planned parenthood strategically placed in Black communities because...they aren't racist.

George Floyd had Violent, Criminal Past!

BLACK LIVES MATTER, BET YOU DIDN’T EXPECT THIS! YOU’VE BEEN HIJACKED BY THE GREAT, WHITE AWOKENING!