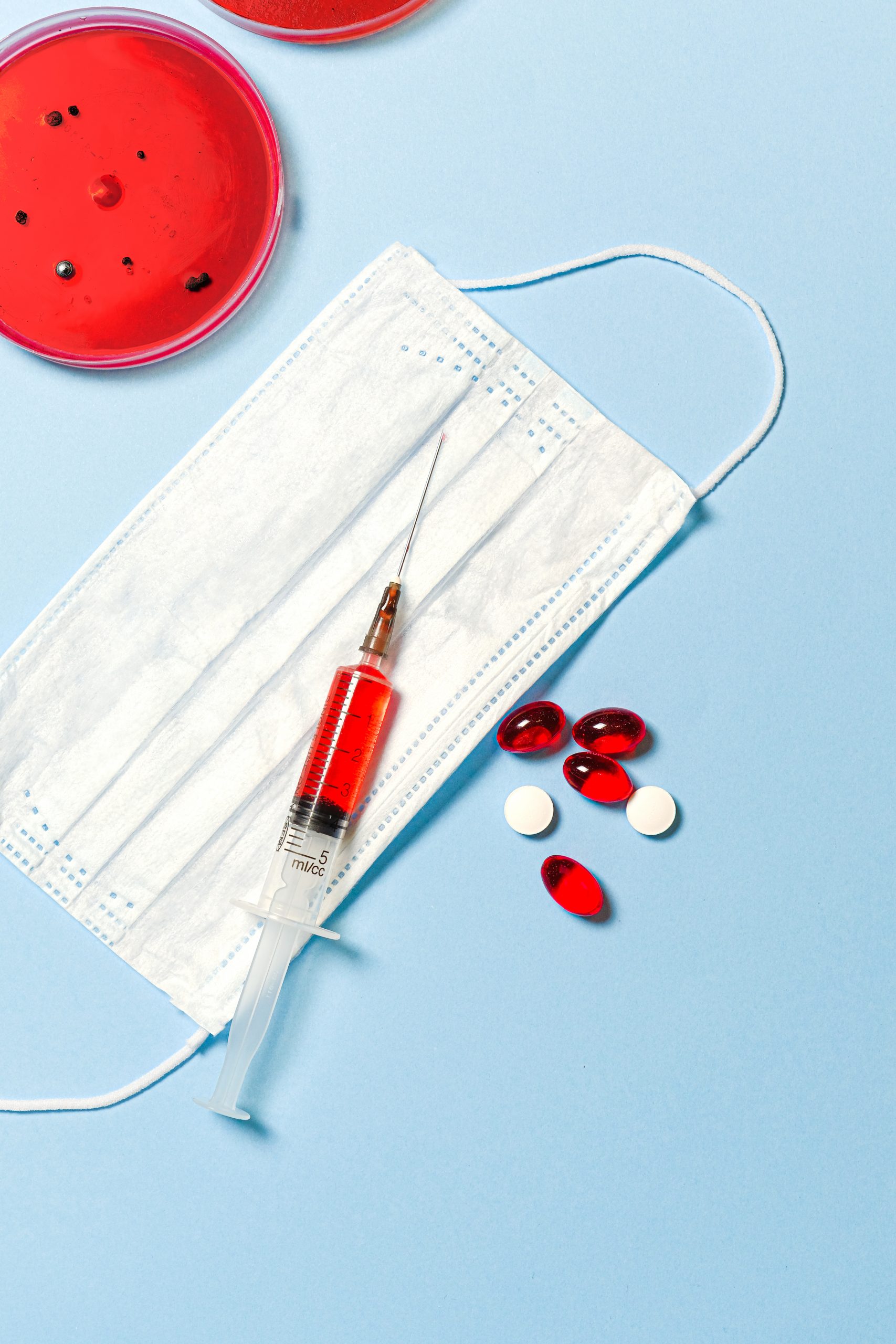 We all remember when President Trump announced to the world that he had heard of this drug combination that was proving effective to treat the dreaded, deadly, COVID.  Some of us also recall, the great god, Fauci immediately dismissing Trump's statement regarding the use of Hydroxychloroquine to treat COVID patients.  He downright mocked him publicly!  In hindsight, and now knowing the nefariously close ties Fauci has with BIG PHARMA, listening to him negate the hope that Trump has for this drug being a "game changer" for those infected with CV-19 is just plain scary.  It's not like the President of the United States had a dream that this drug would work, it not like his "good feeling" about this drug came from thin air...this information actually came from Doctors and Scientists, and his REAL (not the fake, Fauci/Birx faces) medical team told him that this drug and the combination with the antibiotic, Z-pac had shown tremendous results.  So, why not try it on seriously ill people?  Why would Fauci be so opposed to allow people very sick with the RONA to have the opportunity to see if this drug combination worked for them?  Well...because...PROFITS!

But why push an inexpensive, common drug that actually helps many of those suffering and or dying from this virus when BILLIONS can be made on the creation of a vaccine?  YOU DON'T!  Plain and simple, and Fauci showed his colors in true form on March 20th, at the White House Press Conference.  Fauci couldn't even admit that there had already been thousands of success stories around the world using this drug to cure or cut short the RONA.  WHY?  Why would Dr. Fauci, try to discredit President Trump who OBVIOUSLY was consulting with Scientists, Doctors, Heads of State, and was certainly NOT using his OWN non-medical credentials to recommend a drug that was proving to be very successful in treating COVID?  Wouldn't Fauci also want a CURE for the "deadly" illness?  OR, is he just pushing a vaccine, and if so why?  So, I think most people have heard that Dr. Fauci is the director of the National Institute of Allergy and Infectious Diseases (NIAID), I mean come on, that is pounded into our head almost daily..  And interestingly enough, Fauci is in a partnership with pharmaceutical company Moderna, Inc. to develop and market a vaccine for COVID. Fauci is pushing his relationship with Moderna like a caveman who just discovered the wheel, and the FDA is approving Modernas clinical vaccine trials.  Oddly enough, Fauci has close ties with the Wuhan Lab in China and to this day, vehemently DENIES that this virus came from the Wuhan Lab...as do many "scientists" with a Left leaning agendas. This, "naturally occuring virus" spin is a total cover-up that is gaining a strong foothold.  But the truth will come out...it always does...eventually.

First let me say that vaccines are the MOST profitable product in the Pharma world.  Billions of dollars are made every year on vaccines.  Everyone in the world is vaccinated against something and now we have so many fighting to be the first to come out with a vaccine for the COVID.  The thing about vaccines as opposed to other "drugs" is that there is ZERO repercussions to the maker if there is harm to the general public.  That's right.  In 1986 an entity called the "Vaccine Court" was established to give a "no-fault" status to vaccine makers.  This court doles out money to people injured by vaccines, literally by the BILLIONS. "Payouts by the national Vaccine Injury Compensation Program, or VICP, have now topped $4 billion" by 2018.  So, unlike other drug companies,  Purdue Pharma for instance, who is the developer of OxyContin, who has been sued for 10 billion from families of people addicted or those who have Overdosed from this drug, vaccine makes are safe from ANY legal action, which makes it a cash-cow for whoever is first to develop a vaccine for whatever ails us.

VACCINES ARE MOTIVATED BY PROFITS NOT SCIENCE

"The Advisory Committee on Immunization Practices (ACIP), a group of individuals hand-picked by members of the Centers for Disease Control and Prevention (CDC), recommends which vaccines are administered to American children. Working mainly in secret, ACIP members frequently have financial links to vaccine manufacturers. Dependent on federal CDC funding, administrators of state vaccination programs follow CDC directives by influencing state legislators to mandate new vaccines. Federal vaccine funds can be denied to states that do not “vigorously enforce” mandatory vaccination laws.

Conversely, the CDC offers financial bounties to state departments of health for each “fully vaccinated” child. In a recent year, the Ohio Department of Health received $1 million in such CDC bonus payments.

At CDC national immunization conferences, Merck and other vaccine manufacturers wine and dine thousands of attendees who make their living promoting and administering vaccines." https://www.wellbeingjournal.com/

So, knowing that a hydroxychloroquine pill costs just a few cents and maybe sold at $20 for a prescription, there is absolutely NO profit of any means to be made in using this as a remedy for treating the COVID!  But it works on a LOT of people!   So back to Fauci and his partnership with Moderna Pharma.  If they prove to come out with a verified, effective vaccine, I would assume that Fauci will win  big as well.  Perhaps that is the major reason that the good Dr. is doing everything in his power to dissuade the public, utilizing the Media Monsters as his henchmen to not use or trust Hydroxychloroquine.  This is not ALL about Trump Hating, it's also about Money Loving!

Hydroxychloroquine is cheap, it works on many and there is NO profit in it...only saving lives.

AND, Vaccines are immune to lawsuits!

It seems like greed and/or Trump hating has taken center stage in whether or not to use HQC to treat COVID infected individuals. Remember when Governor Cuomo, who was at the Epicenter of the COVID deaths, BANNED the use of HCQ in NYC.  Well, that kinda changed when people DEMANDED that treatment and now all NYC hospitals are prescribing it to their CV-19 patients and thousands of doctors worldwide are also disregarding what the Liberal, Trump hating experts are saying and using this drug with great success.  Remember this is NOT a dangerous drug and has been used for almost 100 years as an antimalarial drug given to thousands of people traveling to places where malaria is prevalent and even long in its Quinine form.

This new survey completed by Sermo on March 27, 2020, reported 6,227 physicians in 30 countries found that 37 percent of those treating COVID-19 patients rated hydroxychloroquine as the “most effective therapy” from a list of 15 options.

Also, the survey of 6,227 doctors found that the most commonly prescribed treatments are 56% analgesics, 41% Azithromycin, and 33% Hydroxychloroquine.

Previously, a survey distributed on March 30, 2020, about 83 percent of independent pharmacists in the USA said ‘they should be able to dispense a limited supply of malaria drugs, as long the patient has tested positive ..... and is under a doctor's care.’"

Yes, there will be gobs of money to be made if a vaccine for COVID is produced, especially if those in the running convince people that there is NO REMEDY except for a vaccine.  There will also be collateral damage from this vaccine...but the billions upon billions of dollars to be made will far outweigh any of that, and the creators of this vaccine will have NO PERSONAL RESPONSIBILITY for any damages caused by the vaccine.  What we are seeing right now with the Coronavirus is a money making machine in the works and a political stronghold that will be placed upon the citizens of the world.  As long as this virus is marketed properly and the public continues in its Covinoia and ignorance...Moderna stock seems like a good buy.  😉

IT’S NOT A RACIAL ISSUE! BLM DESTROYING BLACK LIVES AND THAT IS THEIR GOAL!

WILL HAWAII HAVE ANY IMMUNITY TO STAY HEALTHY WHEN IT OPENS?

VICE PRESIDENT KAMALA HARRIS SHOULD BE SUED FOR DAMAGE CAUSED BY RIOTERS!