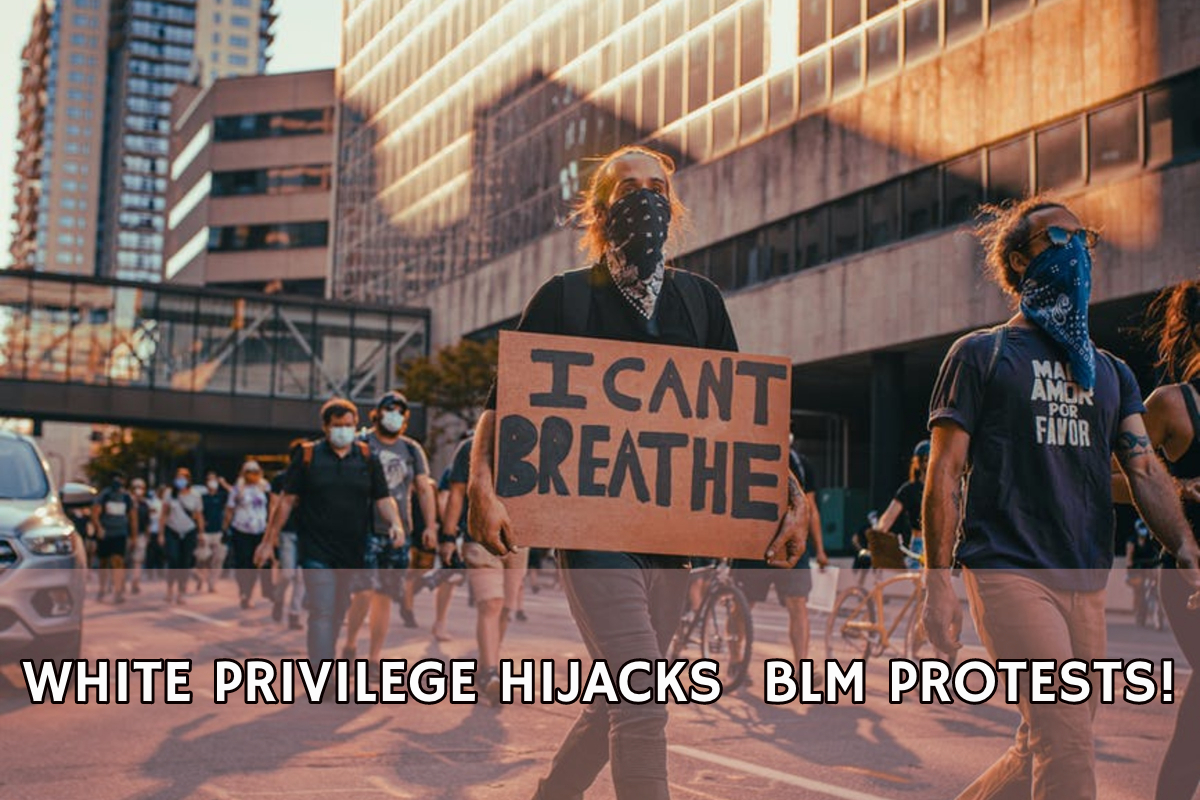 I watched this video clip several times and laughed OUT LOUD each time!  There you go BLM, this is your new spokesman!  Just knowing that THOUSANDS of people will read this and watch the video, makes me so happy!  I bet you are chuckling as well.  I mean there is no way you can watch this with a straight face and I would LOVE to be a fly on the wall to any "serious" BLM supporter as they view this video clip!  I have discussed compassionate racism many times, but THIS IS IT FOLKS!  "I’m more black than you on the inside” the BLM spokesperson said to a first generation African-American immigrant, Doctor Stella Immanuel.  This woman can, truthfully say that she is an African-American!  She is the real deal!  Just because you are black DOES NOT give you the credence to claim that you are an "African-American."  This moniker should be reserved for people that came from Africa and became American citizens.    We have a friend from South Africa and he is an African-American...HE IS ALSO WHITE!  😉

STUPIDITY COMES IN ALL COLORS!  OBVIOUSLY!

So how do the BLM peeps feel about all these extremely advantaged, idiotic white folks claiming Blackhood...Blackship?  Do they simply see them as useful idiots?   Do they laugh?  Do they cry?  Do they think, OMG WTF? Because, really, all these"Privileged" White people are just sweet, little compassionate racists!  They want so badly to be needed for a cause, but do the Black people really need these mewling, rump-fed, miscreants working for them?  Ha ha ha I just envisioned a bunch of White Millennials leading a riot on their Segways!  Although, I have seen Black people taking advantage of these useful idiots..they see power, and I see, compassionate racism!  Poor Black people...yes White girl kneel...useful idiot!

But now, we see Privileged White people claiming to be MORE BLACK than a woman who came here directly from Africa!  And why did this happen?  Oh because this AFRICAN-AMERICAN Doctor is trying to save LIVES!  Now, considering that the data suggests that Blacks are more prone to DIE from the COVID, this White Privileged, Millennial is exemplifying EXACLY the codex of the ideologies of BLM.  From the beginning, back to when Black kings and rulers were selling THEIR OWN PEOPLE INTO SLAVERY...  It has NEVER been about Black Lives...nope, not ever!  If it was, this White boy would have lauded Dr. Immanuel for standing up and calling out politicians and the Government for one of the biggest medical scandals in world history!  But, NO, he didn't...he called her out for "being on the wrong side" the side of saving lives.  He claimed he had more BLACKNESS because her little clinic serves mostly BLACK PEOPLE?  Unbelievable!  I am laughing on the inside...a lot!

"While there is a long history of white participation in black freedom struggles, efforts to achieve substantive interracial solidarity are still plagued today by white activists centering themselves and levering movements for their own purposes."  ~Washington Post

Maybe these White kids are simply bored?  You know, because of THE COVID.  Maybe they just need some entertainment or to prove their Great, White Awokening.  Or maybe these White folks are hijacking the BLM movement for their own selfish reasons?  It seems perhaps THEY want attention for themselves?

"YouTube star Jake Paul,who has a history of inserting himself into national tragedies to co-opt the suffering of others to build his brand. This week, he posted video of himself wearing a mask and wandering around a mall as rioters smashed windows — taking advantage of the protests to get attention for himself." ~Washington Post

“I looked around and I was like: I feel outnumbered. Is my life in danger?"  ~Anthony Beckford, president of Black Lives Matter Brooklyn

Beckford commented that he and friends have had to tell some White protesters that, "they could not just show up and take over."

“Our fight is our fight. Their privilege can amplify the message, but they can never speak for us,” Mr. Beckford said. “There have been moments where some have wanted to be in the front. I’ve told them to go to the back.”~NYTimes

Well, it seems that the overwhelming number of White people taking over the BLM protests kinds squashes the idea of SYSTEMIC Racism that the Left is constantly trying to push on us!  The real irony here is that many of these "George Floyd" protests are flooded with a beam of whiteness, illuminating the simple fact that the RACE CARD can't really be dealt out at these protests...there are more privileged Whites than Blacks out protesting!  The BLM agenda of White people hating Blacks has taken a wrong turn and it seems that a lot of White people are now WOKE!

SEXUALIZING STUDENTS AND THE HISTORIC RISE IN STDS!