It wasn't that long ago, just last year actually when we were confronted with the idea of libraries full of Drag Queens with garish, cartoon type makeup, fake boobs rivaling Dolly Parton's and their man parts strapped up tight, reading, Where the Wild things Are to little children.  We all saw images of gross caricatures of men pretending to be women snuggling up to preschool and elementary age children as their progressive, Liberal parents smiled with approval while the Conservative crowd gasped with horror.  It was not just this drag queen initiation of our little children but the agenda that was being pushed by the LGBTQ community.  Come on people, who in their RIGHT MIND would think this would be a good idea?  There are certainly many other ways of teaching children "tolerance" other than sitting on the lap of a perverted man, who is dressed like a cartoon whore, reading a children's book.  Although I suppose these kids would have to wait until they are old enough to enter one of those clubs where these adult males put on their "shows."  The entire premise of these Transvestites/Drag Queens is of a sexual nature...everything about them is over-sexed, from their 6" stiletto heels to their watermelon sized fake boobs, ridiculous hair and a makeup job that gives all women, REAL women a bad image.  So why was there such a push by the Liberal crowd to sexualize our children in this manner?  What was the point of them seeing this and partaking in it?

Or would it really be, grooming our children for the pedophiles?  I think that is a better description of what is behind the liberal agenda regarding our children.  Why else would we desensitize them to such freakish individuals as if they were common among society, when clearly they are NOT!  And these are the SAME Liberals who chastise and make fun of us as conspiracy theorists, those of us who actually think there is a HUGE Child trafficking/pedophilia organization preying on innocent children...Abductions, rape, torture and murder of these innocent little lives.  Even when the evidence is placed right in front of their masked face, they still deny that any of this is actually happening.  Why?  Simple, because it is the Liberal agenda to sexualize our children and when all of this is exposed we will see it is the Elites, the Politically involved, the upstanding citizens, they are the ones perpetrating the GROOMING of our children.  And we saw it plainly as the Liberals told us we were INTOLERANT, Bigots and homophobes but we saw exactly what was happening at the libraries...the agenda was crystal clear.

who is Marc Dutroux?

Two of the remaining four girls died when they starved in the makeshift cell Dutroux had constructed in his basement after he was sent to prison for four months for theft and left them there. His then-wife, primary school teacher Michelle Martin, had been instructed to give them food and water, but did not.

These girls were still alive when police first searched Dutroux's house. Officers heard what they described as the cries of children, but these were dismissed as coming from outside the house and not investigated."

Did you catch that?  His wife, his accomplie, was a PRIMARY SCHOOL TEACHER!  The majority of us Americans never heard about this because the media was silent!  However, these were such egregious and heinous crimes that Euronews describes it like this:

"Dutroux's crimes traumatised and, in what is a rare occurrence for Belgium, united the nation, albeit in horror, and shattered public confidence in the justice system. The case is commonly described in the country as the worst thing to happen to it since the Second World War. More than a third of Belgians with the surname Dutroux applied to change it between 1996 and 1998." Euronews.com

And when one of the surviving victims ask him in court why he didn't murder her, his response was, he had saved her from "a wicked chief."

Not only is society trying to ligitimize pedophelia with NAMBLA (North America Men Boy Love Association)  which is a legit organization and recognized by our federal government but we have scores of insane psychologists trying to push pedophelia as normal sexual orientation.  And this is why we didn't hear about what happened in Belgium because it breaks the narrative that raping children is ok, normal even.

WHO IS INVOLVED IN SEXUALIZING OUR CHILDREN?

There is NO class base for those involved in these evil schemes against our children...these people are school teachers, janitors, presidents of companies, pastors, the elites right down to the average welfare recipients.  Liberal school boards who insist children learn about sodomy and oral sex as well as planned parenthood encouraging young children to practise these acts as well as how to "satisfy themselves" as elementary school age children.  And then we have the TOY makers!

OH NO, NOT HASBRO!

Poppy Troll Doll Gasps when button is pushed between her legs! 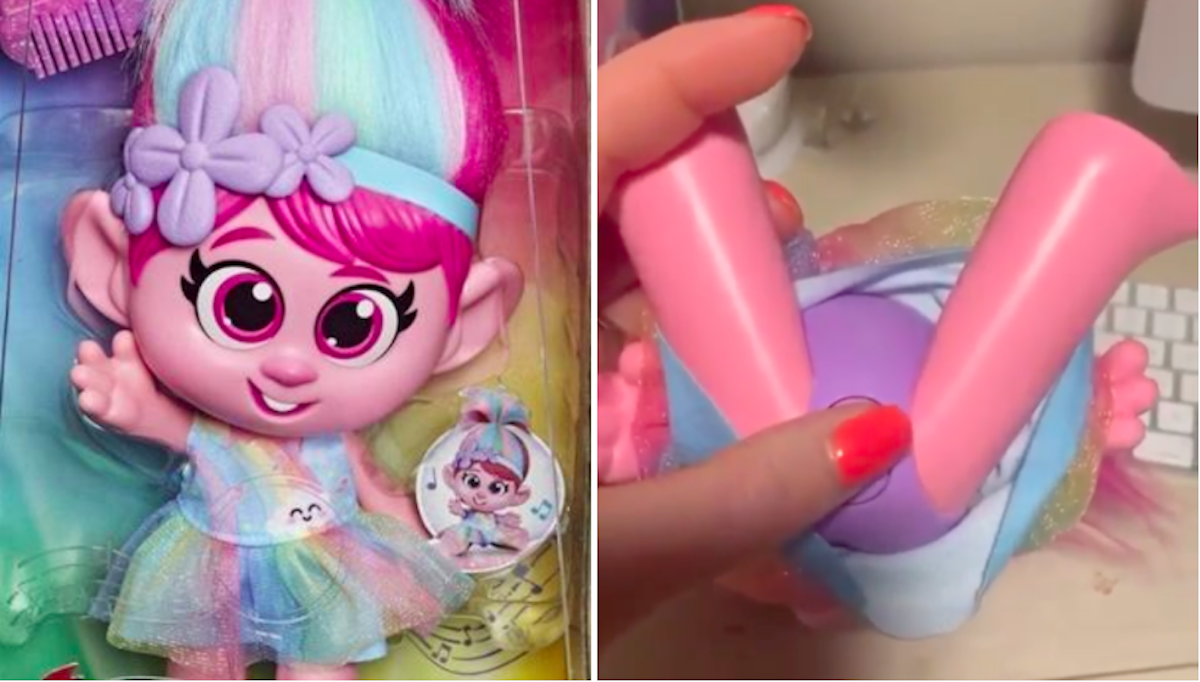 Who in their right mind would think this was a good idea? Child Abusers?

And it wasn't just Hasbro that had a board of directors of the Liberal ilk that reached into their demented minds and created toys to sexualize our children, and these were ALL on the market! 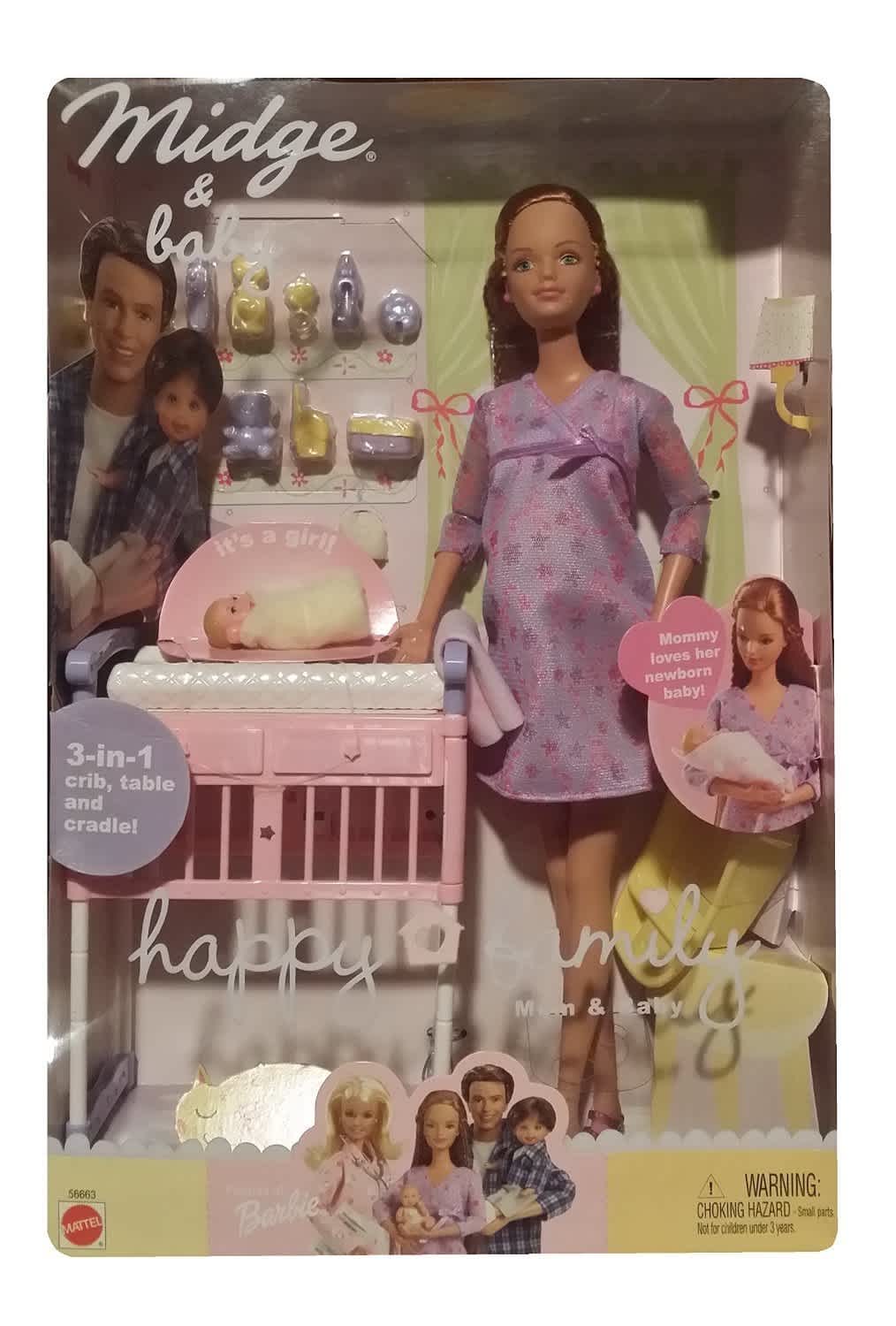 This is in the Barbie Doll Collection? S&M?

Ok, so am I a prude if I think there is something wrong with this? Is it simply just the evolution of the Barbie doll series or is this promoting something else?  You decide.

Well, how about the VIBRATING Harry Potter, Nimbus Broom?  The battery powered broom was meant to vibrate when placed between the legs--to pretend FLY.

And this Barbie really is the most disturbing considering that peophiles tend to target children on the internet.  This Barbie even comes with a caveat from the FBI stating that "footage caught by the doll could be used in court cases!  WHAT? DOES! THIS! MEAN?

A video Barbie. Kids this age SHOULD NOT be on the computer with a video!

As many of you know #savethechildren has become a war cry for many Conservatives.  What is coming to light regarding child trafficking turns the stomach and is of a magnitude that is quite unfathomable with some very high profile individuals involved.  Even with the Marc Dutroux case:

"Dutroux, who declined a ban on his being photographed during his trial, and spoke from inside a protective glass box, denied all charges. He claimed to be a small player in a paedophile ring run by the Belgian elite, and that he had been helped in his abduction of the girls by police. Dutroux named powerful Belgian businessman Michel Nihoul as his link to this alleged child trafficking enterprise and Nihoul was among 13 people charged in the case, with kidnap, rape, conspiracy and drug offences. Nihoul, who in a newspaper interview referred to himself as "the monster of Belgium", also stated that he had "information about important people in Belgium that could bring the government down."  Euronews.com

And  now with the NOT suicide of Jeffrey Epstein and the recent capture of Ghislaine Maxwell, Epstein's cohort in these sexual crimes against young girls and women, perhaps the truth will begin to come out and the Liberals will come face to face with the ramifications of their sexual exploitation of children.

But we simply can not keep allowing, or tolerating the sexualization of our children because in doing so we are breeding pedophiles, child murderers, torturers and with toys like, Push my Crotch Poppy doll, we are encouraging little girls to think it could be OK to have someone touch them there...schools encouraging and teaching about anal sex, oral sex to elementary school aged children and planned parenthood who encourage little girls to be sexual active may be out of a job as baby sacrifices, torture and murder for pleasure are becoming vogue for those who can afford to feed their evil tastes.

I will leave you with this from the Dutroux case:

"Since his arrest, 20 potential witnesses connected with the case have died in mysterious circumstances, fuelling suspicions of a cover-up reaching the highest levels."

"Other witnesses and victims would soon come forward, describing such things as “Black Masses,” with child and adult sacrifices taking place in front of observers and participants, which included prominent politicians and figures. This would be corroborated by a note found by police at the house belonging to Bernard Weinstein—a man who previously worked with Dutroux, but whom Dutroux had murdered. The letter contained very specific requests for certain types of victims for satanic sacrifices.

The letter was signed by a man who called himself 'Anubis'. It turned out 'Anubis' was the high priest of a satanic cult called 'Abrasax' whose real name was Francis Desmet. Police obtained a warrant and seized computers, documents, mail, actual human skulls, jars of blood, and all sorts of Satanic items - but none of this was enough to make an arrest.

As the Dutroux trial went public, other victims stepped forward and confirmed the testimony, offering up descriptions of sexual abuse and human sacrifice.

They also described “hunting parties” where elites would release naked children into the woods to hide, so that the elites themselves could hunt them down and slaughter them. Many of the stories from victims contained so many similarities, they were impossible to deny. For example, the hunting parties were often held at castles, where victims could not escape and were hidden from the public eye. Those not killed in the hunt were usually chased down and mauled/killed by Dobermans.

All of these victims echoed the testimonies of other, older survivors of ritual Satanic abuse from around the world."

WHY DID MERCK PULL OUT OF THE VACCINE GAME? WHAT DO THEY KNOW? NOW JOINING FORCES WITH J&J.

THE WHO TELLS PEOPLE TO MAKE THEIR OWN 3-LAYER MASK USING NON-WOVEN, NON-ABSORBENT & NON-POROUS MATERIAL!

THE DOMINO EFFECT IN A WITCH HUNT!