Isn't the motto of the mask wearers:  "WE WEAR BECAUSE WE CARE!"  ?  Come on now, are we  soon going to start seeing commercials of poor birds and helpless little turtles strangled in your discarded masks and gloves?  And what about the dolphins?  Yeah, what about them?  Have you people NO respect for anything?  You wear a mask because you "care" and then after you have gotten all your CARES displayed to the public, you walk right out of Costco and throw your damn mask on the ground!  What the heck is wrong with you?  Ummm, I am sick of hearing, "I am wearing this mask to protect you..." If that were the case then your disease ridden mask would be a biohazard to the poor schlep that has to pick it up off the ground!  RIGHT? 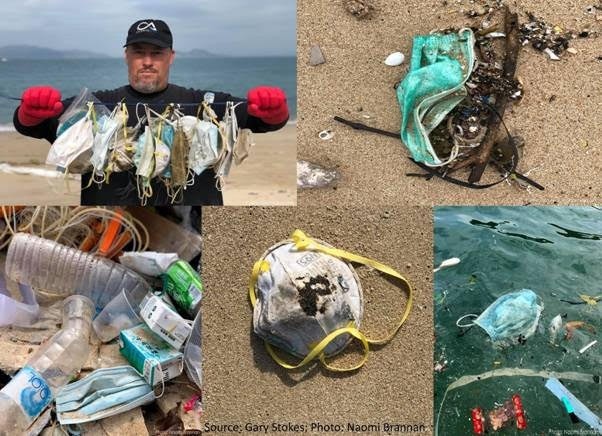 And, geeze, you though plastic straws were a huge problem, simple because a little boy said so.  But here we have masks of all designs and plastic gloves galore littering our streets, our beaches, our parks...THEY ARE LITERALLY BEING TOSSED EVER WHERE!   So how much do these maskhole really care?  Not much evidently!  And these are the ones that are supposed to be so much MORE caring than us ignorant fools who like to breathe fresh air at all times!  Yes, us folks that don't wear masks and don't toss them on the ground for someone else to deal with!

Put your biohazard waste in the trash!

So, really folks, if this virus was actually as contagious as they (you know who they are) say, then there would be HUGE fines for ANYONE tossing a mask or gloves on the ground.  PRISON TIME EVEN!  After all, there are some who believe that people who don't wear a mask should be charged with "attempted murder"  like this lady who wrote to the Fredericksburg, Free Lance Star:

Those who refuse to wear a mask should be arrested!

I think there should be a legal charge for those who refuse to wear face coverings. I feel that they should be charged with attempted murder since they could be asymptomatic but still be a carrier of COVID-19. There are lots of people in our area that could die if they contract this deadly virus. Shame on those selfish non-compliant people.

I would have to presume that all of those thousands of masks and gloves tossed on the ground would be so covered in COVID that simply walking by them would be enough to get infected. Silly right?  No, no not really...not if this virus is as deadly as it has been made out to be.  And why are there NOT biohazard waste receptacles all over the place?  After all, if stores can afford to hand out masks by the gross, they surely can afford a few of those big red biohazard buckets to protect their employees who must pick up after those MASKHOLES who just toss them on the ground after leaving the store!  RIGHT?

Seriously, there should be huge fines for those liberal litterbugs who ONLY care about themselves and are risking the lives of anyone who mush clean up after them.  Selfish and self-centered people they are! 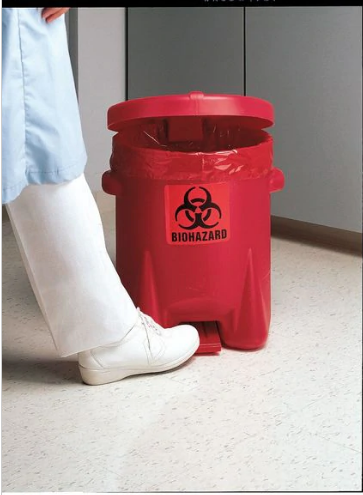 caring people are so uncaring!

This is becoming the REAL pandemic!  And for all those tree huggers and those who fear catching the RONA and dying, those, mostly Liberals, who claim that their mask is their badge of honor, certainly never were Boy Scouts, because there was NEVER a litterbug badge!  And how can I say that this is done by mostly Liberals?  Easy, it is those who want government control, those who think the CDC are gods, those who believe every stinkin lie that comes from the giant mouth of the WHO that are the MASKHOLES!  It is NOT the Red states that are pushing the mask mandates...nope, nope nope!  And what do we do about all those inconsiderate, CARING people that are flooded our streams, rivers and oceans with tons of masks and plastic gloves that will take decades to decompose?  Meanwhile our aquatic life suffers...cities are looking like contaminated trash bins and SOMEONE has to be responsible to clean up after these CARING slobs!  Who gets that job?  Oh, I suppose it will be those who the Liberals don't really CARE about!

"COMMACK, Long Island (WABC) -- You may have already noticed, and if you haven't, take a look around and you will see used masks and gloves discarded all over the place -- mostly in store parking lots."  ABCnews.com

I THOUGHT THE LIBERALS LOVED THE ENVIRONMENT!

Well, here's to that, New Green Deal!  First those CARING MASKHOLES must show that they can be responsible individuals and so far they have FAILED on an epic level.  As it is, I am really done with the entire, "I care so I wear" narrative because this is a LIE!  It is the Liberals that whine and distress over the baby sea otters that get their little, precious necks caught up in plastic bottle rings and choke to death, but now...who cares about them, just drop your mask wherever is convenient for you!  Screw the baby dolphins!  I mean, these people have already shown that they REALLY don't "care" about the humans that must risk their health picking up after them, but what about the storks?  (Que sad music...I will remember you..."

Oh look at this video...Texas!  Isn't this state full of a bunch of Republican, Conservatives?  Disgusting litterbugs!  But wait, this is Dallas Country, a bright BLUE county full of uncaring, slobbish Liberals that have ZERO regard for their fellow citizens who must clean up after them and obviously couldn't care less about their environment!  Those poor seagulls!  And this isn't just a dire issue in the United States, it is a global catastrophe that will affect our delicate ecosystem for decades!  And ya know what?  I AM NOT EVEN A TREE HUGGER...not an environmentalist, not for the New Green Deal stupidity and that is what makes this discourse even more relevant.  I am a Conservative person who believes that we SHOULDN'T throw crap on the ground!  Especially disgusting face masks that we are told could be full of dangerous, life taking, viral material!  Who in their right, CARING, SELFLESS mind would think it would be a good idea to NOT dispose of these items properly?

Are you ready for it?  “At the current rate, we’re putting a 129 billion — I’m saying billion — face masks into the environment every single month. [And] 65 billion plastic gloves into the environment every single month. A significant portion of those would be disposed of improperly and wind up in the ocean.” ~ Doug Cress, Vice President of Conservation for ocean protection organization Ocean Conservancy/Greenmatters.com

As, "CARING" and "SELFLESS" as these people CLAIM TO BE for wearing their masks, they also KNOW that this killer virus is NOT likely going to kill them.  They toss their crap on the ground because they actually know that they are litterbugs, which doesn't seem to bother them, but they also know that no one is really going to get harmed by having to pick up after them.  THEY KNOW THIS!  They walk around with their "badge of honor" showing everyone how much they "CARE" but all they are doing is showing that they are willing to COMPLY and when they don't need that show of solidarity to the government, they cast that symbol to the ground, PROVING that this is a farce...if it weren't and if they actually thought that their mask or gloves were contaminated and they were REALLY CARING, they would most certainly dispose of them.  After all, they aren't IV drug users that haven't a care in the world about anyone as they leave used needles all over the place...now that is something to really frown upon!  RIGHT?

FACEBOOK FLAGGED THIS SO YOU KNOW IT IS THE TRUTH! WATCH NOW!