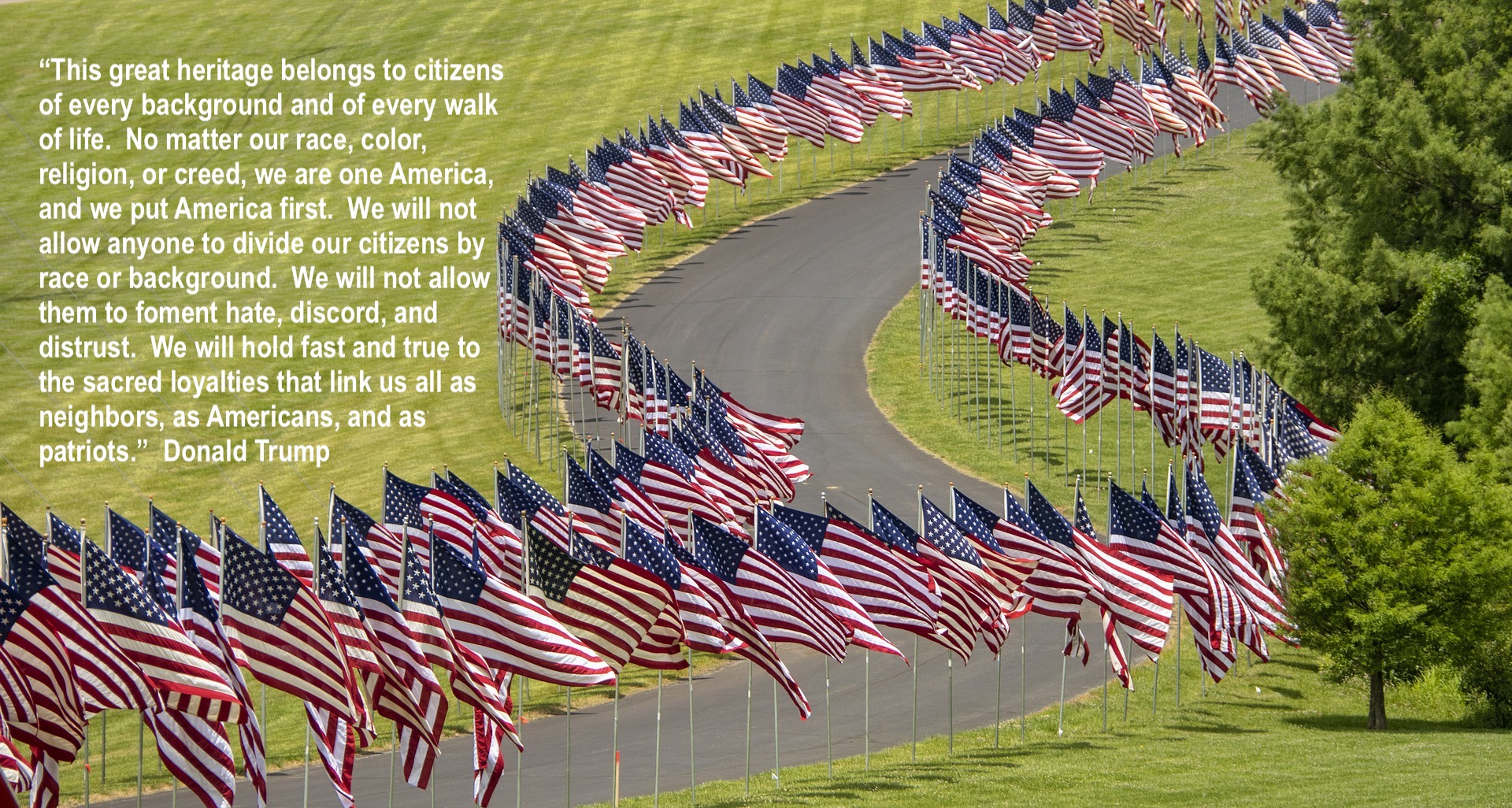 Unless you are living under a rock, you have seen the countless support, not just for President Trump but for this country.  Never in my life have I witnessed such love and patriotism for this country, not even after 9/11!   Gone are Obama's snide and repulsive comments on America's excellence and nationalism.  Americans are showing, in HUGE numbers their love and respect for this country and honoring President Donald Trump for stirring this strong emotion to the surface.  GO AMERICA!  Bring on the LOVE! 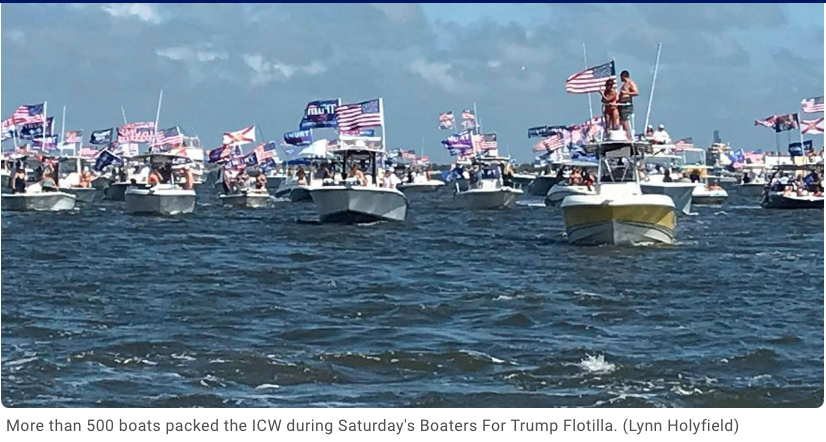 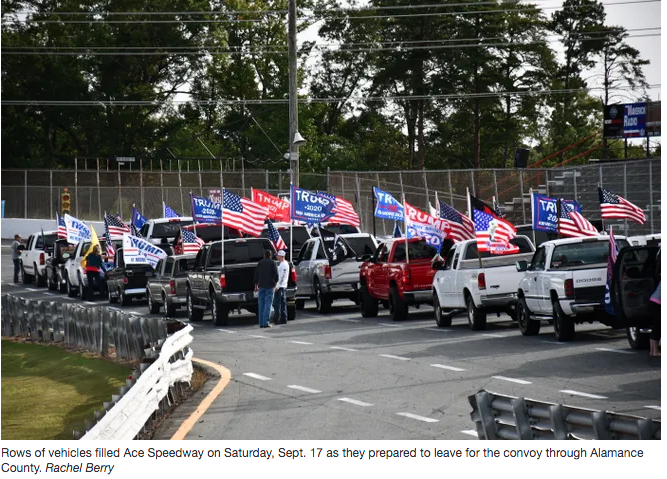 SMALL TOWN USA FOR THE WIN!

From the Bible Belt, the Steel Belt to the Bread Basket, Americans are making their voice not just know, but SHOWN!  All across this great country, on just about any day of the week we can see Trump Parades, Trump Flotillas and American Flags tightly affixed to trucks and cars rolling down the road.  And this patriotic movement began in 2016, as average, blue collar workers saw Trump as their voice, their under dog and their champion to put an end to the Obama era, American Hating, anti-patriotic, anti-Christian rhetoric that we had to endure for 8 LONG years.  Small town America spoke LOUDLY in 2016 and despite what the current "polls" claim, small town America will be heard, LOUD and CLEAR, again! 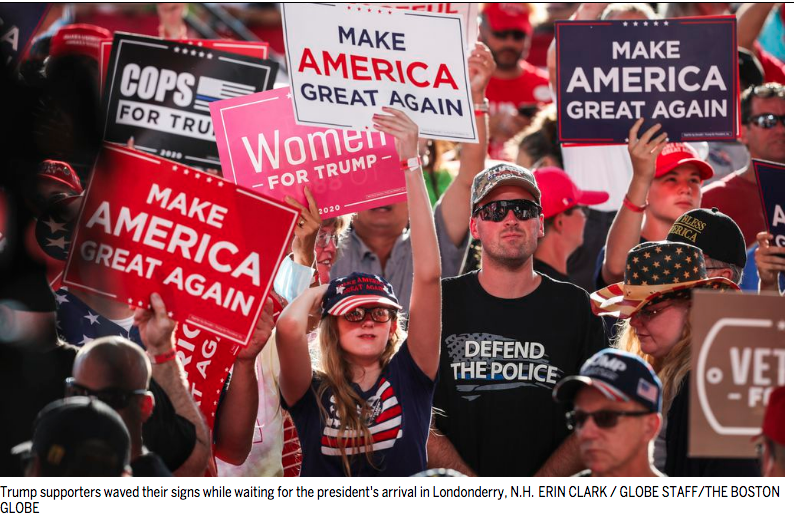 Although we are bombarded with the Progressive Left's propaganda about Trump's hate...about Right Wing racism and those lothesome, White Supremacists, the TRUTH is abundantly clear that it is the Left that sows hate, discontent and utter disgust for this country and our morals and values.  The well organized, planned out and paid for RIOTS that this country has endured for over 12 years now is how the Democrats have to shown their absolute disdain for this country and their fellow citizens.  And no matter how often the left spins their narrative, the truth about the Liberals remains.  Even when Obama was President the riots were abundant and seemly never ending...Florida, Ferguson, Baltimore.  And in their wake, every single one of them left entire cities in a state of destruction.  Business and livelihoods destroyed, lives lost and communities living in constant fear.  Cities like, Chicago, Baltimore, Seattle and Portland, all terrorized by Anti-Trump, Anti-American and ANTI-PEACE individuals who show ZERO concern for anyone or anything, except that is, their agenda.  There was NO LOVE, no sense of protecting one's community, no unity at all except in violence, looting and rioting...and yet, these are the people claiming that President Trump is a hatemonger, a racist and has caused great division in this country.  These are not Trump conservatives!  No, they are Leftist, progressive Liberals. Ah, there is no one so blind as those who refuse to see. 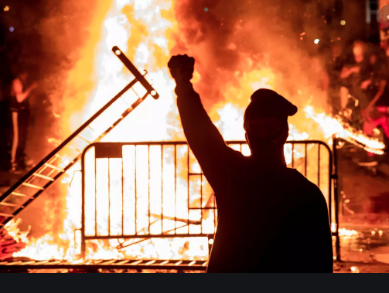 The Left has historically been violent, destructive and intent on silencing ANYONE who wants to take their power away.  Lindsey Graham made a very profound statement in 2018 during the Kavanaugh hearings; "Y'all Want Power. God, I Hope You Never Get It!” And they don't want control of this country through electoral means, but by using force, lies, deception and ALWAYS violence! Fear-mongering and spewing hate have always been the tactics of the Progressive Liberals and have been clearly demonstrated since the Civil War.

Go to any small town in America and you will see unity.  You will encounter what REAL AMERICA is like...loving ones neighbor, community watches, people willing to lend a helping hand.  Venture into the bread basket of American life and you will see farmers who will come out in droves to help their neighbors in hard times and Churches overflowing with worshippers who tithe not just to God but to their community.  Head a few miles out of the violent, hate-filled, intolerant, liberal cities and experience those who LOVE this country and fly their American flags with Patriotic pride.  Those are TRUE AMERICANS and those are the individuals who are willing to defend against those who are out to destroy!  You see, there is a difference and it has nothing to do with the color of your skin as so many on the Left want it to be.  While the Left has its riots, destruction, hate filled rhetoric and stealing what does not belong to them, the Conservatives, are uniting, caring for each other and praying, YES PRAYING for peace...and showing the world with our constant parades, flag waving and Trump rallies that we are Patriotic, Nation loving, Americans! 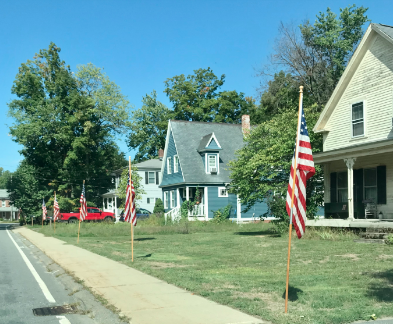 This video of a Trump vehicle Parade in an unlikely place, Portland Oregon.  Over 1000 peaceful Trump supporters showed up to drive their Patriotic trucks and cars through the streets of Portland.  Everyone was having fun and showing their support for our President, UNTIL a group of HATERS, BLM thugs decided to block traffic.  WHY?  Why do these people feel the need to do this?  Why do they ALWAYS go straight to fear-mongering and intimidation? These are vehicles filled with families, husbands and wives and CHILDREN showing their support for President Trump.  How many Biden rallies have been infiltrated with Trump supporters that are intent in causing fear and bodily harm?  Unless paid for as BAD Actors by the DNC/Soros, the answer is, ZERO!

SO LET YOUR VOICE BE HEARD AND BRING ABOUT PEACE, LOVE AND UNITY IN OUR GREAT NATION...If we are united we can stop the hate and violence of the Left.  UNITED WE STAND.  DIVIDED WE CERTAINLY WILL FALL.