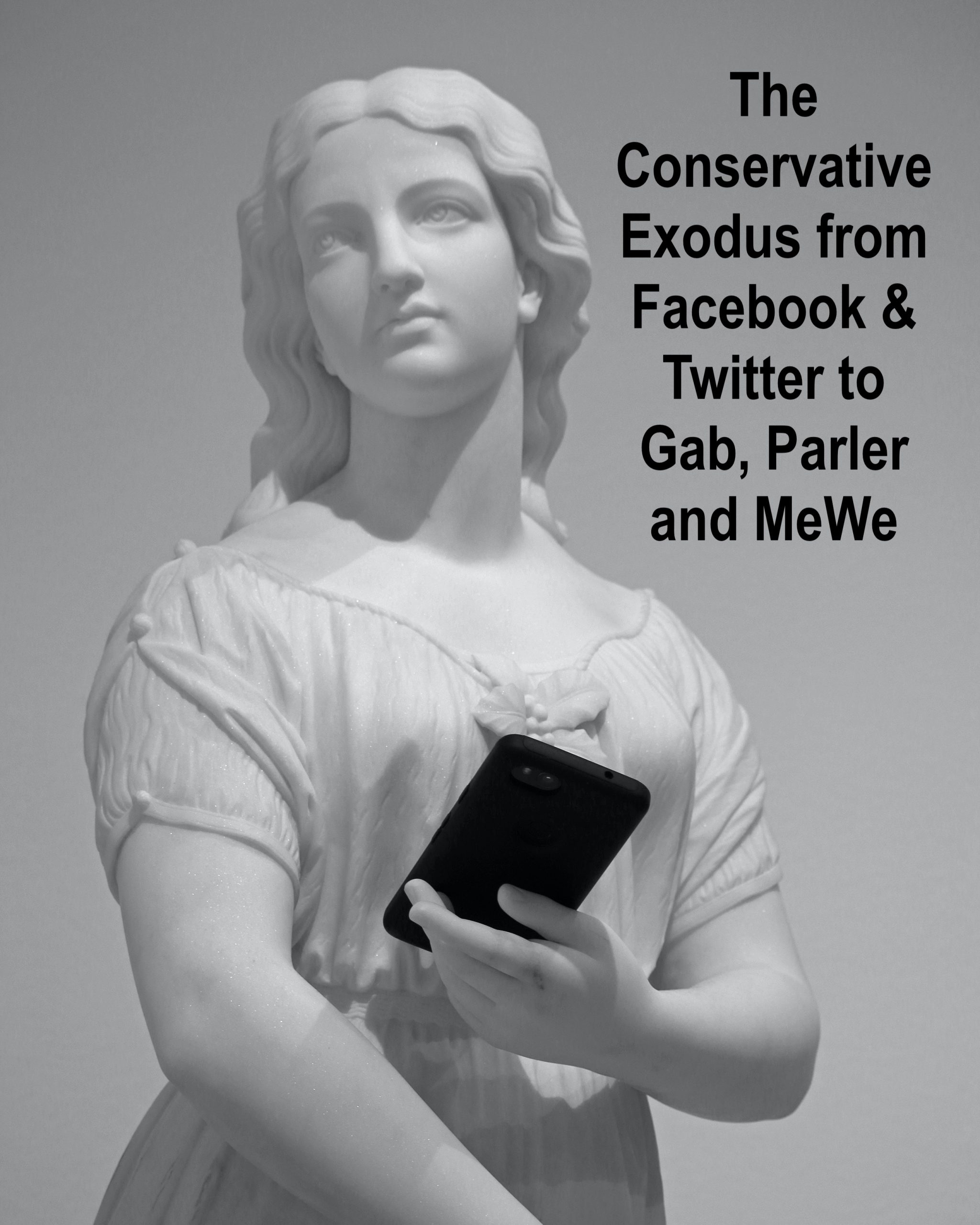 With the blatant censorship that Conservatives are experiencing with Social media platforms like Facebook and Twitter, those deplorable Trump supporters are seeking out alternative social media outlets and the market has seen this need, and several platforms that claim "Free Speech" no censorship and nonpartisan have emerged.  I am going to take a look at the most popular sites that conservatives have been turning to and which one I personal believe to be the most accommodating to those who want to voice their opinions, share their political views and not fear being silenced in Facebook prison.  If you are just looking for a place to share family photos, yummy recipes or cute animal videos, read no further...you will be just fine on Facebook. 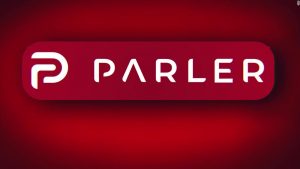 A lot of people have migrated to the Twitter-like platform called Parler.  Parler is a French word meaning, "talk."  John Matze, Parler's creator states that he created this space 2 years ago in hopes to promulgate free speech and he touts his creation as a Town Hall of sorts where people are free to express themselves without a LIBERAL MODERATOR!   In recent months President Trump has praised Parler and has opened an account there, as well as many conservative politicians like, Rand Paul, Devin Nunes & Rep. Jordan of Ohio,  which has triggered many young progressive, leftists to head over to do some trolling.

Although Matze claims he doesn't like either political party, he seems to be a bit dismayed that his new platform is attracting mostly conservatives and has offered a reward of sorts to attract some of the Liberal persuasion.  According the CNBC, "He’s so intent on getting some liberals onto the platform that he’s offering a $20,000 “progressive bounty” for an openly liberal pundit with 50,000 followers on Twitter or Facebook to start a Parler account."  I am not sure how I feel about Parler having to bribe Liberals to join the discussion but that action certainly seems appropriate for the left, as it is the language they "parler."

Do I like Parler?  Well, maybe it is simply because I am not a Twitter user that I don't really care for the platform itself...maybe if I used it more and became familiar with how it functions I would be more of a fan.  But, as it is, many conservative Facebook and Twitter users are heading in that direction.  My biggest issue regarding Parler as that when I log in, on the sidebar there are Hashtags (I hate hashtags) that are "suggested" for me. 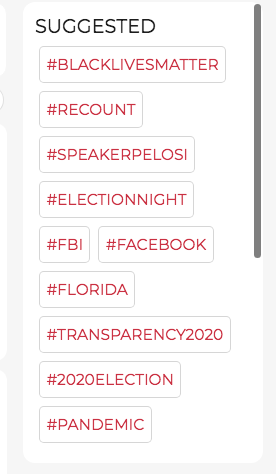 The top suggestions Parler has for me as a conservative. 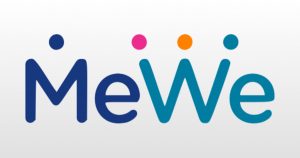 According to Wikipedia, "MeWe is an American online social media and social networking service owned by Sgrouples, a company based in Culver City, California. It was founded by Mark Weinstein in 2012. The service touts its commitment to user privacy and control as its outstanding feature."   The interface is much like Facebook with a notification bell, a chat feature and you add a "contact" instead of Parler's Twitter-like, "follow" option.  Following someone is just a bit creepy to me...you're either my friend or a contact; following me is akin to a stalker in my opinion.  I am going to have to chat with Gab about that wording. Creeps me out!

Unlike the fledgling Parler which was created in 2018, MeWe was birthed just a couple of year earlier in 2016, but Weinstein has been a pioneer in the social media arena starting with a social media outlet called Supergroups.  Weinstein is considered a pretty brilliant man as well as being a social expert and am pioneer for online privacy, which make sense as to why not a lot about his personal life is known.

So let's get to the format.  Mewe is a lot like Facebook with the exception of adds.  Weinstein was determined to all a person to be the customer and not the product of advertisers.  Here we have chats, groups and although it is free, it is limited.  For a monthly subscription of $4.99 a month users can have unlimited voice and video calling as well as 100 GB's of cloud storage.  8 gigs come free with a non-paid account.

Personally, I don't have a lot of issues with a social media outlet charging for their services especially one that believes that the First amendment comes FIRST and that personal privacy should be just that and not a commodity to be bought & sold.  That's what you get with MeWe and this seems to be an excellent alternative to Facebook.

And finally there is Gab.  Anytime the Mainstream media or Social media hate something conservative, that is where I am heading. I have reviewed Mewe, Parler, and Gab, and so far Gab has my attention.  I mean come on man, when it gets a scathing review like this from Wikipedia, ya just gotta pay attention:  "Gab is an English-language alt-tech social networking service known for its far-right userbase.[7] The site has been widely described as a safe haven for extremists including neo-Nazis, white supremacists, and the alt-right, and has attracted users and groups who have been banned from other social networks.[8][9][19] Gab states that it promotes free speech and individual liberty, although these statements have been criticized as being a shield for its alt-right ecosystem.[20][17][21] Antisemitism is a prominent part of the site's content, and the company itself has engaged in antisemitic commentary on Twitter.[23][24][25] Researchers have written that Gab has been "repeatedly linked to radicalization leading to real-world violent events."

Hmmm, "Researchers?"  Is that a fancy name for FACT-CHECKERS?  I wonder if the Frontline Doctors would be considered one of those mean & nasty, ugly-lookin' people like the mother-rapers, father-stabbers and even father-rapers Arlo told us about that were sitting right there on the group W bench!   (Only a few of you will get that, but those that did are smiling!)

And then there is this wonderful piece by The Daily Beast that claims Gab is the reason that some psycho Anti Semite went on a killing spree...if it weren't for Gab, this person wouldn't have killed anyone had he not had a Gab account.  I suppose all of those other cray crays that set out their plan of human destruction on Facebook have only Facebook to blame for their actions!  I would presume that ANTIFA and those in the BML movement who regularly post their intentions on Facebook and Twitter also could point their fingers at those social media giants for fostering their Hate Mongering and deep desire to cause bodily harm, physical destruction of communities and cities and obviously Facebook and Twitter should be tarred and feathered and drug through the dark abyss of the interweb's  mocking, chastising & condemnation department, or even worse, the mainstream media monster machine.  Naw, that won't ever happen!

That being said, the Left HATES this new Social Media Platform and there are very scared of it..so, in other words, I LOVE IT!  Here is a screen shot taken from Gabs, "what is gab--our values. 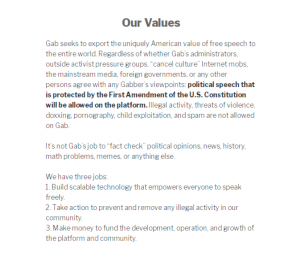 "Our Values" What Gab is really about and why the Left and the RINO'S HATE them!

So, as I traveled down the rabbit hole of the Gabber, I came to an astonishing reality as to why the Liberal Left HATE the Gab...it was right there in the first sentence of Gab's, OUR STORY:  "Gab was founded in 2016 by Andrew Torba, a Christian technology entrepreneur who left Silicon Valley to start Gab after he saw the rise in censorship from Big Tech platforms during the 2016 election."  There it is, that hate filled word, "CHRISTIAN!"

Ahhh, now it make so much sense.  It's not just the fact that the creator of Gab is a Christian, it's the fact that he PROFESSES it on his Social Media Platform!    HOW DARE HE!  I really encourage you to read their, "What is Gab" page.

SO WHO IS ANDREW TORBA? 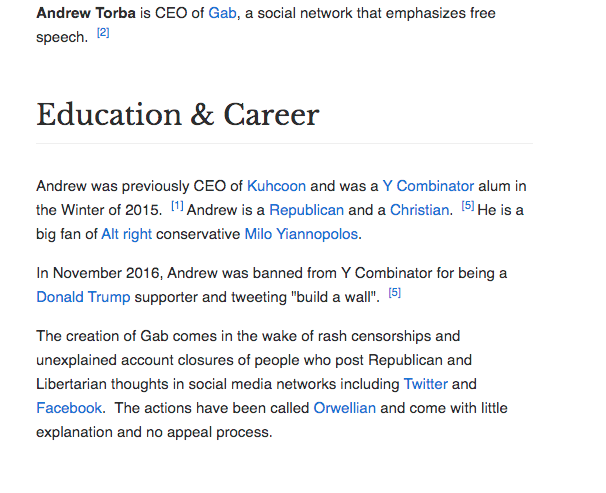 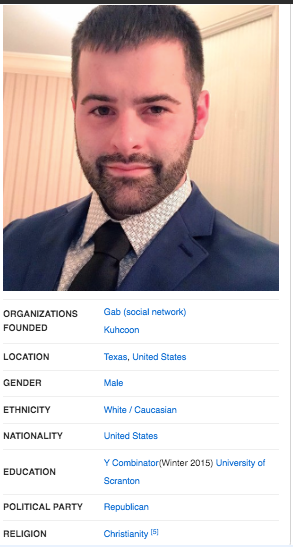 The one thing I LOVE about doing this, is that I learn so much and I could devote an entire article on Andrew Torba but I am not writing this particular piece for that reason. I am simply trying to give you my opinions as to what these "new" alternatives to Facebook and Twitter are.  However, I just have to quote from Gab's former CTO so that you grasp the gravity of the Deep State and how much they want to silence the dissenting voice.

So, getting back on track, but I promise I will write a LOT more about this company and the struggles and persecution Andrew Torba has endured to keep this Free Speech platform up and running.  What I have found with GAB other than what I have shared above, is that their platform is also fashioned after Facebook in its form and function.  Being user funded without ads, like MeWe, it does have a free subscription as well as a PRO (paid) option that unlocks a lot of cool features.  Click here to see plans and features.  I personally like the SHARE option that allows you to share your GAB directly to Facebook...kinda like a, IN YOUR FACE, book!  But, mostly I like the creator of Gab and so admire his tenacity to endure the poison arrows that have been slung at him.  I am going to settle in here for a while and see how it feels.  If you are so inclined, find me there---ItsMac

The one thing that Facebook has done with its censorship, jail time, shadow banning and annihilating those who disagree, has been to seperate us on different platforms.  Everyday I hear of someone saying they are leaving to go to MeWe or Parler or Gab and even to some sites I have never even heard of.  Perhaps this was their evil plan all along...to take the Deplorables out of our tightly woven basket.

REVISIONIST HISTORY WORKS WELL TO CHANGE THE NARRATIVE! HOW THE DEMOCRATS REWROTE THE HISTORY OF RACISM!

THE COUP CONTINUES AS THE DEMOCRATS DO WHAT THEY DO BEST…LIE, CHEAT & STEAL!