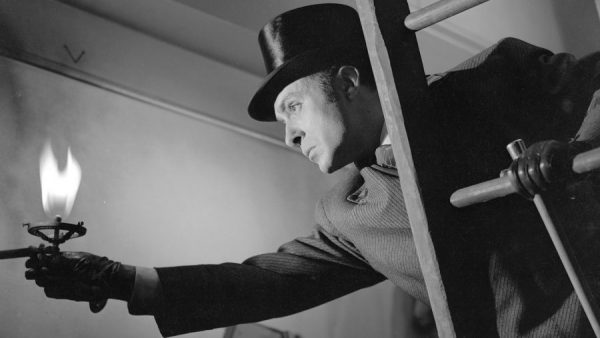 After watching an old, 1944 classic last night, Gaslight, it struck me that the term we are hearing over and over again, "gaslighting" comes from that, psychological drama.  So,if you haven't seen it, I recommend you do.  All day, I have been thinking about the events that took place in the movie and how the main character was so clever in his nefarious setup of his wife's spiral to the crazy house...and it is true, that is exactly where we get the term Gaslighting from; an old movie.  Can psychological warfare win this election?

Keeping this in mind, I am trying to make sense of the alternate reality I seem to be living in.  Evidently, I have listened to HUNDREDS of people LYING! I find it a huge conspiracy that someone could coordinate all these people, from different states, different backgrounds, Black, White, Asian, Native, to say pretty much the same thing...to lie! I have to confess that whoever could put such similar testimonies into the minds of ALL THESE PEOPLE are extremely skilled in the field of psychosis. I am extremely impressed at this.  The video below for example, shows "Baseless Claims." One right after the other!  They seems so sincere, like they are telling the truth, but they just can't be, obviously they have been coached...all of them.  I know this because I am barraged on a daily basis with the words, "Baseless claims," "No evidence" and social media giants like Facebook and Twitter censoring out that fake information that might cause me to question my sanity.  I am being told to believe that these people, ALL OF THEM are lying.  But, what if I can't?

We have heard, time and time again from the Left as well as the Media that there was NO voter fraud. The newest catchphrase, "baseless claims!" I watched 20K+ ballots change from Trump to Biden in a second, on a ticker and the News Caster didn't even notice. Maybe it never happened, even though I have the video...my lying eyes?  How can I push out of my mind something that I actually saw with my own eyes?  How can I believe an explanation that doesn't make sense?  But, baseless claims...no evidence...

I watched a well-respected Michigan College professor and expert in Computer science, J. Alex Halderman appear on several news shows over the last decade talking about voter fraud with voting machines and how easy they were to hack. This professor was adamant that these machines were not just capible of fraud, but designed to commit voter fraud.

But then shortly after the election, with glaring evidence of fraud, Halderman signed a letter that claims, “Anyone asserting that a U.S. election was ‘rigged’ is making an extraordinary claim, one that must be supported by persuasive and verifiable evidence..."  Professor Halderman FLIPPED!  Now how could someone so adamant about fraud using voting machines, even stating, “I know America’s voting machines are vulnerable because my colleagues and I have hacked them — repeatedly — as part of a decade of research studying the technology that operates elections..." suddenly change his tune?  HOW?

So, are all those videos I watched just a figment of my imagination?  Would I be considered paranoid that I now know that Halderman is a Democrat?  How could a expert, who has dedicated the last decade studying  voter fraud who has warned people...all of a sudden claim that there is NO EVIDENCE of fraud?  BASELESS CLAIMS?  Should I be question my suspicion about Michigan's Secretary of State Jocelyn Benson (Democrat) appointing him in March 2019 as co-chair of her Election Security Commission?  Am I crazy to see this as a red flag?  The flame in the gas lamp is getting dimmer and who is noticing?  I AM!  Or am I simply imagining it?

Here is a bit about Gas lighting:

"The term is derived from the title of a 1938 British stage play, Gas Light, which was subsequently produced as a film, Gaslight, in the United Kingdom (1940) and the United States (1944). Those dramas vividly, if somewhat simplistically, depicted some of the basic elements of the technique." ~Britannica

"Gaslighting is a form of psychological manipulation in which a person or a group covertly sows seeds of doubt in a targeted individual or group, making them question their own memory, perception, or judgment.[1] It may evoke changes in them such as cognitive dissonance or low self-esteem, rendering the victim additionally dependent on the gaslighter for emotional support and validation. Using denial, misdirection, contradiction, and misinformation, gaslighting involves attempts to destabilize the victim and delegitimize the victim's beliefs." Wikipedia

In the movie, the villain was after something important...this was the reason he calculated and schemed to cause his new wife to believe that she was losing her mind.  And so we are experiencing something very similar now with this 2020 election.  We  have seen with our own eyes and heard the evidence with our own ears, and have believed past reports of voter fraud from news agencies and experts in the field and yet now we are told there is nothing to see, nothing to hear...we are witnessing courts of law not even wanting to hear or see the evidence, which they already know exists. Even to the extent of our Supreme Court of the United States who has an obligation to the states to settle disputes, unwilling to participate, like nothing at all has happened...like it is all in our minds, a conspiracy.  And what is the item of importance that the actors in this scene so desperately need to get a hold of?  OUR COUNTRY, OUR WAY OF LIFE, OUR REPUBLIC!

COCA-COLA OUT OF PERFECT HARMONY! THEY WANT TO TEACH THE WORLD TO SING RACISM!

THE REAL BIG LIE! CLINTON BUSTED! “WHAT DIFFERENCE AT THIS POINT DOES IT MAKE?”