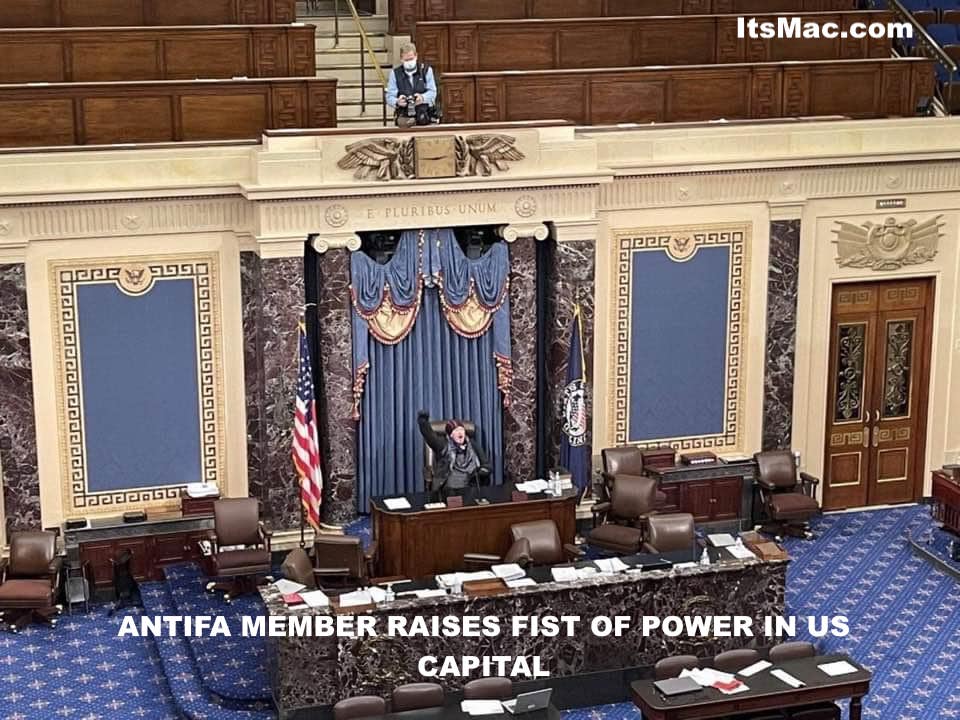 I want you to look at this picture!  Now the Mainstream Media won't ever report the truth to you, but let me explain to you what this picture represents.  THIS person, invading the Capitol building today, is at the desk of the Senate Chamber and is NOT a Trump Supporter!  This hand symbol is commonly known as the fist of power used by those in the BLM group as well as the ANTIFA domestic terrorists!   The Mainstream media will NOT report the truth to you, but ANTIFA AND BLM were infiltrating the crowd of Trump supporters today (1/06/21) disguising themselves as MAGA hat wearing Patriots.

Let's look at these Thugs that the MSM is purporting to be Trump Supporters.  Notice the hammer and sickle tattoo on the left hand of this ANTIFA thug!  This is an ANTIFA symbol!  These are infiltrators pretending to be Trump Patriots! 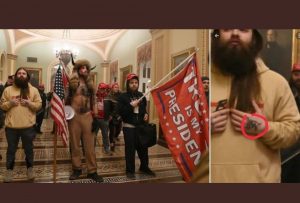 These are not Trump Supporters terrorising the capitol building in DC. They are ANTIFA Terrorists

Let us also look at the woman who was killed today!  Ashli Babbit who was a loyal Trump support and a 14 year Air Force Veteran who served 4 tours!  She was apparently killed by a DC Police office, through a window.  Now, why weren't these same police tactics used against ANTIFA or the BLM terrorists at ANY TIME?  Why would the DC police shoot to kill this unarmed woman?  Why wasn't the ANTIFA man in the Senate Chamber shot and killed?  Was this woman a Trump Supporter?

We'll keep you updated as this story progresses.

THE LIES ABOUT THIS VIRUS ARE TOLD BY DOCTOR DR. LEE MERITT FACEBOOK WON’T LET ME POST!