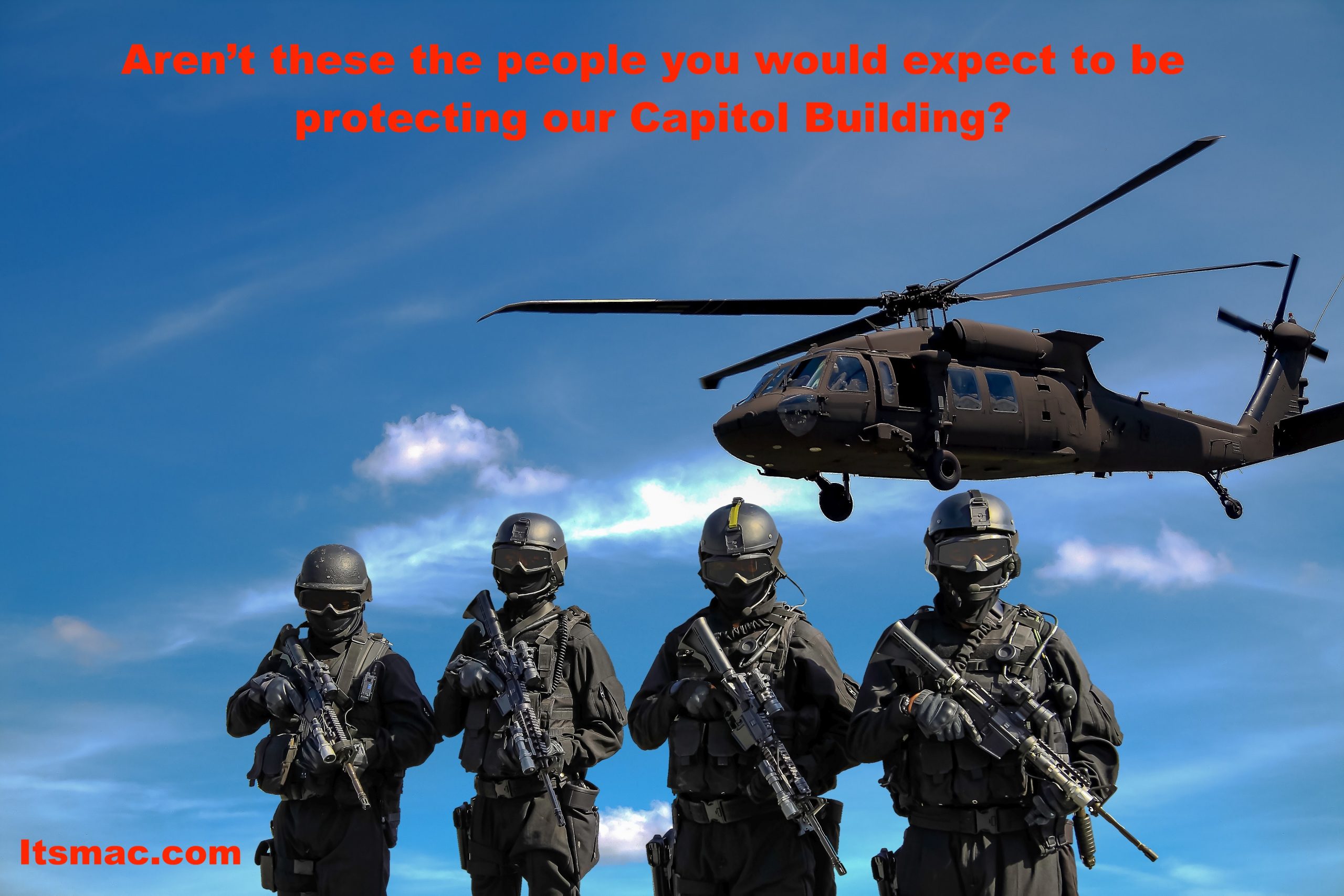 If there were real security forces at DC on Jan. 6th, none of this would have happened!

I have watched this video over and over and everytime I watch it, I see something new that I missed the previous times.

I have seen screen shots of people claiming that ANTIFA was going to be there, dressed in Camo and Trump attire and that they would turn their MAGA hats backwards to be identified by their ilk...I have no idea if that is true, but it was circulating around.  I will address that in a moment, but first, and it actually took me several views in slow-mo to process what I was seeing.  Why did all these people go right up to the this police barricade when they could have simply gone around it?  Why make a huge spectacle?  I mean, if you want to get in, use the path of least resistance...right?

Looks like this would have been a much easier way in.

It appears to me that pushing down some chicken wire and dealing with 2 rent-a-cop type officers would have been a whole lot easier than having a violent standoff with the police?  Is that just me? Or was it for the MEDIA?  But then I only see 8 officers guarding this entrance to the US Capitol building.  And hey, NO DISRESPECT to those in uniform, but these officers look like security guard, rent-a cop, instead of fully armed, tactical officers prepared to defend this pathetic barricaid. This event was a HUGE DEAL! Again, is it just me?   I saw about 4 officers putting up a fight and the rest just mingling around.  Kinda like, "you don't pay me enough for this chit where's my  coffee & donuts?"

I am pretty sure that the DC police were well aware that a very pissed off crowd along with a lot of ANTIFA agitators were going to be there that day.  And then there is the guy in the camo whispering something to the man who had some agitating words with an officer and immediately upon that conflict he turned his MAGA hat backwards and within minutes of that he was one of the people who forced that ridiculous excuse of a barricaid down.

Did you notice though that when the fence came down, a female officer was knocked to the ground and that SAME man, along with another dressed in all black with tell-tail ANTIFA knee pads on, came to her aid and appear to be chatting with the police.  Were they simply good samaritan rioters?  And then, where did they go?  Did they simply realize their bad behaviour and leave?  It is odd, isn't it?  They just disappeared.  I have my own theories about this situation. 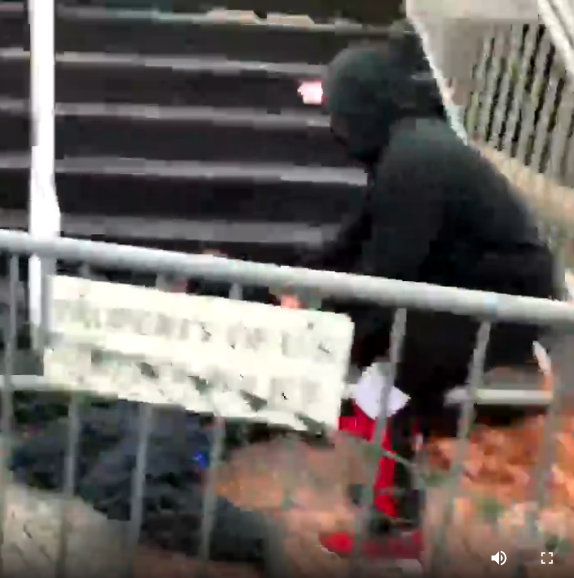 Do Trump supporters wear all black and red knee pads?

Is this a Trump supporter or a plant?

I find this entire situation extremely odd.  I mean, and this is strictly my opinion, but didn't it just seem a bit too easy?  Hundreds of thousands of people, and lots of them pretty pissed off about this STOLEN election and there are  just a handful of rent a cops standing by a flimsy little barricade.  Add couple of bus loads of ANTIFA thugs to mix into the batter and that is a recipe for some serious stuff to go down and yet there are NO riot police guarding this staircase?  And these folks, Trumpsters and ANTIFA easily get into the Capitol building.  Come on...something smells burned to me.

MASK EXPERT KEITH GIBSON FINALLY COMES OUT WITH THE TRUTH! A MUST READ –YOUR HEALTH DEPENDS ON IT!

BIDEN USES TIKTOK TO SPREAD DISINFORMATION CLAIMING NOT HIS FAULT BUT PUTIN’S!