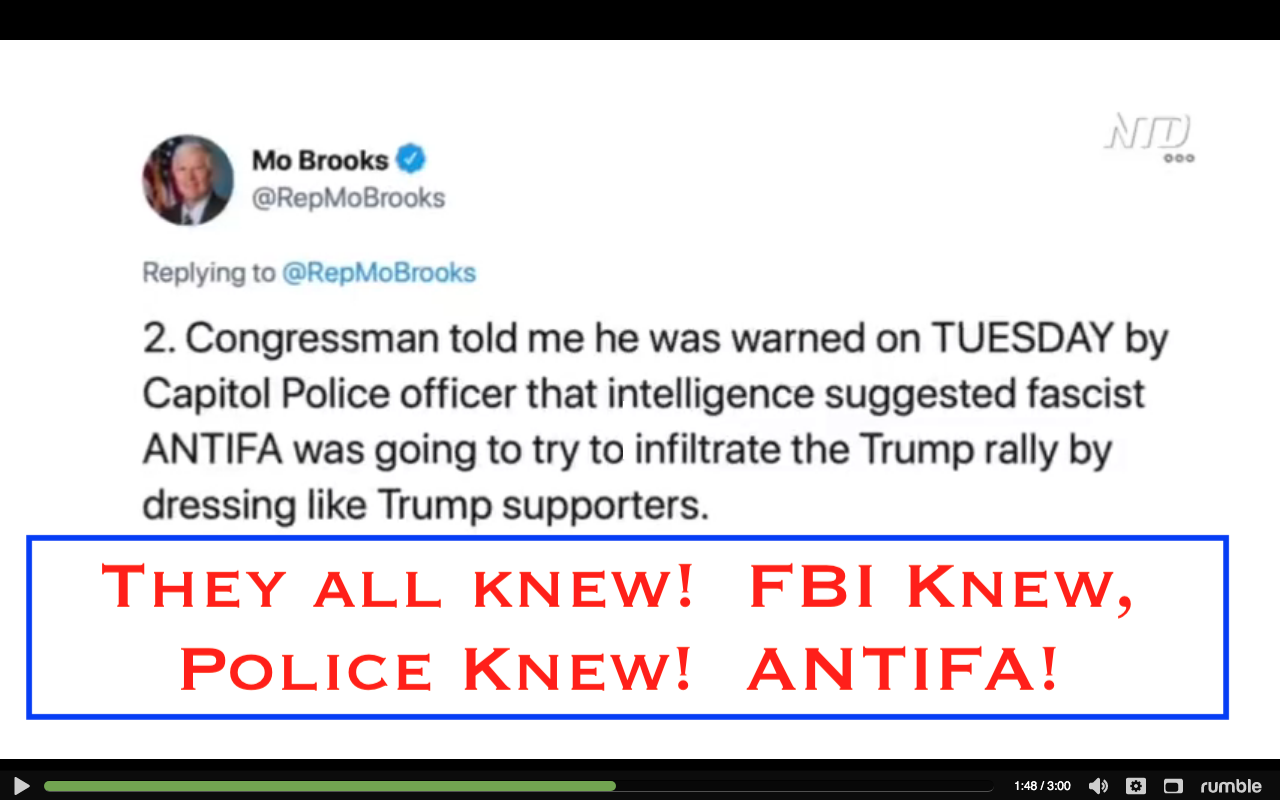 We now live in a world where, right is wrong and wrong is right.  A place where the media controls every thought and holds the truth captive.  This is an environment where Big Tech has more power over political agendas than Governments and certainly much more than the individual. Those same companies have successfully infiltrated our United States Government so that, well for the next 4 years at least, nothing at all is going to make sense and there will be no truth that will bind our fabric of this American society together.

We have most certainly LOST every shred of intellectual honesty.  Although some do hang on the the tiniest fiber but for the most part, clear and honest thinking only exists in the fray. We could talk about the never ending riots we have, as a nation been experiencing which escalated with the death of George Floyd, that have taken on a life of their own with no real focus or point, except to cause utter discord.  We could even discuss Trump supporters that have been killed by Leftists or reporters and civilians attacked and maimed by ANTIFA.

But what I really want to focus on is one short little video clip that is and has been the sentiment of the Democratic Left for over a decade now...starting with the death of Trayvon Martin during the Obama administration and most recently George Floyd, which sparked Nationwide protests, riots and utter destruction of communities, Federal buildings, Police stations, the desecration and destruction of priceless statues and the SIEGE and FORCEFUL TAKEOVER of 6 city blocks of Seattle.

I want you to listen to this brief video and I want this ideology that Chris Cuomo espouses to sink in.  It sounds to me, that this very famous News Anchor is INCITING people to be violent!  I have posted other videos that show very influential politicians also calling for people to rise up and riot.  The Media calls it "mostly peaceful protesting" when a building right behind them is engulfed in a conflagration, and people are throwing molotov cocktails, but if you are intellectually honest the correct term is a full blown, non contained, RIOT!

But, let's take a good listen to what Cuomo is saying here in June (2020) with the DC back drop on the left.  Mind you, his original comments show an angry mob heading to pillage some innocent city and terrorize its  citizens.  He was defending the exact behaviour that was witnessed at DC on the 6th of Jan.  Perhaps he was only defending the ANTIFA members there that played a very big part in agitating the Trump Supporters?

So those who think with blinders on and have their Leftist agenda will not admit that ANTIFA was there at DC because it is simply so much easier to blame President Trump for "inciting" the Trump supporters to act in a way they never have in the past.  Who is to blame for an entire summer of endless riots and billions of dollars of damage over the last 12 years of "peace protests?"  Is the FBI going to start arresting the leaders of the BLM terrorists?  Oh, and is SOROS going up river on Federal charges for not only funding ANTIFA, but hiring organizers to plan attacks on innocent people, especially Trump supporters?

If we are being intellectually honest we can clearly see that there is no equality in justice.  If there were then the police officers that were ambushed and murdered by members of the BLM terrorists would have been hunted down like dogs and tossed in prison without a key! The murdered Trump supporters would have their deaths avenged.  But for the obvious, Leftist reason this is not the case.  Because there are 2 sets of rules.  One for the real domestic terrorists, ANTIFA/BLM and one for the Conservatives.  Didn't we see this so clearly, first with Nick Sandmann being 100% set up by the Media and Leftist Politicians who tried so hard to destroy this young man's life?  And then with Kyle Rittenhouse who should have been immediately cleared by so many videos showing that he was acting in self defense against ANTIFA/BLM.  But no, there are 2 sets of rules...one set for the Left and one set for the Right.

Our entire summer was consumed with unbridled attacks on US Federal buildings!  But where was the outrage from the left then?  I know where, it was galloping full speed towards what we experienced at the US Capitol.  And there the narrative and agenda would spin and all common sense would fly off the radar.  It didn't matter that our country has been under SIEGE for months and months and with Portland currently under ANTIFA control.  It isn't even relevant that BLM rioters have obliterated communities, raped, murdered and pillaged cities, all in the name of George Floyd...but not really.  They just want to be heard. 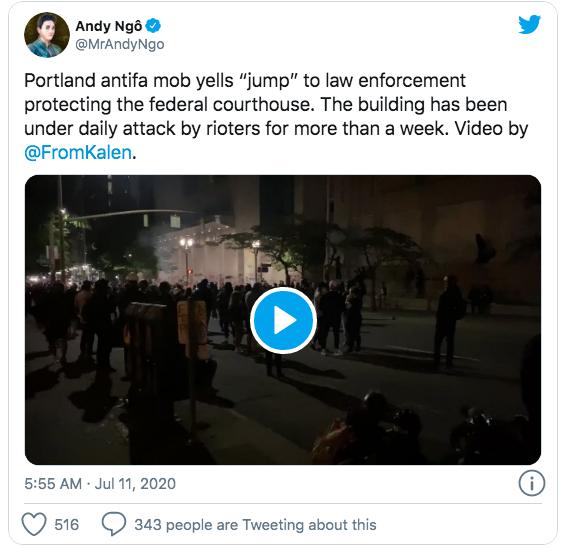 FEDERAL COURTHOUSE UNDER ATTACK FOR OVER A WEEK BY ANTIFA AS POLICE DESPERATELY TRY TO PROTECT IT!

The never ending proof that intellectual honesty is dead is just not picked up by the Leftist run, mainstream media.  If it were and if there were some honest investigative journalists they would come to certain conclusions about what happened on Jan 6th in DC.  The first conclusion they would come to is called, Modus operandi.  Looking at things in a pattern or habit.  And good Lord, this is where intellectually would be a MUST.  Who bashes officers over  the head?  Who uses molotov cocktails and homemade bombs?  Which 2 groups of domestic terrorists are known to HATE the police?  I think we all know the answer to those questions, but those on the Left have encouraged these Domestic terrorists for so long that to actually accuse them of doing something like gaining unlawful entrance into our State Capitol and causing destruction to the point of Killing a police officer, just won't accomplish their goals.  Intellectual Honest is DEAD with these people.

ANTIFA/BLM Terrorists attempt to murder police officers that they trapped inside a federal building.

These are the people that the MainStream media and the Social Media Giants are protecting!  "Little did I know then that I would soon have a more immediate encounter with antifa violence. Two weeks ago, I was left hospitalized with a brain hemorrhage after a mob of mask-clad rioters beat and robbed me while I was covering a demonstration in downtown Portland, Ore. The attack, claimed by Rose City Antifa, was caught on videos that went viral online."~Reporter Andy Ngo

We have endured violent mobs in Seattle, New York, St. Louis, Washington, D.C., Baltimore, Portland, and a little town called Kenosha and yet, the Democrats,the Liberal left and the Media Monsters do whatever they can to protect these extremely violent, rageful, evil, cop hating, people.  Where was the rage when an ANTIFA member killed a Trump supporter in cold blood? 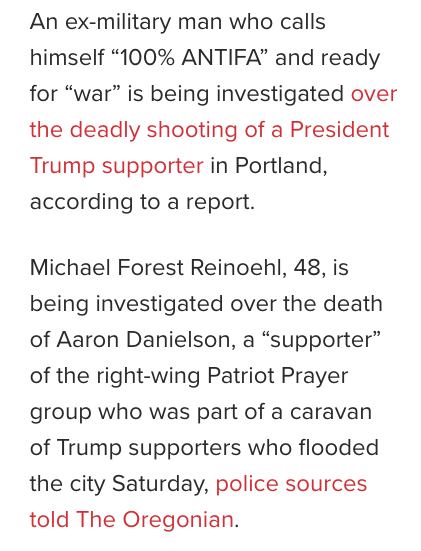 Aaron Danielson member of the Patriot PRAYER group, murdered by ANTIFA member. NO OUTRAGE from media!

Now we are at the funeral of Intellectual Honesty.  You are brain dead if you don't think the ANTIFA was at the DC event on Jan 6th, 2021.  ABSOLUTELY BRIAN DEAD!  You are also not very WOKE if you didn't know that ANTIFA planned to mingle with Trump supporters and had made a plan to dress in Trump supporting garb.  The FBI knew this!  The local police knew this.  But what a great way to set up unsuspecting Trump supporters and have them swept away with this crime of passion?  ANTIFA is well versed in this type of activity as you have seen above, which goes back to Modus operandi.

Now all of this brings me to the crux of this writing, the nail in the coffin...  The Leftist Mob is trying their best to claim that the "SIEGE" of the Capitol building at DC on Jan. 6th was a planned, orchestrated coup by Trump and his supporters to take over the Government.  I have heard, as to be expected by the left that these Patriots, who did enter, were violent, insurrectionists, intending to cause harm to whoever they encountered and to take the Capitol building by force.  WE ALL KNOW this is the farthest thing from the REAL TRUTH!  But we ALL, and I mean ALL of us, left and right, know what ANTIFA's main goal is!  To be able to overtake the US Capitol building, the source, in their minds of ALL EVIL!  This is not a conspiracy, as we have witnessed them for a year now trying to take over many local Federal buildings, even to the point of trying to burn police alive inside as they attempted to burn a Federal building.  Remember, to them, there should be NO US Government at all!  No police, no Government but constant anarchy!  This is NO secret to anyone, let alone the FBI!  They know who was really behind this event!   Click on the image below, watch the video and you tell me, how many Trump supporters you actually see.  A Maga Hat does not a Trump supporter make!  Writing the words, "Trump supporters storm Capitol..." does not make it true.

NEWS.COM CLAIMS TRUMP SUPPORTERS STORM US CAPITOL BUILDING WHEN IT IS OBVIOUS THESE ARE ANTIFA MEMBERS BREAKING IN!

So, it does seem abundantly clear that it is perfectly ok for the Media mob, the Democrats and the RINOS to make misinformed statements and spread disinformation about how this really went down.  Especially considering that Trump supporters have never had a propensity of violence, but we know for a fact that ANTIFA does!  Perhaps this is why Biden claimed that ANTIFA doesn't exist, that they are just an "idea."  Convince the ignorant and the intellectually dishonest that this is all TRUMP'S fault and that it was TRUMP supporters that stormed the Capitol building and you've accomplished exactly what you've been trying to do for the last 4+ years!

Do I believe that there were a handful of Trump supporters that entered the Capitol building that day?  YES, most certainly.  But do I believe that it was the Trump supporters that forced their way in?  Not on your life.  I think some got swept up in the moment, and followed the lead of those who really wanted to get into that building--ANTIFA!  And do I think it was a Trump supporter who hit the police officer on the head with a fire extinguisher?  Nope, not for one second.  Remember it is NOT the Trump supporters that HATE the police!  And do I think it was a Trump supporter who smashed in the window that Ashli Babbitt went through and was shot and killed by police?  Sure don't! Where is the outrage for her death?  She is no more of a criminal than George floyd was...actually she was much much less of one. Can you imagine if she had been a BLACK LIVES MATTER MEMBER shot by the police?  Man, then the CHIT would have hit the fan!

Pay very close attention to this video.  You can hear a woman in the background telling the crowd that ANTIFA is trying to break a window into the Capitol building.  She is screaming, "NO ANTIFA, NO ANTIFA...!"  Then watch as a person wearing a Maga hat throws him to the ground.

LET US NOT FORGET HOW QUICKLY THE MEDIA MOB AND THE DEMOCRAT POLITICIANS TRIED TO CRUCIFY NICK SANDMANN. LET US ALSO BRING TO MEMORY JUSSIE SMOLLETT AND HOW SUCCESSFUL HE WAS IN CONVINCING THE DEMOCRATS THAT HE WAS ATTACKED BY 2 WHITE MEN IN A RACIAL AND POLITICAL HATE CRIME!  TRUMP SUPPORTERS!

You all can draw your own conclusions, but remember, intellectual honesty MUST come into play!