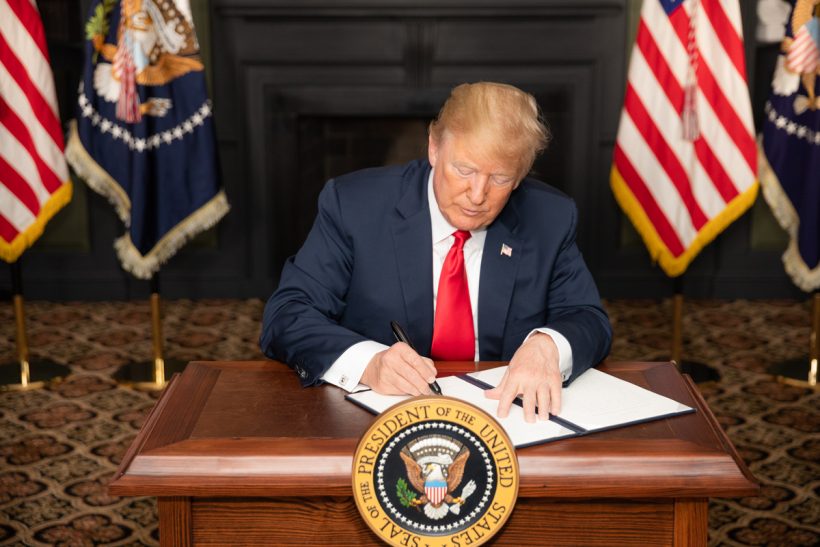 Will President Trump use his executive order?

So, my internet has been down for FIVE days!  We had a pretty severe wind storm in my little town and it has been like a censorship from mother nature....and it's most likely been a good thing as the stuff I have wanted to write, may have cause the black vans to come knocking at my door!  It is Jan. 18th and tensions are high.  We have people talking about the Insurrection Act that Trump will be enacting, those who are seeing ALL THESE military personal at the Capitol as a setup for Trump to expose all the crimes from the Democrats and then those who are simply just waiting for Biden to be inaugurated.  I am just sitting here waiting to see what happens. It is like Good verses Evil!

To be honest, I have no idea what is going to happen.  But I do have to wonder why there are so many troops at the DC capital.  I mean, why?  I  am listening to all the Bs from the left regarding Trump supporters being "domestic terrorists" because they question this election.  What I am listening to from the Democrats is like listening to Communist propaganda!

We have all witnessed violent acts from the left for years now, but especially the last year.  VIOLENT ACTS!  ANTIFA, BLM have been given permission and encouraged by the left to riot, destroy Federal buildings, attack conservatives...even as far as shooting Congressmen playing softball and assassinating cops!  And the Democrats have no issue with any of this!

We have witnessed an election that was so obviously rigged, but the Left says we are insurrectionists if we even question this reality! I don't even know what dimension of reality we are in.  I know President Trump signed an executive order regarding election fraud and interference from foreign countries, BUT WHY?  Why did he do this if he wasn't going to use it?  WHY?

I wish I really knew what was going to happen in the next couple of days, but I don't.  I know there is enough evidence to flip this election to the true winner, TRUMP...but I have no idea what is going to happen.  I have known about Italy for a while now, I have known about the Germany servers...and I also know that President Trump is a man of his word that he will not let EVIL prevail.  So, what comes next?  I don't know.