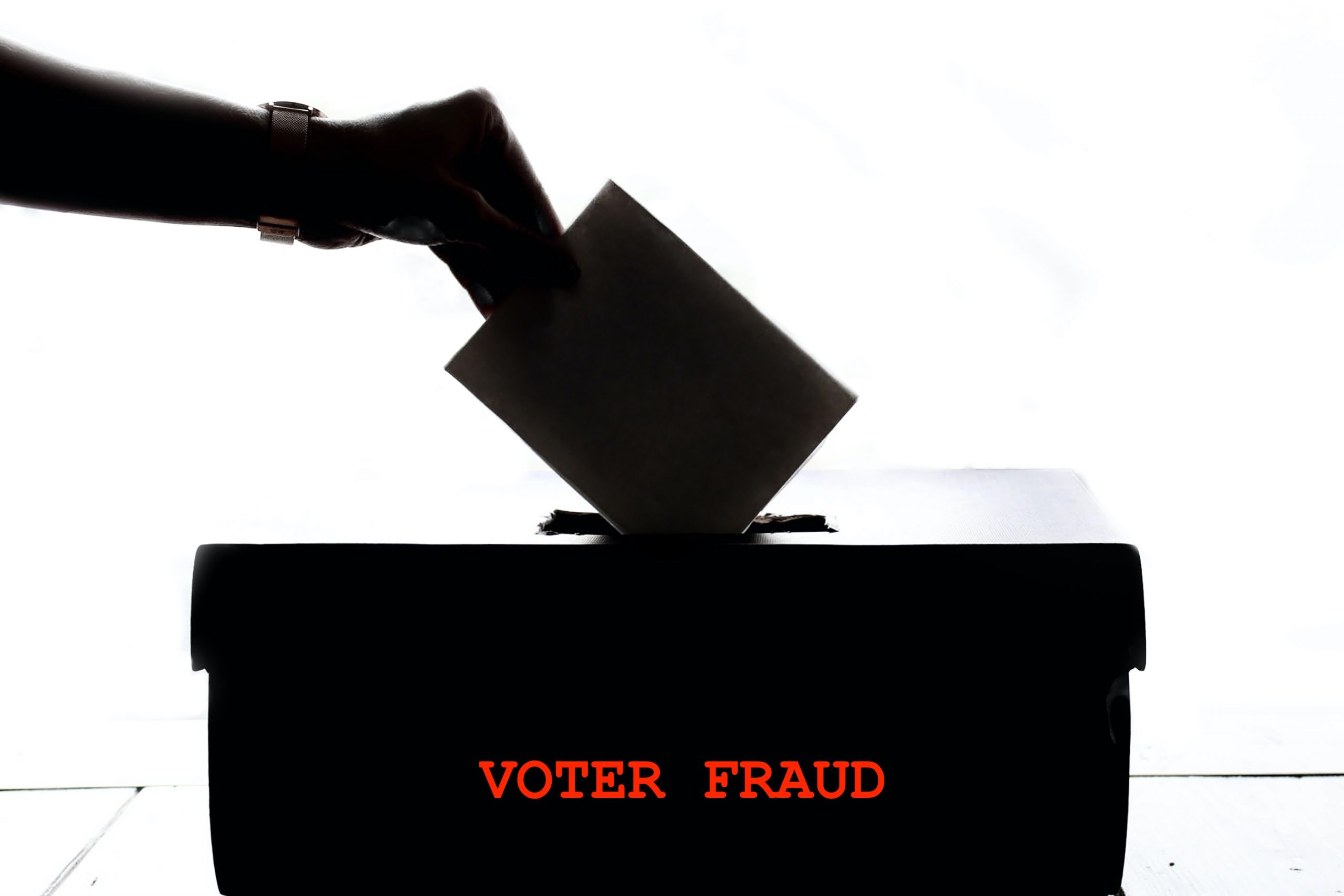 I ponder on political, historic predictions all time...like when Obama was talking to the out-going President of Russia in March, 2012.  It was like he was a prophet or something while having a conversation with President Dmitry Medvedev.  Now, obviously, no one was supposed to hear this, except those two world leaders, but with a mic malfunction, we did.

President Obama: "On all these issues, but particularly missile defense, this, this can be solved but it’s important for him to give me space."

President Medvedev: "Yeah, I understand. I understand your message about space. Space for you…"

President Obama: "This is my last election. After my election I have more flexibility."

President Medvedev: "I understand. I will transmit this information to Vladimir, and I stand with you."

I keep going back to this event because it is important.  I think this is perhaps the 5th time in my writings that I have brought this up.  WHY?  Because, especially now, with over 80 million people, both Republican's and some Democrats know that the 2020 elections were compromised  (stolen) and that the outcome was not the real, true representation of the wishes of the American people.  But what is most important here, is what Obama said to Medvedev that day.

"This is my last election. After my election I have more flexibility."  Ok, so I get the fact that in 2012, 47% of Americans were on some type of Government assistance and would obviously vote for their Daddy Warbucks, and the Black community was still under that spell of the race card and hard core divisions between Blacks and Whites were being heavily narrated and violent protest were becoming the acceptable norm...still, how did Obama know for such a fact that he would win that he emphatically said so to the Russian President...so much so that he made clear his demands to the Russian's--"give me space."  Was he really the Savior like so many liberals claimed or was he just some slimy, scale covered, name it and claim it charlatan?

One has to really wonder, was there some election shenanigans going on?  I watched the polls, I listened to Romney and it was pretty easy to know that he was going to win.  Obama didn't deliver to the American people, especially the Black community, what their delusions conjured up, and it was evident that Obama was not in office to bring unity but to facilitate race baiting, cop hating and encouraging Black Americans to believe they were victims of White suppression. And Obama care was a HUGE lie and failure! Romney was positioned to win.

Now we didn't hear much from anyone back then about election fraud, but there were many who suspected Obama's 2012 win was accomplished by exactly that!  Townhall.com wrote a very detailed description of that elections voter fraud incidences.

"So how did Romney lose a race that numerous reputable polls and pundits predicted would be an easy win, based on historical patterns? The most realistic explanation is voter fraud in a few swing states. According to the Columbus Dispatch, one out of every five registered voters in Ohio is ineligible to vote. In at least two counties in Ohio, the number of registered voters exceeded the number of eligible adults who are of voting age. In northwestern Ohio's Wood County, there are 109 registered voters for every 100 people eligible to vote. An additional 31 of Ohio's 88 counties have voter registration rates over 90%, which most voting experts regard as suspicious. Obama miraculously won 100% of the vote in 21 districts in Cleveland, and received over 99% of the vote where GOP inspectors were illegally removed.

The inflated numbers can't just reflect voters who have moved, because the average voting registration level nationwide is only 70%. The vast majority of voters over the 70% level are not voting because they want to, they are voting because someone is getting them to cast a vote, one way or another. Those 31 counties are most likely the largest counties in Ohio, representing a majority of Ohio voters. This means the number of votes cast above the 70% typical voter registration level easily tops 100,000, the margin Obama won Ohio by."

I encourage you to click on the paragraphs above to read the entire exposé ...it is a very telling tale of voter fraud that occurred in the 2012 Presidential elections.  And THIS is exactly why Obama could say to the President of Russia, without doubt, that he would win his second term.  BECAUSE THIE FIX WAS ALREADY IN!

Obama (st)uttered a very telling statement at the Rose Garden in 2016 in regards to that election as well.  OBAMA knew that there was going to be some serious voter fraud going on and Trump was seeing all around him those signs that the 2016 election was going to be rigged.  Obama, had to cover up his fraudulent election and set the stage for a Clinton Win.  He was so sure that Trump would lose that he said as much to the American people, "Mr. Trump will NOT be president."  That was a bold statement to make considering the obvious and overwhelming support Trump had from his supporters...the Deplorables.  But you see, Obama knew how rigged elections worked, first hand.

So, it was crucial for Obama to convince the American people that Donald Trump's claims that the election was going to be rigged was just a bunch of BS.  But he knew 100% that it was. Voter fraud is nothing new, it didn't start with Obama and as we have clearly seen, it won't end with Obama either, it's just getting more transparent, more blatant, sloppier.  But, listen to President Obama assure the American public that there is no such thing as a rigged election or voter fraud.  Notice the stuttering every time he lies. This was Obama's Achilles heel, he stuttered every time he lied, and he stuttered A LOT!

Obama was setting the stage for what he knew was not only possible but was positively in the works, he needed to make sure he lied to the American people and convinced them that there was NO SUCH THING AS A RIGGED ELECTION!  And yes, Hillary was going to win 100%!  It was in written in the stars.

Let's look back a little more at the 2012 elections.  The American Thinker put out a great piece on Nov. 17th, 2012 which smacked at the sentiments tens of millions of Americans feel now.  Except, more so as we have simply become irate with the Democrats CHEATING!

"There are 15 states with photo ID requirements for voting.  Mr. Obama lost in all of them.  In places with the weakest controls, specifically counties in Florida, Ohio, Colorado, and Pennsylvania, he generally drew turnouts in the 90% or greater range and won by better than 95% of the vote.

Losers tend to look for external explanations, and a lot of conservatives looking at numbers like those from Florida's St. Lucie County (where Mr. Obama got 247,713 votes from only 175,554 registered voters) are starting to question the legitimacy of the electoral results as reported.  That's not good news for democracy, because the system works only if we trust it -- and having a majority in the GOP write off a minority who think the results were rigged serves nobody.  Not even Democrats."

There was also the very bias "fact-checkers" in 2012...Politifact. So when Republicans smelled a cheating rat they began looking at the numbers and strangely stating the exact words that we've heard recently.  After the basic Liberal rhetoric, Politifact unequivocally stated that it was very possible that Obama received 100% of the votes and Romney received ZERO.  OK...if you say so Politifact.

"It’s an odd experience to dig this information out of the memory hole.  No Democrat cares: no party leaders, no members of Congress, no journalists, and no ordinary people.  Democrats do not care about  rule of law or fair elections.  All of them feel morally entitled to win.  That is the corrupting influence of their identity politics that tars political opponents as moral reprobates."  American Thinker 2017 Regarding 2008 Democrat primaries.  PLEASE READ!

You see, nothing at all has changed since 2008, 13 years ago!  Everyone (who thinks)  knew that Obama cheated to get the 2008 Presidential nomination but no one wanted to deal with that scandal...the Liberal media certainly wasn't going to slit their venomous throats to report the truth about their neat and clean, "African American" Junior Senator, Barack Obama.

what is the point?

So what is my point in all of this?  Well, isn't it obvious?  We must STOP the Democrats from lying, cheating and stealing elections! We must see how they are now using the Rules for Radicals play book and we must not tolerate it.  If the 2020 elections were fair without any cheating going on then the Democrats would welcome forensic investigations and the courts would certainly hear the evidence...contrary to popular liberal myth, the courts have NOT heard any evidence regarding voter fraud, they don't want to...just as much as they didn't want to hear it in 2008 or 2012.  We simply can't keep allowing the Democrats to twist the facts, and attempt to paint Conservatives as Domestic terrorists as a distraction to their outrageous, criminal behaviour and their incitement to violence that this country has dealt with for a  over a decade now.  And the very reason that the Democrats DIDN'T contest the 2016 elections but constantly claimed Trump was an illegitimate President, is because, to do so would have EXPOSED their failed attempt to rig the 2016 elections for a Hillary win.  Instead they created the Russia Conspiracy theory!