I woke up this morning to a Facebook message from a neighbor...I would love to say it was a kind message, but it wasn't.  Now, we moved into this neighborhood almost 4 years ago and we took an old dilapidated home that was a serious eye sore for the neighbors and a property value depreciator, and through a LOT of hard work, turned it into a beautiful home that improved the entire neighborhood.  During this renovation I had the great pleasure of meeting many of our new neighbors.  I knew they were all curious as to what we were doing with the inside our our old, giant Mid Century Modern home so as the opportunity presented itself, I would invite those who were walking by to come in and take a tour to see our progress.  One such neighbor, the one who sent me a message today was one of the people that I graciously allowed into my home.

So, to the message...  At first, I didn't recognize the name, but when she wrote, "I don’t think I’m a thug. I’m a liberal, but I don’t I’m a liberal, socialist thug. I’m just your neighbor."  (I copied and pasted) Firstly I had to wonder if her message to me was some Freudian slip up or this was really how she self identified--"I’m a liberal, socialist thug."  I realized that this message was from the neighbor who lived very close; the back of our properties almost touch, but she lived on a different street.  Since she is not my facebook friend, I didn't know where this anger was coming from.  So I went to my recent posts and, there it was...I made a comment regarding the "liberal thugs" who were trying to remove a newly elected conservative, Trump supporting Chairman of our local College.  Well, at least I assumed that was the reasoning for her facebook message to me.  I had also written a tongue in cheek opinion about "liberal thugs" a few weeks ago that basically stated that if ALL Trump Supporters were being considered and outright called, "domestic terrorists" needing to be "reprogramed!" then, considering all the destructive, violent, murderous riots our country has suffered through  and all the incitful rhetoric from the Left, including our Vice President Kamala Harris, I would have no choice but to see these people, theses Liberals, all of them as  potential, violent THUGS.  Well, evidently my point was missed by my facebook stalking neighbor and she felt the need to message me a nasty message that she didn't appreciate being called a "thug."

I asked her to read this letter in the LA Times before she responded to me.  PLEASE READ IT HERE!  It starts like this:

"Oh, heck no. The Trumpites next door to our pandemic getaway, who seem as devoted to the ex-president as you can get without being Q fans, just plowed our driveway without being asked and did a great job.

How am I going to resist demands for unity in the face of this act of aggressive niceness?"

She DID NOT feel the need to read this article but quickly made another comment... I then simply pointed out the years of violent riots, attacking Federal buildings, burning police stations, murdering innocent people, to which she gave me the normal, Liberal response that condones murder, destruction and the Billions of dollars worth of damage. "The question is WHY were the people in those towns rioting? Because black people were being murdered by police. And yes, you do need to be reprogrammed because you continue to push the lie that the election was rigged. That’s a lie."  (Emphasis mine)

These are the rants of a politically and socially ignorant and intolerant individual.  She also stated, "Look up the word “thug.” I’m as liberal as they come but I’m no thug."  AS LIBERAL AS THEY COME?  Hmmm,  I am a conservative, but I certainly wouldn't consider myself, AS CONSERVATIVE AS THEY COME.   I know many who are way more conservative than me.  I grew up as a Liberal, in a very Liberal family and lived as a young adult, well into my late 20's as a Liberal .  So what does it mean to consider yourself, "as liberal as they come?"  I would have to believe that she was telling me that she was an Alt-Left, perhaps even a radical liberal.  I think that is what someone would be if they claimed that ideology.  Maybe I am wrong on that one, but it is certainly the impression she imposed upon me in the message she sent.

I don't think that she is going to come to my house and beat me up like Rand Paul's liberal neighbor did to him.  I mean I hope she doesn't come over and break my ribs causing me to have a part of my lung removed.  And, I certainly hope that when I am out playing softball she won't pull out a gun and try to murder me like what happened to Congressman Stephen Scalise or even kick me when I am down, or harass me at a gasoline station.

But then there is still her desire for me to be "reprogrammed."  What exactly does that entail?  And what if the reprogramming is unsuccessful?  Will gas be involved?  Starvation?  Or just a bullet to my head? 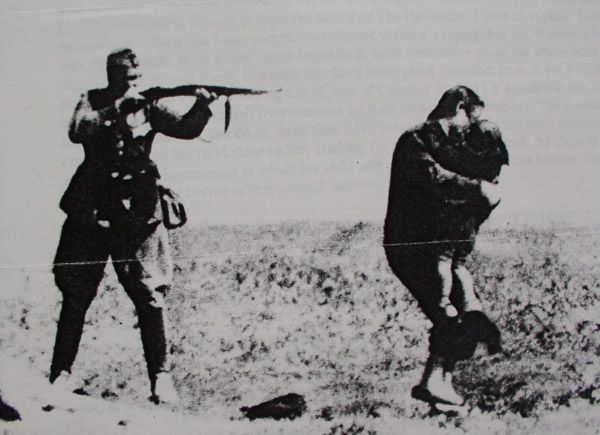