The Government Attorney defending the reason for Vaccine mandates lets a TRUTH slip out. 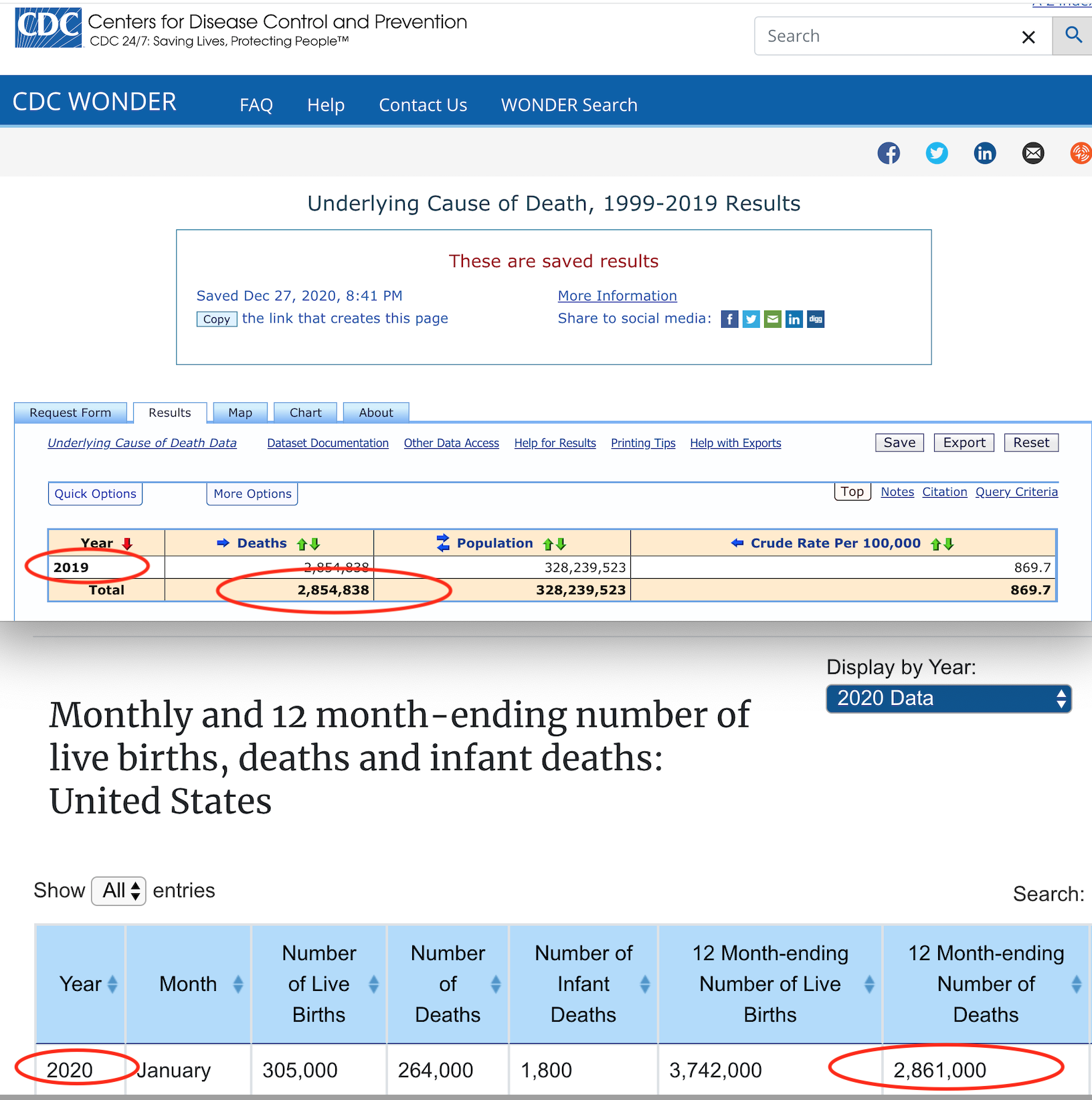 OK, the final numbers are in. For the last decade or so, we have been seeing an increased death rate each year as the Greatest Generation and Baby Boomers pass away.  You see, up until 2019 Boomers made up the largest population in the US, at close to 79 million.  It makes a lot of sense that we are dying out as we are getting older and by 2050 it is calculated from the average death rate that we Boomers will only represent a little over 16 million people.  Millennials, old age is coming for you next!

What I have found to be a bit disconcerting is that I have shared this CDC data with a couple people and they don't get it. The deception is so grand that the majority of people simply can not comprehend the point. I have even gone so far as to say, "The difference in the 2019 deaths and the 2020 US deaths is 6,162! " And they look at me and say, "ok, so what's your point?"

But these are the same people that will emphatically and passionately claim that almost 500,000 people have died of COVID!  This is the COVID DELUSION!  And it is being repeated by ALL SIDES!   It is like people are claiming that if this Chinese flu had not flown our way then half a million people would still be alive!  Now that farce would be really hard to shove into the data.  But that is exactly what people are trying to convince us of.  With or without THE COVID this number of people would have died and if we simply examine the data we will see that 2020 saw the lowest increase of deaths in 3 years, but a LOT!   We are also to a point where science or logic doesn't matter...only how you feel about the science will be how illogical unstable your stance will be.  Isn't this painfully obvious?

Yes, the Emperor is naked...No Epstein didn't kill himself and Biden didn't win the election!