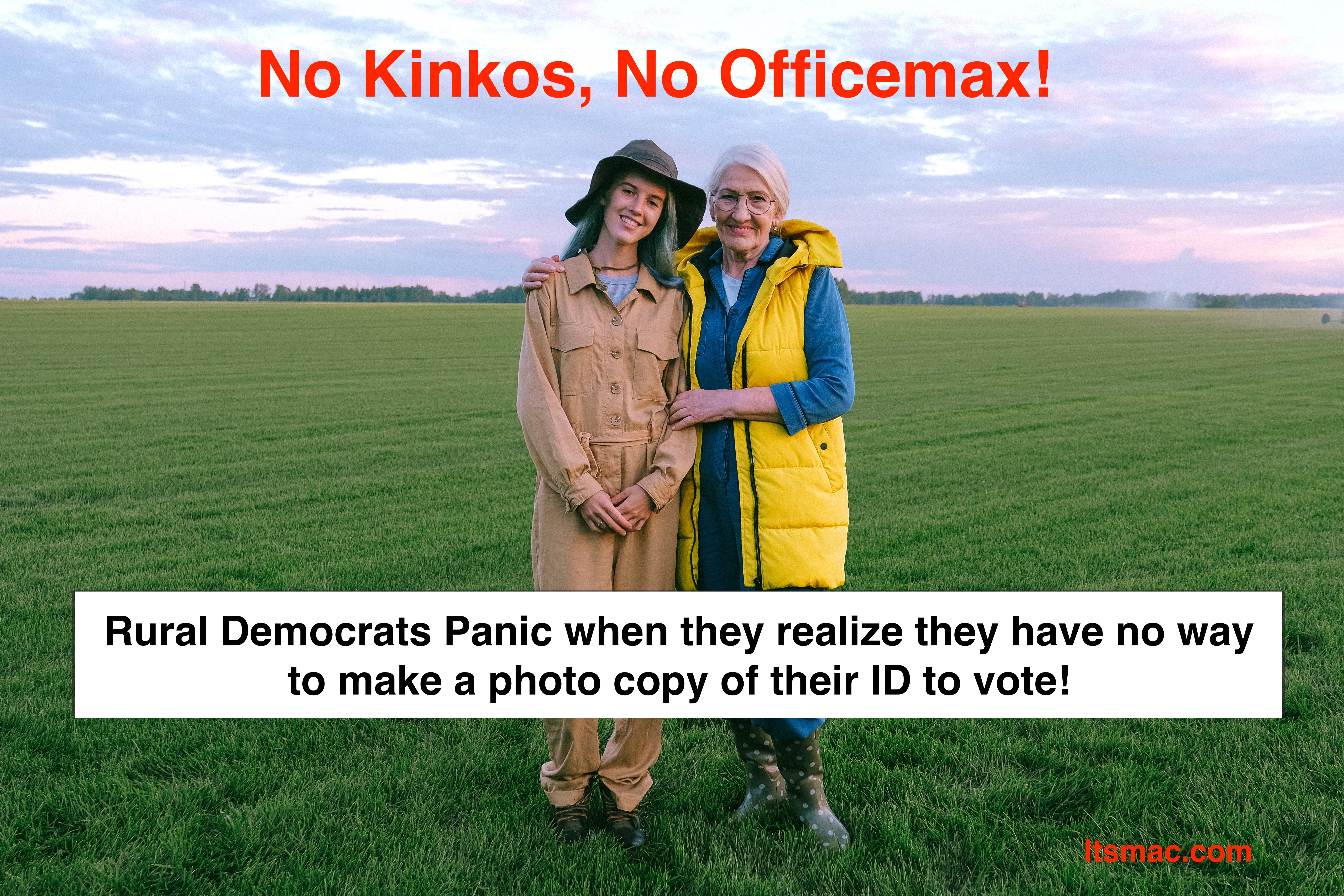 Rural Democrats panic as they realize they no Kinkos or Officemax!

Just when you thought that our Vice President, Kamala Harris couldn't get any worse than Joe Biden, she opens her mouth.  Now I get it, this multi-racial, privileged, college educated, VICE PRESIDENT of these United States, doesn't really have a grasp on the MAJORITY of this country, which indeed is, rural.  Unfortunately she also doesn't understand that those living in these flyover states are actually more educated, more aware and more Conservatives than she realizes...these are NOT her constituents!  And whether she believes it or not, people who live in rural communities do enjoy those big city luxuries like, electricity, internet, cars, television and the vast MAJORITY have cell phones and email!  And although the turnip truck still makes its deliveries, most folks don't fall off.

I just don't know why Democrats constantly accept such insults from their politicians.  First it was, Black people are too ignorant to get an Id to vote and now, people who live in rural areas are too stupid, ignorant, poor, whatever, to make a photocopy of their ID to prove their identity.  Come on man!  Kamala could only be directing her comments to her voters, because the rest of us couldn't care less what comes out of her mouth when it come to voter ID--we're all for it Kamala!  How do the Democrats that these people are crooning to put up with these types of constant demeaning sentiments?  I mean, when Hillary Clinton was running for President and called Bible reading, God fearing, Conservatives a "Basket of Deplorables" we wore that insult as a badge of honor, we had hats made, tee-shirts...as a matter of fact, that's what we named our boat!  But we all knew that Clinton was not on our side, so her derogatory comments were to be expected...WE WEREN'T GOING TO VOTE FOR HER!  However, I hear that deodorant sales soared at Walmart. 😉   If you get it, you get it.

BLACKS HAVE NO RADICAL SUPPORT TO FUND THEIR SUCCESS!