I am pretty irate by the tweet posted by James Talarico, a 32-year-old member of the Texas state legislator who abandoned his position in the Texas legislator with 57 other  Democrat comrades...chartering a private place and heading to DC and calling this treasonous act, a "sacrifice!" 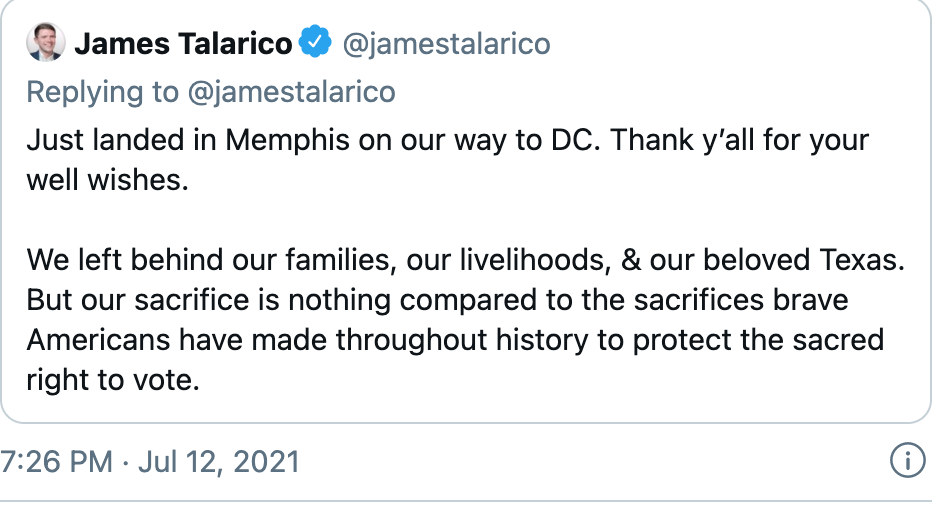 James Talarico tweets about the sacrifice him and 57 of his Democrat Comrades are making by abandoning their political duties.

This irritates me for a myriad of reasons...for one, hopping on a private plane, maskless with beer and snacks, when it was the Democrats who created the Plane mask mandate to begin with and Federally enforce it on the rest of us.  Then there is his ridiculous comment about his sacrifices while running away from a legislative vote, ironically, on voting reform and comparing happy faced (maskless) travels with the actual sacrifices made by REAL AMERICANS throughout history that have protected our "scared right to vote.  And these are the same people who compared a 4 hour, MOSTLY peaceful protest at our Capitol to all those who lost their lives on 911!  3000+ lost lives!!!!!!  This is appalling to me.  But what infuriates me the most, I mean, really chaps my hide, THE FACT that Aaron Sargent, a Republican introduced what we know now as the 19th amendment that would give women the right to vote.  Not just in some states, as in the case of Wyoming who allowed women to vote since 1869, but on a Federal level...an Amendment to our US Constitution.

So in 1878 this Republican put forth this amendment giving women the right to vote and it was so vehemently opposed by the Democrat controlled Congress, like they believed women to be absolute, useless idiots who couldn't find a Kinkos or an OfficeMax if their life depended on it, let alone obtain a photo ID to prove their identity!  The Democrats literally hated the mere though of women having that SACRED right to vote that every time this  19th amendment proposal was presented to the Democrats it was beaten bloody back into the darkness. But more and more states began to allow woman to voice their opinion at the ballot box. These states included Alaska Territory, Arizona, Arkansas, California, Illinois, Indiana, Kansas, Michigan, Montana, Nebraska, Nevada, New York, North Dakota, Oklahoma, Oregon, South Dakota and Washington and the Bigoted Democrats were losing ground, mostly the racist Southern Democrats.  You see it wasn't just the idea that women could have a voice, it was deplorable that black women would be included in that amendment!  The Democrat Southerns couldn't allow that to happen!

Speaking of bloody beatings, during the time of the suffrage movement and particularly on November 14, 1917, many women found themselves imprisoned and tortured by those who wanted to SILENCE them---DEMOCRATS!  This was all from the Democrats who wanted to keep women in their place, especially black  women.  Read more about this horrific event here.  And better yet, read about the actual eye witness and victim's account of what these women suffered HERE in the book, Jailed For Freedom. 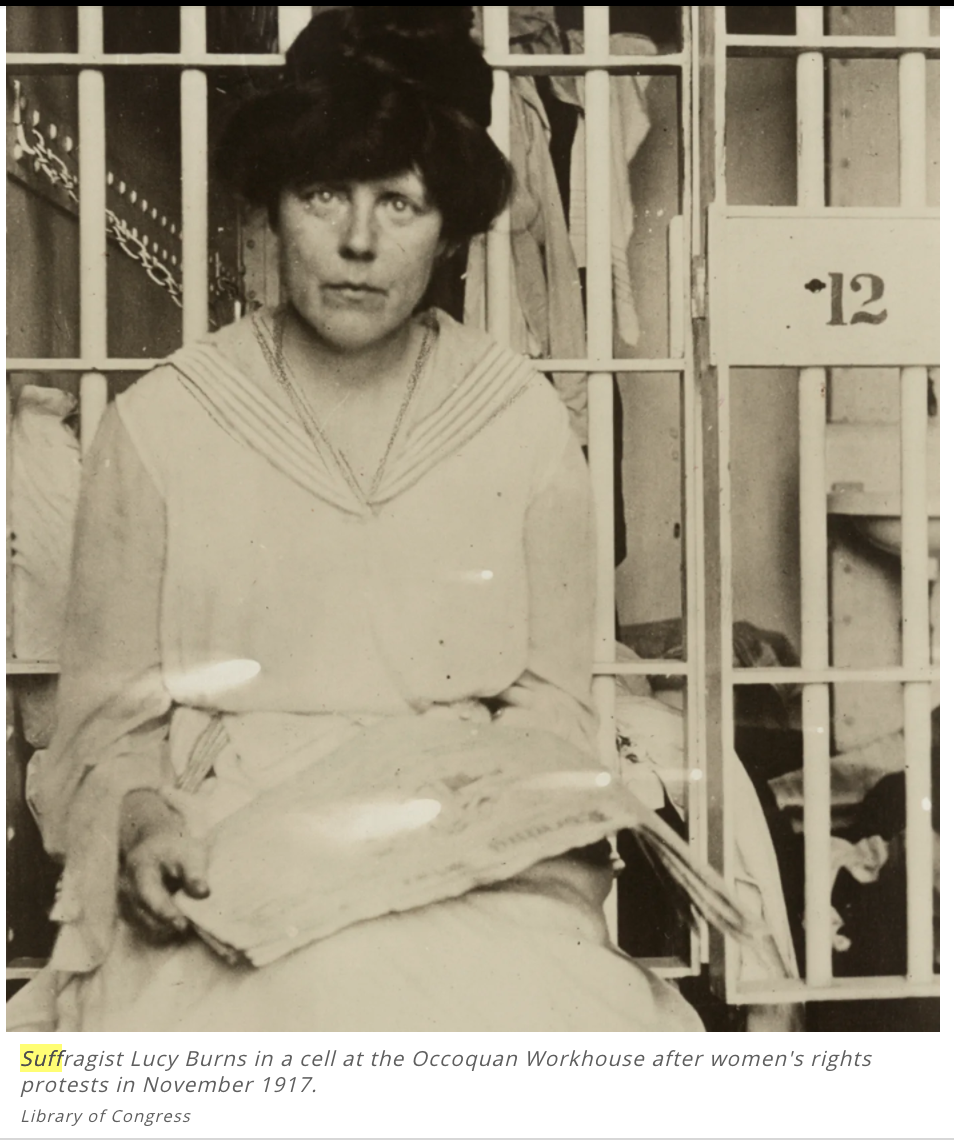 Lucy Burns beaten and jailed for wanting the sacred right to vote!

Well then James Talarico, you should not only be disgusted and shameful for your arrogant comment, but you should also hang your pathetic head low to be in a political party that has been so destructive to women as well as blacks since its inception.  All of you Texas Democrats who deserted your post should be ashamed and the full extent of the law should befall you!  I will not forget your history, your Democrat Comrades fought tooth and nail, to the extreme of beating, jailing and silencing women so that they would NEVER have the SACRED RIGHT TO VOTE!!  I THINK REPARATIONS ARE IN ORDER FOR YOUR SINS!