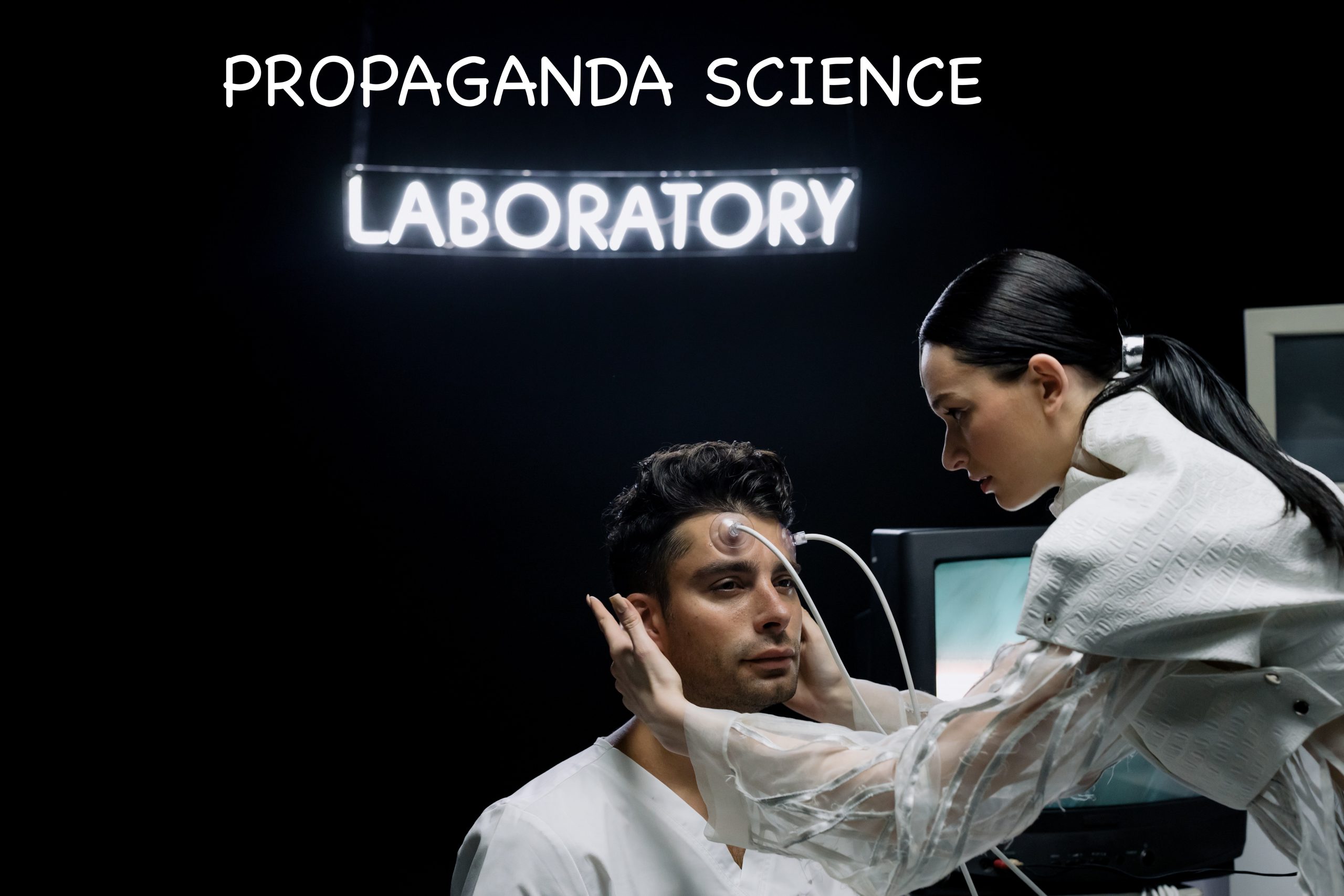 Real Science has been replaced by Propaganda Science.

The fear-mongering says that COVID will kill you...and for some, this virus can have catastrophic effects, especially for those who tested COVID+ and then died in a car accident, drug overdose, accidental death, gunshot, drowning, were in their natural, last days in nursing homes, or those terminal in hospice care; this virus took an extreme toll on the above-mentioned individuals.

And then there were those who were infected and experienced low oxygen saturation levels and were put on ventilators, which was soon discovered to cause more deaths as it was never an issue of getting the lungs to move air...but then, there were all the people who died because the "science" of propaganda NEEDED them to die, as to not expose the effectiveness of therapeutics like the triad of drugs discovered by Nobel Prize nominee, Dr. Zelenko--Hydroxychloroquine, Zinc and Azithromycin or the successful treatment with Ivermectin, Monoclonal Antibodies or Convalescent Plasma.  People were literally denied these LIFESAVING treatments because, well, propaganda science...people must die!  Instead of repurposing these long standing FDA approved drugs our Federal Government decided to pull out a drug called Remdesivir that was created to combat hepatitis C and a cold-like virus called respiratory syncytial virus (RSV) and it wasn't effective in treating either!  But let's repurpose this drug (Because Fauci) and charge THOUSANDS of dollars for a single dose!  Where there is money to be made, it WILL BE MADE!  Remdesivir  which was used to cure NOTHING, received FDA EAU (emergency authorization use) in 2020 because--FAUCI!  Even though the WHO said there was NOT enough data to prove it worked and the the side effects of liver issues was concerning, let's not to forget to mention this, "About 25 percent of patients receiving remdesivir had potentially severe side effects, including multiple organ dysfunction, septic shock, acute kidney injury, and low blood pressure. Another 23% showed evidence on lab tests of liver damage."  FOLLOW THE MONEY!  Remdesivir costs anywhere from $3000-$5000 a pop!  Maybe some of you peeps out there in reader land might want to investigate Dr. Fauci's association with the drug maker Gilead!  No money to be made with old, proven drugs repurposed to fight COVID.   Follow the money, ummmm I mean, follow the science!

Ahh, there was a reason I was writing this beyond the fact that greed and HUGE amounts of money are being made from this politically protected virus, yes, my intention was to discuss natural immunities developed from those who have, miraculously survived this virus, millions upon millions, 98.9% of the US population to be close to exact.  Maybe that is girl math, but if 98.9% of the population will recover if infected then my math is spot on.  Reverse operation, right?   But just think about all the people, mostly the very elderly, that could have eeked out a few more years had they simply been treated at the first signs of symptoms?  Or even those middle-aged folks with serious co-morbidities, had they been treated immediately instead of being told to go home and if you have issues breathing, come back to the hospital and die there.  Keep in mind, the poor souls mentioned in my first paragraph were the walking dead and there was not much that could have saved them, but for all the others that died of actually having this virus, had they been treated,, promptly, properly and inexpensively and recovered, developing NATURAL immunities there would be NO PUSH for a vaccine!  THINK ABOUT THAT!

Natural immunity to this virus has proven to be long lasting and many scientists even claim that it could possibly be life long.  Like contracting the chickenpox...how many people get vaccinated against this virus after recovering from it?  That kinda sounds stupid. However, for those of you over the age of 35 or so, that have recovered from the COVID and are asked if you have been vaccinated for it, just ask them if they are going to get vaccinated for the chickenpox and watch them blank stare you.  Pretty much everyone over the age of 30 had the chickenpox and the science of natural immunities hasn't changed one bit!

Considering that there is so much more data and information regarding people who have recovered from COVID as it came to our shores sometime in the fall of 2019, I'd say as early as late Oct. of 2019, but for certain early Dec. 2019, and we have only 7 months of data on the vaccine which is proving to be pretty worthless against all these variants...variants that in my opinion were conceived from the vaccine itself and in some cases the vaccine is lethal or causing long-term, debilitating disorders.

Although it is almost impossible to find any real or accurate numbers, reinfection from COVID after a natural infection is "extremely rare."  So far I have found 5 actual cases of alleged reinfection after recovery from COVID.  In a math equation, with the population of the world that number would be considered ZERO!  And if we had serious numbers of actual COVID deaths, not including the people in my first paragraph, not using the approach admitted by Dr. Birx back in 2020, "We've taken a very LIBERAL approach...straight forward...There are other countries that if you had a preexisting condition and let's say the virus caused you to go to the ICU and then have a heart or kidney problem some countries are recording as a heart issue or a kidney issue and not a COVID-19 death. Right now we are still recording it and we will I mean the great thing about having forms that come in and a form that has the ability to market as COVID-19 infection the intent is right now that those if someone dies with COVID-19 we are counting that as a COVID-19 death."

So, if we simply didn't guess or pad the numbers (as Dr. Birx clearly said they were doing) and considered ALL the people that recovered from COVID before testing and even after testing was so in vogue, we would find millions that had formed natural immunity to this virus.  But the Propaganda Science, who pays no attention to science at all, completely disregards the importance, and efficacy of natural immunity, especially compared to an experimental vaccine that won't conclude it clinical studies until Oct. 27th, 2022.    YOU ARE THE EXPERIMENT!

NEWS THAT THE MEDIA ISN’T TELLING YOU! WHY?