With all the panic and fear-mongering going on with COVID and now the new the Delta variant, which is being purported as being as "contagious as the chickenpox," it makes me wonder just how contagious the original CV-19 was to cause the entire world to go into a frenzied, tail spin.

I remember bringing my kids to have close contact with other kids who had the chickenpox, with oozing sores to ensure we got that disease over with.  Although very contagious, chickenpox needs close contact to spread...like up close and personal.  I think the CDC should have said the Delta variant is as contagious as the puking-flu on a cruise ship!

Pretty much ANY virus is contagious if the conditions are right. It's really no wonder that we ALL DIDN'T die of AIDS back in the 80s! And now new laws have been passed or revoked that people infected with the HIV virus don't have to tell their sexual partners they could DIE if they have sex with them! You don't simply recover from the HIV virus, it's with you until you die.  But nonetheless we have Radio PSA's and TV commercials about "HIV STIGMA" and how to combat it!  REALLY?

Seriously, we were all going to die from AIDS just as sure as Russia was going to nuke us into oblivion!  In the 80s-90s we were told that AIDS was going to kill you and everyone could easily get infected.  And from this PSA, it still is! I wonder if people who died WITH the HIV virus, from ANYTHING other than HIV, like a car accident, suicide, cancer, drowning, etc were tested at death and added to the HIV virus death toll, how many millions of deaths would that be now? According to HIV.gov, roughly 84% of people with HIV globally knew their HIV status in 2020. The remaining 16% (about 6.0 million people) don't know they are infected. Millions of people are infected with the HIV virus and have no idea and are spreading that virus because testing is not mandatory for high-risk people...that would be racist, homophobic, transphobic or some phobic.

Remember when firefighters, cops, EMTs, all started wearing gloves when dealing with bleeding people and drug addicts BECAUSE they didn't want to contract the HIV virus!  Kinda like masks, but the gloves actually worked, well unless you got poked by an infected needle.  So, I started watching all these public service announcements that were on youtube about those horrible fear-mongers who are afraid of contracting the HIV virus and how this PHOBIA must stop!  Then, as I am listening and watching these PSA's I started to insert the words, vaccine and COVID and it was interesting.  I took a couple of screen shots to show you what I mean. 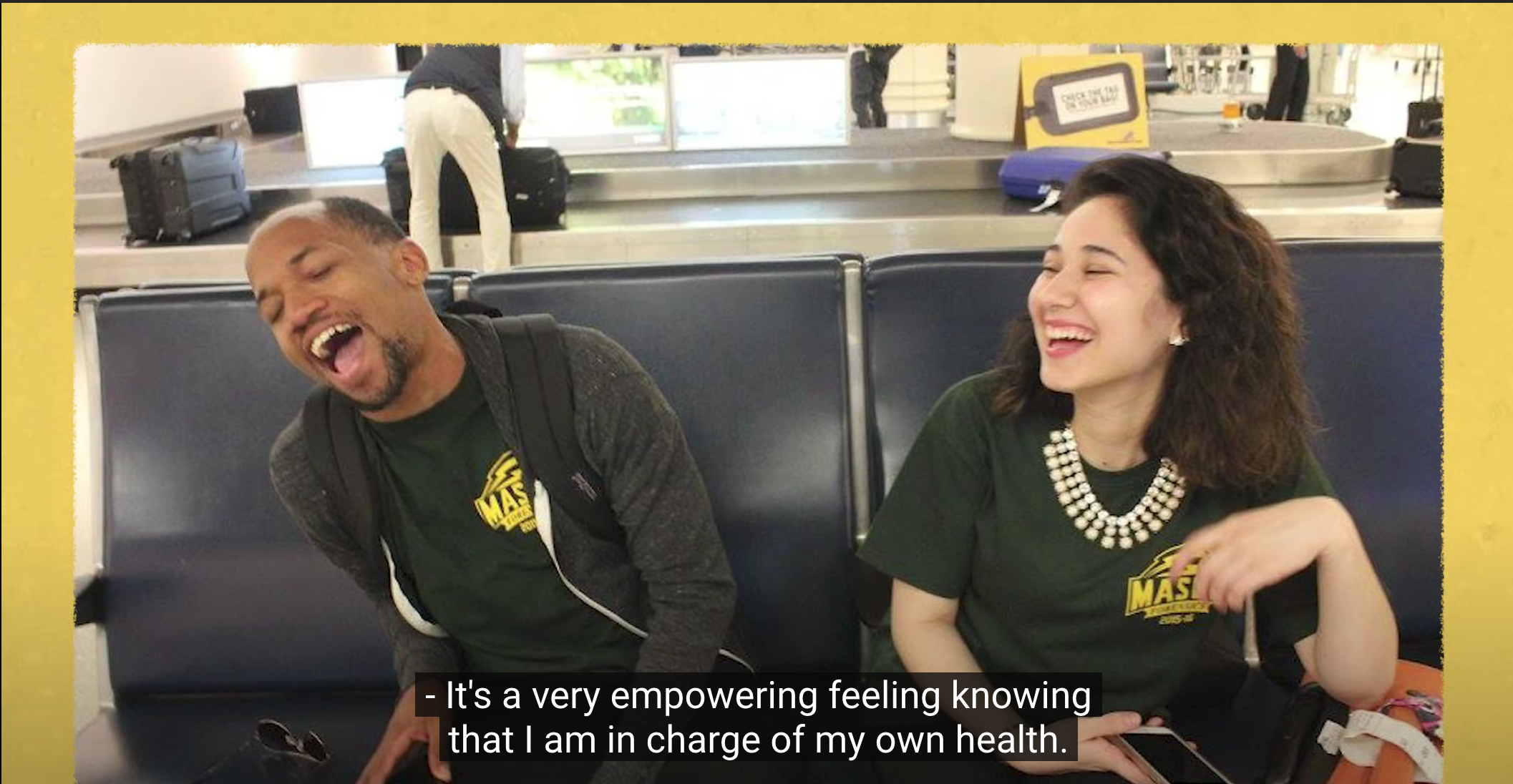 HIV.gov HIV PSA. People infected with AIDS taking charge of their own health.

So many infected with a deadly virus! Stop the spread!

So if you watch this video (above) this young man is telling us that you are literally surrounded by people, every day that have a potentially deadly, spreadable virus.  Now mind you, it is NOT as contagious a the seasonal flu or COVID, or even the chickenpox, but if that waiter cut his finger, hands you a fork...is that fear-mongering?  If so, then ALL the judges on CHOPPED that they are fear-mongers, as they won't even touch or taste food from a contestant if someone cut's themselves, and they are down right indignant if someone serves them food with blood on the plate, even a tiny drop on the edge!  We weren't obsessed with poisonous blood until the AIDS epidemic...which actually should have been called a pandemic as millions world wide were dying of it.

But now we are being told that we MUST get over our "stigma" regarding our fears of contracting HIV from someone...after all, they are all around us!  So perhaps we could start with taking off the gloves?  Doubtful, right?

Let's go back to the COVID infections and the vaccines.  Here we have a treatable virus that has a darn near 100% recovery rate for COVID ONLY symptoms and people are being forced into taking an experimental vaccine.  And if you don't, well, "they" will make life very difficult for you!  Did we treat HIV infected people this way?  Even when AIDS was the leading cause of death for ALL Americans age 25-44 from 1997-1999?  Did we ostracize them from society so that we could STOP THE SPREAD?  Were they forced to quit their jobs or not able to attend school if they didn't take medications or even tell people they were infected?  Were they quarantined and made to wear masks and gloves and mandated to--->"Stay at home, no sex no drug needles!"  Are they now?  Is there a cure and does this HIV virus leave your body in a matter of days and then leave you immune to the virus?  NO!  Are people still being infected with the HIV virus? Hell yes at alarming rates, but are they contact traced?  Are they being made to show their PAPERS to get into a school, a job, a restaurant?  Imagine having to show a negative HIV test to get into a broadway show...there would be 4 people in the audience and no one on the stage!

According to a recent HIV.gov publication, "HIV, the virus that causes AIDS, is one of the world’s most serious public health challenges...There were approximately 37.6 million people across the globe with HIV in 2020."  And here is the interesting thing, when you look on the CDC page for the AIDS death toll is states; "An estimated 770,000 people have died from AIDS-related illnesses since the start of the epidemic."  The "epidemic" began in the early 1980s.   But then, the HIV.gov site states a woefully higher number, " In 2020, around 690,000 people died from AIDS-related illnesses worldwide, compared to 1.2 million in 2010."  This discrepancy of the numbers is huge!  And according to History.com, "Today, more than 70 million people have been infected with HIV and about 35 million have died from AIDS since the start of the pandemic, according to the World Health Organization (WHO)."  So why would the CDC show such low, inaccurate numbers?  Perhaps the same reason they are padding the COVID deaths and pushing an experimental vaccine on the world and severely under-reporting vaccines deaths, serious injuries and the ever rising number of vaccinated people getting infected with COVID.  Maybe...

I hope I am making a point here!  The transmissible HIV virus has been around in full force, killing people by the millions since the early 1980s.  Up until recently, if you were infected with HIV this was a death sentence! There was and is currently NO mandatory HIV testing to get on a plane or to go to school or a sports event...oh because the science and our understanding of this virus has changed you say...HIV is still infecting millions and killing hundreds of thousands to over a million of people every year.  And yet, these people walk among us, without any forced testing, contact tracing and now we have Public Service Announcements all over the place, pleading for us to stop the fear-mongering and we are horrible people if we fear the AIDS virus!  But fear the COVID, FEAR THE UNVACCINATED!

MOST PEOPLE WERE VERY UNAWARE OF HOW MANY PEOPLE WERE GETTING INFECTED WITH THE HIV VIRUS AND DYING FROM IT IN THE 90S! WE HAVEN'T STOPPED THE SPREAD.

AFTER 2 YEARS CLINICAL TRIALS BEGIN TO STUDY THE ADVERSE EFFECTS OF THE COVID VACCINES!

THE DEATH OF INTELLECTUAL HONESTY! ANTIFA STORMS THE CAPITOL BUILDING!