THE RIGHT TO OUR LIFE AND OUR LIBERTY! Unless you are an unborn baby about to be aborted.

"Finally, the Court summarily announced that the “Fourteenth Amendment’s concept of personal liberty and restrictions upon state action” includes “a right of personal privacy, or a guarantee of certain areas or zones of privacy”573 and that “[t]his right of privacy . . . is broad enough to encompass a woman’s decision whether or not to terminate her pregnancy.”574 (https://www.law.cornell.edu/)

So let's take a look at the 14th amendment and it is really section 1 to which the "right" of a woman to have an abortion is stretched to death.

So I have never understood how 9 men could have construed the above words to become historically a "constitutional right" for a woman to murder her unborn baby.  But nonetheless they did.  That being clearing known, the constitutional rights of US citizens who do NOT want their body invaded with a biological product, AKA, the COVID vaccine should be protected by the 14th amendment!  Right?

The answer is YES!  These vaccines have shown that they can cause death, so to force or mandate someone to take a vaccine that could cause their death would certainly violate the 14th amendment!  This is a no-brainer!  To force or mandate a citizen to inject their body or lose their employment also violates the 14th amendment for their constitutional liberties.  Just as a business could NEVER mandate that a pregnant woman must have an abortion to work at a certain place of employment, they could also not force or mandate an employee to inject a bio-product into themselves as a condition of employment that may, and has been shown to, cause serious injury or death.  Under our constitution we have the right to NOT be forced to have our bodies injected with a bio-product called the COVID vaccine.  It sure is getting a little Biblical isn't it!

I keep hearing the Leftist-Communists make snide, disparaging comments targeting those, MOSTLY CONSERVATIVES, who actually believe that we still live under the US Constitution.  I mean the abortionists certainly scream--"IT'S A WOMAN'S CONSTITUTIONAL RIGHT TO KILL HER BABY!" Texas is currently being sued for that very reason, women's "constitutional rights" being violated.  So what is, Liberty? 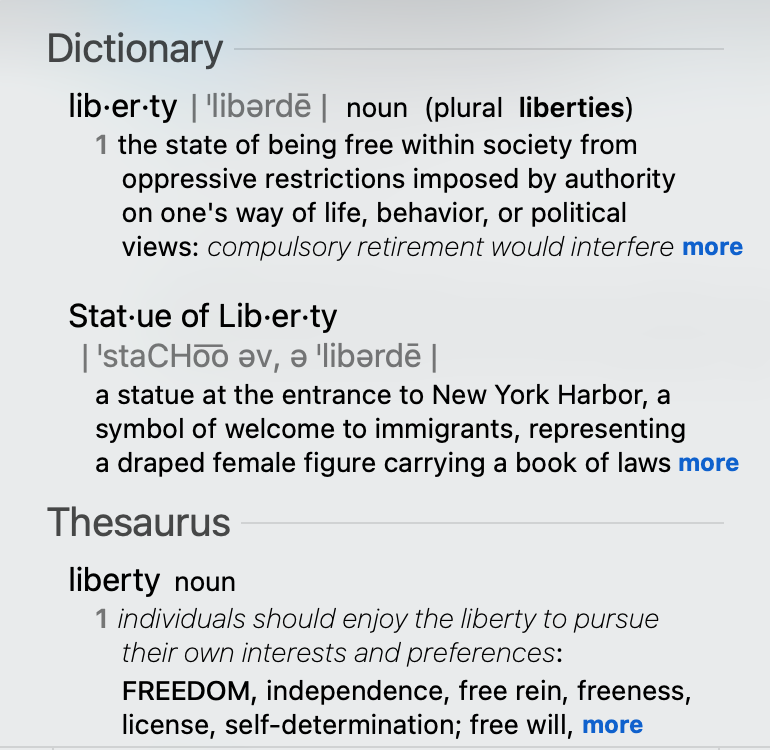 Really, none of what has been done during this COVID "crisis" has been constitutional!  The lockdowns, the masks and certainly not the forced injection of a bio-product into ones body against ones will or as a requirement to keep one's employment or even living situation--nursing homes.

As far as the 14th Amendment is concerned, a US citizen shall enjoy a state of being free from OPPRESSIVE RESTRICTIONS imposed by authority on one's way of life, behaviour or political views.  This includes restrictions to earn a living in a private business or to travel on public transportation or even imposing restrictions regarding who can or can not go to a public school or a publicly funded college!

The pro-abortion people use their unborn baby as an "oppressive restriction" to argue their "constitutional" right to kill that baby and that the government can not tell them they can not do this.  Their constitutional right to murder!

Joe Biden and all those who control him are drunk with power.  The US Constitution means absolutely NOTHING to these people unless it pertains to abortion, then it is all about a woman's right to kill her baby so that she can enjoy her life and her liberty.  Our President can NOT infringe upon our constitutional right no matter how much he hates our U.S. Constitution!

Pfizer laughs as they admit they had no idea if the COVID Vaccine worked!