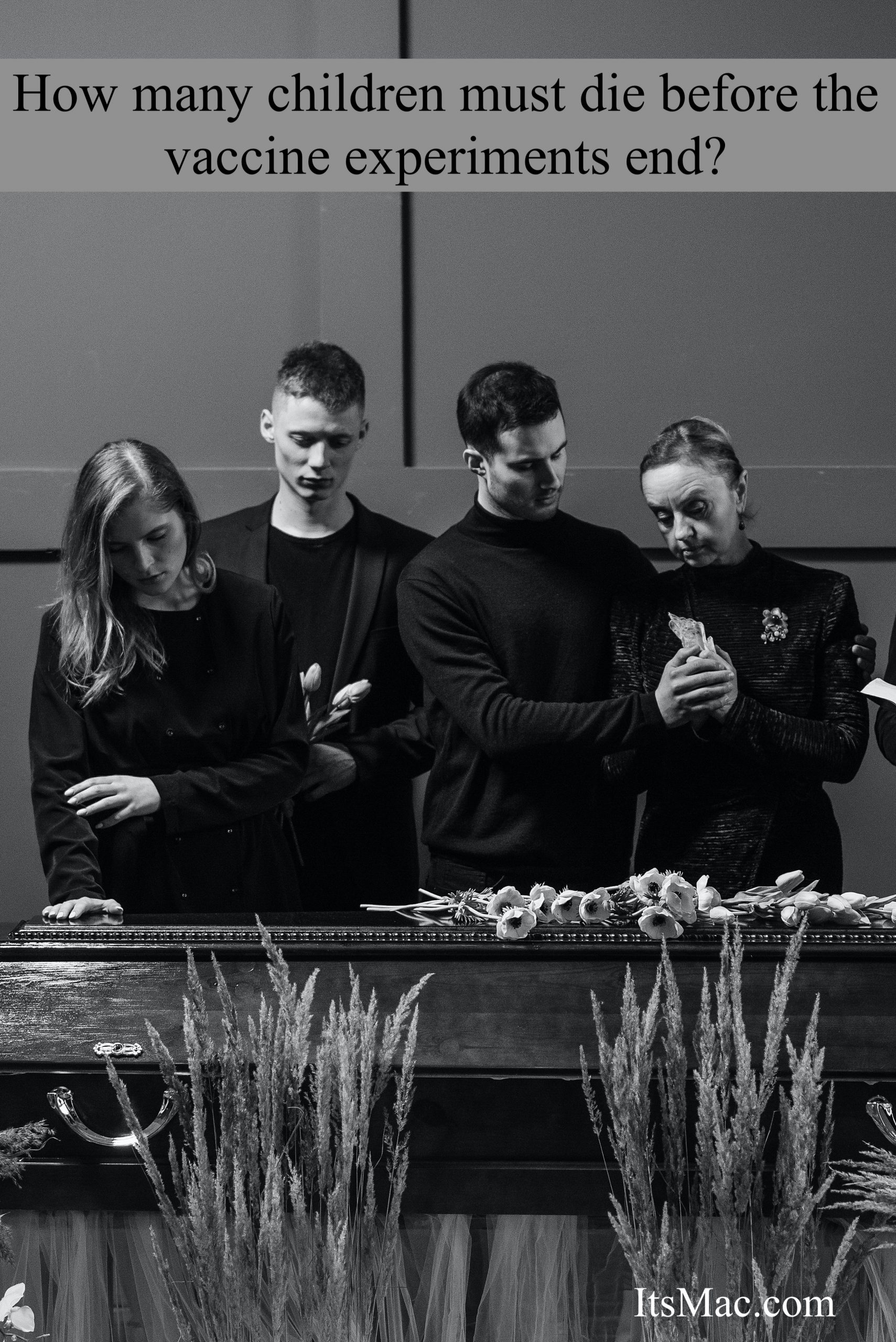 How many Children Must die before these experimental vaccines end? Photo credit pavel-danilyuk

Kids (12-15) have only recently, in the last couple of months been unfortunate enough to have the COVID Vaccine forced upon them. And in that time what has been reported; 17,025 total adverse events, including 1,018 rated as serious and 18 reported deaths.  And these are only the events that were actually REPORTED!  Just last week, the FDA gave their insidious nod to experimenting on kids age 5  to 11. And while we have CNN's NUT JOB so-called medical analyst, Dr. Leana Wen, stating that these vaccines "designed for children" have "gone through extensive medical trials" ~Nov. 2nd, just a few days prior  we heard a very candid FDA approval panelist, point blank stating to his other FDA mafia members, "We're never gonna learn about how safe the vaccine is until we start giving it. That's the way it goes."  Oct. 27, 2021! ~Harvard Prof. Eric Rubin  What parent in their right mind would sacrifice  the health of their child that way?

Here's the deal man, the trial included about 2,250 children, with two-thirds getting the shot and the other third receiving a placebo.  So that is roughly 1600 children in the this entire clinical trial that received the vaccine!  DID YOU READ THAT!!!  Ok keep reading...

The most recent reported deaths include a 15-year-old boy (VAERS I.D. 1498080) who previously had COVID, was diagnosed with cardiomyopathy in May 2021 and died four days after receiving his second dose of Pfizer’s vaccine on June 18, when he collapsed on the soccer field and went into ventricular tachycardia; and a 13-year-old girl (VAERS I.D. 1505250) who died after suffering a heart condition after receiving her first dose of Pfizer.

Again, the number of children 5-11 that contracted covid, and that number is most likely MUCH HIGHER than the almost 2 million reported as most children have such mild symptoms that most parents would simply assume that their child has the common cold...I would presume the 2 million reported case to be at least DOUBLE if not tripled. So, in the entire time of the pandemic, almost 2 years now, there have been 94 kids in the 5-11 age bracket that have died of COVID and the majority of these poor little souls had co-morbidity health issues which significantly contributed to their death.

I guess now we just wait to see how many 5-11 year old children suffer debilitating reactions to this experimental vaccine and how many will die from it.   After all it has only been forced on these little children for a week now.  "We're never gonna learn about how safe the vaccine is until we start giving it. That's the way it goes."  Oct. 27, 2021! ~Harvard Prof. Eric Rubin FDA vaccine approver for children 5 years-11 years old.

WHY WAS THE AVERAGE DEATH TOLL LESS THAN 6.2K ABOVE AVERAGE IN 2020? SENIORS GOT BETTER CARE!