China navigates its surveillance balloon across the US like a landlord checking on its investments. 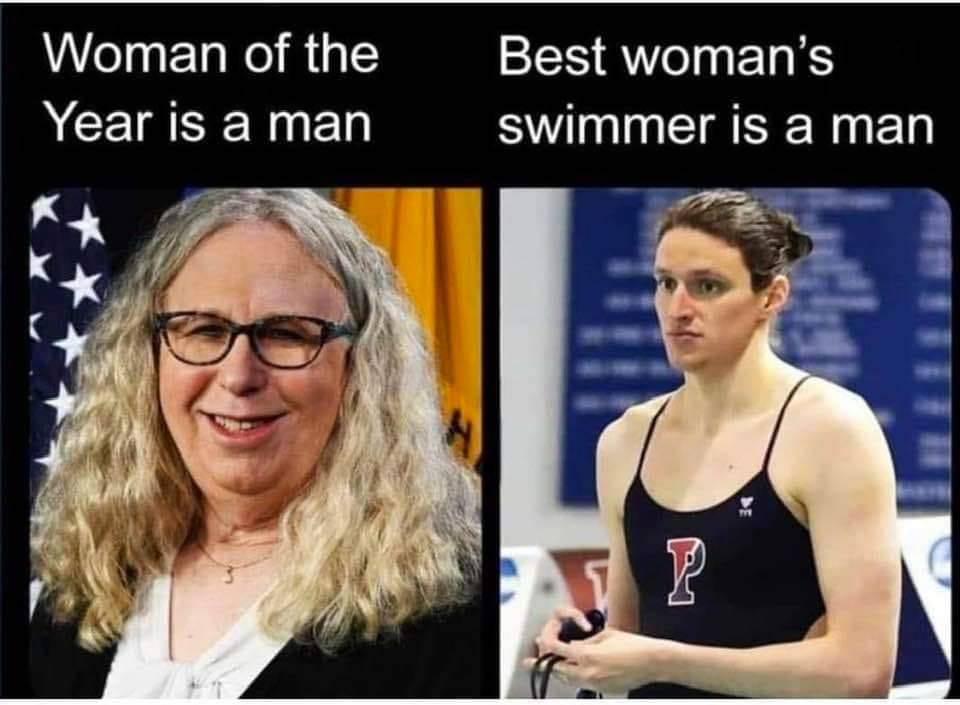 Genetic men pretending to be women!

Where are all the Women's Libbers?

Remember when Rachel Dolezal, pretended to be a Black woman and BLACK people had a fit and threw her out of her position as a leader in the NAACP! She wasn't hurting black people. She just wanted to be black with all its social justice perks, victimhood, and in her case, the HUGE opportunity to succeed despite her newly created underprivileged status. She wasn't taking anything from anyone with REAL dark skin...or was she?

Dolezal lived the majority of her life as a white woman with middle class white parents.  She was the typical, blonde hair, blue eyed girl next door.  She claims though that as she aged she felt black and that connection to her alleged primordial roots became evident when she met and married Kevin Moore in 2000. Dolezal and Moore marry in 2000. Dolezal is White, Moore is black

Dozel married Kevin Moore in 2000.  Here she is seen with her husband, her parents, grandparents and her adopted siblings. Rachel is clearly white and was born white.  So WHY the outrage from the black community when she changed her appearance to look like a black woman? 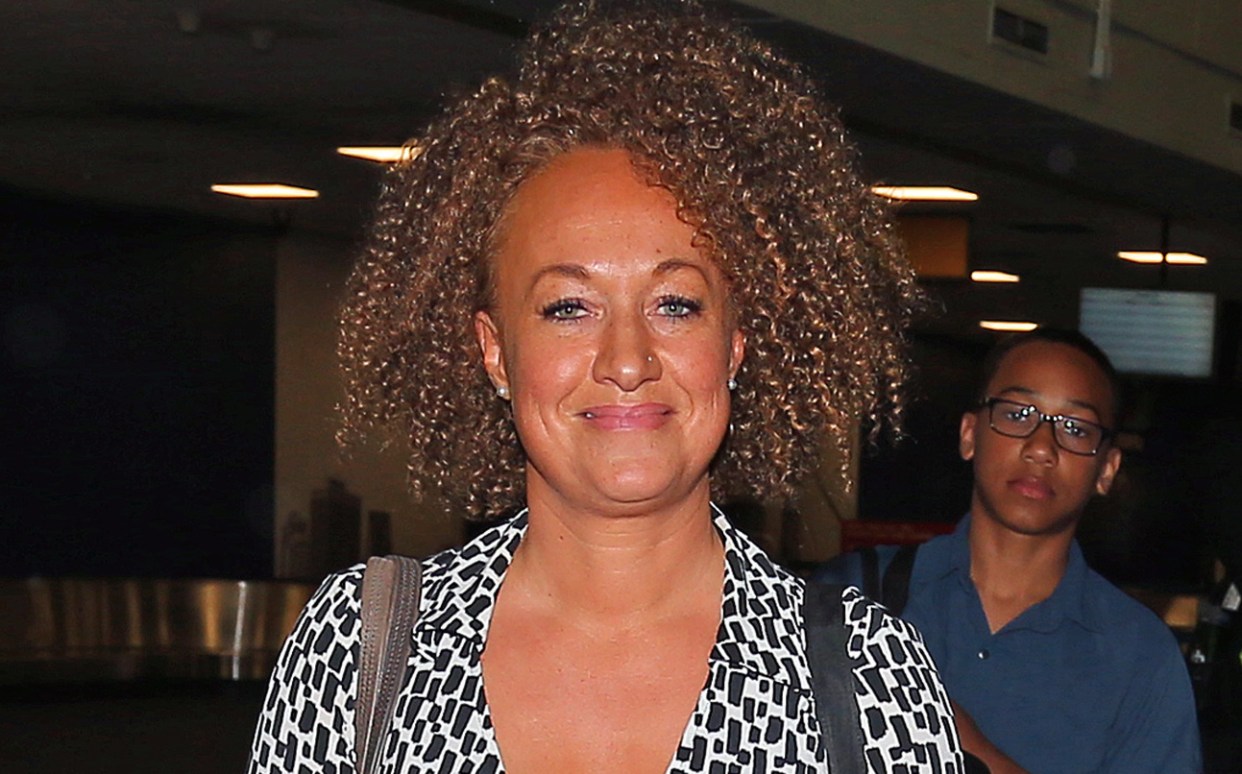 The Dolezal story is an old one, from way back to 2015 when it was discovered that she was only pretending to be black but it does have great ramifications in our society today.  Did she get ousted from her position as the Spokane leader of the NAACP only because she lied about her DNA?  Surely that couldn't have been the case as it was obvious from the tales Dolezal tells, she was a frustrated Black woman trapped in a White woman's shell.  Would she have been accepted with open arms had she simply "transitioned" into a white women, open for all to see?  Or would she have been mocked and chastised for cultural appropriation for pretending to be a black woman when her biology, her DNA told a much different story?

What I find extremely odd is that the vast majority of black people lean to the Left and generally vote Democrat.  So why was this woman not fully and immediately accepted for her "transition" to a black woman by the black community?  Why didn't the WHITE, democrat Liberals welcome her with arms wide open?  Why is she still struggling to be accepted into the black community?  Why do so many still call her a "FAKE?"

JOY BEHAR & THE VIEW SPREADS LIES AND DANGEROUS DISINFORMATION ABOUT THE COVID VACCINE!