Every time I hear a politician, especially a Republican politician say the word, "Democracy" my blood boils!  We are constantly bombarded with the rhetoric,  "Our sacred Democracy, danger to our Democracy, the United States Democracy..."  I generally scream to the Tv or the radio and mostly to youtube, "WE ARE NOT A DEMOCRACY!  WE ARE A CONSTITUTIONAL REPUBLIC!"  Ya know, like in the U.S. Pledge of Allegiance, "...to the Republic for which it stands..."  For God sakes, we have been saying those words since 1892, and plaaahleeease spare me the squawking that the author of our Pledge Of Allegiance was a "Socialist."  Do your research to learn Pastor Francis Bellamy's politics.

Who are the Democratic Socialists and why does my spellcheck so easily correct this name when I write it, Democrat Socialists? Because it's a thing, A BIG THING! So much bigger than most even realize.  In 2017 the DSA (Democratic Socialists of America) put out a press release stating; "The Democratic Socialists of America (DSA) today announced that its membership now includes 15 new elected officials. This is in addition to 20 elected already in offices around the United States. On Tuesday the DSA was represented in 25 elections across 13 different states. Four of those running have national endorsements from the DSA, and many others were supported by our local chapters."  They are thrilled and oh so encouraged by the ignorance of the American people and are giddy to target and win over the 20-30 somethings

Let's look at Alexandria Ocasio-Cortez  for example.  A Bartender/Waitress, someone who knew virtually nothing about politics and many claim the Democratic Socialist party and the Justice Democrats held auditions looking for the perfect "candidate" to pour money into so they could have a bigger foot hold in NYC politics.  Low and behold, AOC won!  She actually beat out a well known, long term, Democrat incumbent!    She is also a member of the Democratic Socialist party as is Rashida Tlaib.  Shocking?  Well no!  Look at how she has swept away the liberal's with her charms... 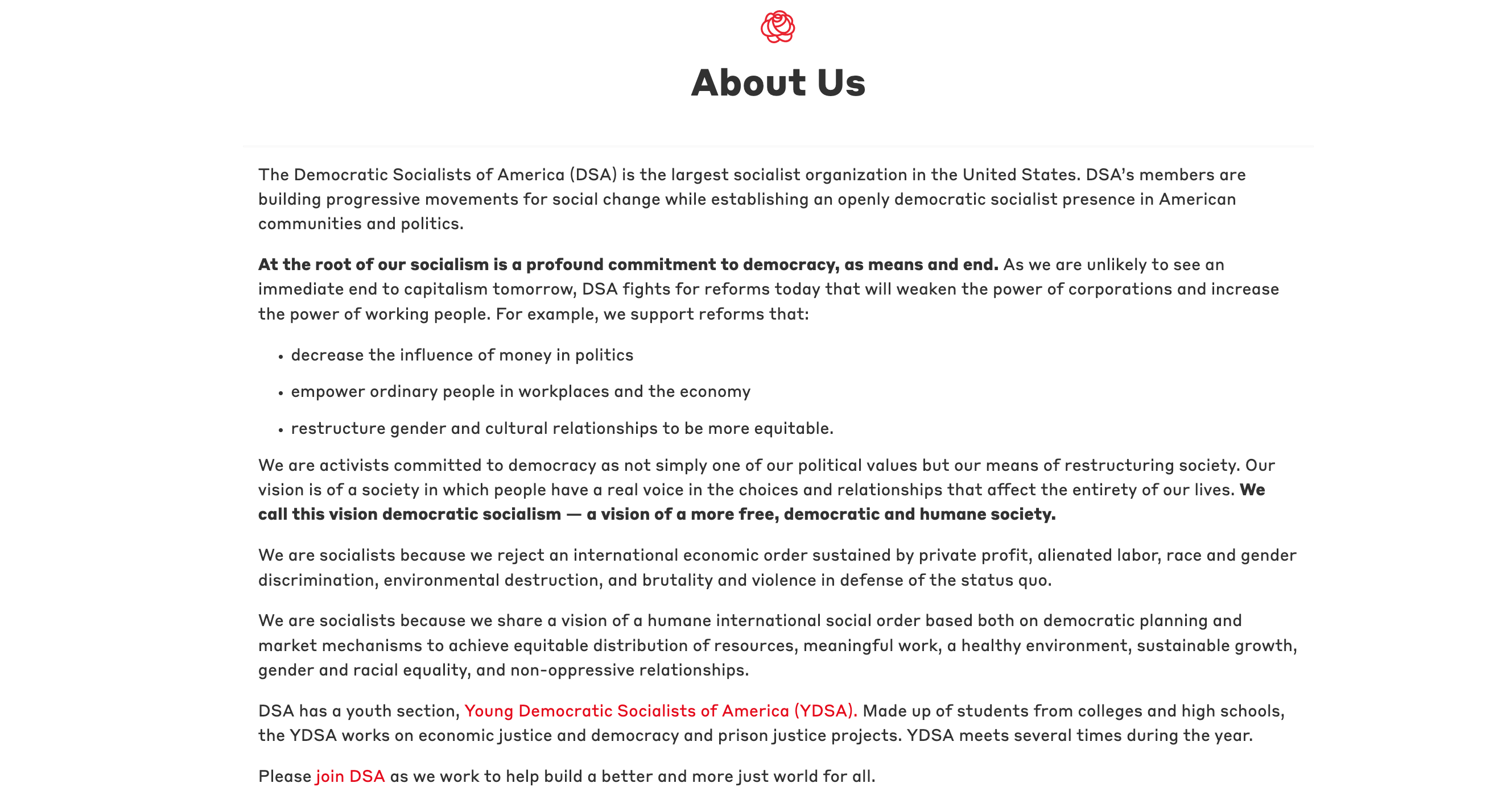 What this page doesn't tell you is that they follow Marxist theologies and believe in and embrace the doctrines of Trotskyism and the Trotskyist Organization of the United States and they have fully infested our government.   Here is Lt. Col. West breaking it down for us in 2014!  He is first asked in this clip if he regretted his 2012 statement that over 70 members of Congress were Communists. He goes on to plainly state how Obama fundamentally changed this country into accepting Socialist ideologies.  It was President Obama that really make the push to constantly call our government a Democracy...every chance he got, the word, "DEMOCRACY"  came out of his mouth!  I don't think he uttered the word, "Republic" once during his 8 years as a US President! "The communists look at Barack Obama and see him winking at them." Bill Ayers

The more the term, "Our Democracy" is thrown around the more palatable it is for the younger generation to chew on and digest, and the easier it is for the Socialist Democrats to move one step closer to shoving Communism down our throats.

List Of Socialists And Communists In Congress and more!

The link above is a few years (2019) out of date but gives you a shocking idea of how many of these evil people are now running our country!  John Conyers [Chairman of the Judiciary Committee], Tammy Baldwin, Jerrold Nadler, Luis Gutierrez, Melvin Watt, Maxine Waters, Hank Johnson, Steve Cohen, Barbara Lee, Robert Wexler, Linda Sanchez all sit on the Judiciary Committee! And as of 2019, 70 members of Congress were members of the Democratic Socialist Party!   Did you know this?  If you don't believe that "Democracy" and Socialism are one in the same, look no further than the Democratic Newsletter:

Enjoy your June Dispatch! This month, get involved in collective action to defend democracy, stand up for Starbucks labor solidarity, organize for housing justice, and more. Read on to get involved!

We aren't simply bombarded and brainwashed with the Democrats saying, "DEMOCRACY" we also hear Republicans, Conservative news reporters as well as everyday folks, spewing the Democratic Socialist mantra--DEMOCRACY!  It is so rare when we hear the word, "Republic" because that word has nothing to do with, Mob rule, anti-capitalism, equity and free Chit!   But the word, Democracy is being pounded, literally, sledge hammered into the minds of the American people, especially young people.  We are on a very slippery slope of regurgitated swamp slime, sliding onto the floor of Socialism and with the slightest belch, right into the pit of Communism...

BIDEN USES TIKTOK TO SPREAD DISINFORMATION CLAIMING NOT HIS FAULT BUT PUTIN’S!

GEORGE FLOYD DIED OF THE COVID! COVINOIA AND THE FAKE NUMBERS!

Trump vs Biden! How is the Media going to Fondle Joe Biden, now that he is caught Red Headed!