There is NO SUCH offis as the "Office of the President Elect!"

There is just so much fraud, deception and an overwhelming amount of media propaganda surrounding the 2020 Presidential elections.  At present it is wrought with claims of the Dominion Voting machines being hacked to give illegal votes to Biden as well as a myriad of "lost votes" being found, coincidently ONLY for President Trump.  There is so much contention and obvious voting fraud that Biden's Handlers should really be thinking twice before using such propagated, psychological imagery--like MADE UP STUFF, to persuade his supporters that this is a done deal.  There is NO SUCH legal Governmental entity as, "The Office of the President Elect!"  So who started this myth?  Guess?  Yep, it was Obama!

"OFFICE OF THE PRESIDENT ELECT"

The term, President-Elect is certainly NOT new...obviously that is what we would call a person who was certified by the states and the Electoral College.  The individual who is 100% going to be sworn into the Presidency. The Monday after the second Wednesday in December of Presidential election years is set as the date on which the electors meet and vote. For the current, 2020 election the meeting is on December 14.  THAT is the official date that a contender for the U.S. Presidency can LEGALLY claim the status of President-Elect!  However, Obama was the first person to create that deceitful branding and used the heck out of it as soon as the elections were over and it appeared that he had won.  However, with the Dominion scandal evolving, I have to wonder if Obama REALLY received more votes than any other Presidential candidate.  I mean come on, it's all in the name--DOMINION=control.

Before votes were even cast by the electoral college Obama created the UNOFFICIAL Brand of The Office of the President Elect.

Joe Biden knows full well that this election is fraught with a myriad of allegations that this election was rigged.  I think we all knew that there was going to be some serious voter fraud with the Democrat push on mail-in voter ballots.  We have witnessed the Trump wins change within seconds to Biden, and miracles of, middle of the night votes coming in for Biden and so many missing, but now found ballots for President Trump appear out of thin air...strange how all the missing ballots are for Trump...how did they go missing., where did they go and how were they found?  I simply think some people are coming clean because they don't want to go to prison.  We also have substantial claims that the Dominion voting machines were manipulated for a Biden win.  Makes me wonder how Obama knew for a fact that he would in 2012.  hmmmmm...

And now we have all of the psychological games being played.  Even though the results are being contested, the obvious fraud is hard to deny, and in most swing states the statistical probability of these votes are nil and Joe Biden is pretending to be President when he is not.  States haven't even certified their elections, the Electoral College has NOT called it votes and we are only 2 weeks post a contested election.  Biden is using this FAKE status to his full advantage to trick people into believing that he has won this election fair and square and that there is absolutely NO voter fraud, no Dominion machine hacking and that he WILL be our next President.  He is playing very dangerous psychological games with the American people, mostly with the Liberals.  Can you imagine what will happen if Trump's legal team can prove fraud?  We will see a meltdowns of nuclear proportions from the Left, especially from the unhinged ANTIFA group and the BLM!  They are being completely brainwashed with images like the ones below, giving a false title to Biden and a fake narrative that Biden has already won.  Just about every time, Joe Biden, who is NOT the Official President Elect, goes out and speaks he makes darn sure that this image is ingrained into the minds of those who are viewing it.  This is called, brainwashing.  I would like to say it is subliminal propaganda, but it is blatant, in your face PROGRAMING to believe a LIE! 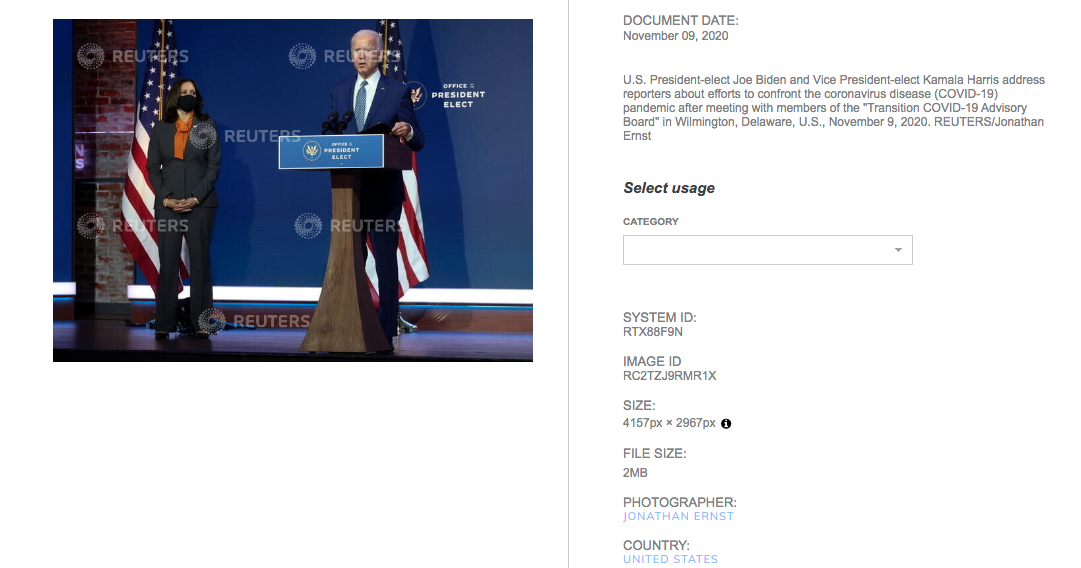 Joe Biden Brainwashing people into believing he has won.

Joe Biden Brainwashing people into believing he has won the 2020 elections. Is this illegal?

Is Joe Biden breaking the law by pretending to be the incoming President of the United States?

I have to wonder if what Joe Biden is doing is even Legal?  It is certainly unethical to pretend to be the winner of a Presidential Election when faced with all the REALITY that the states have not certified and the Electoral College has NOT called their votes yet. But the most incriminating aspect of all of this, not just the blatant voter fraud, not the middle of the night, miraculous  lead Biden got, and not even the Dominion machines being hacked for Biden...the worst part of all of this, is it is a distraction from  Hunter Biden's Laptop, Joe's illegal involvement with Ukraine and China and all the criminal activity that was just about to surface that could possibly put them both in prison.  Remember the last distraction from this was the Impeachment!  Let's not forget!  And let's all understand what is going on here with the FAKE, "Office of the President Elect" imagery.  It is all a game.  A psychological game.

AIN’T THAT A SHOT IN THE PANTS!