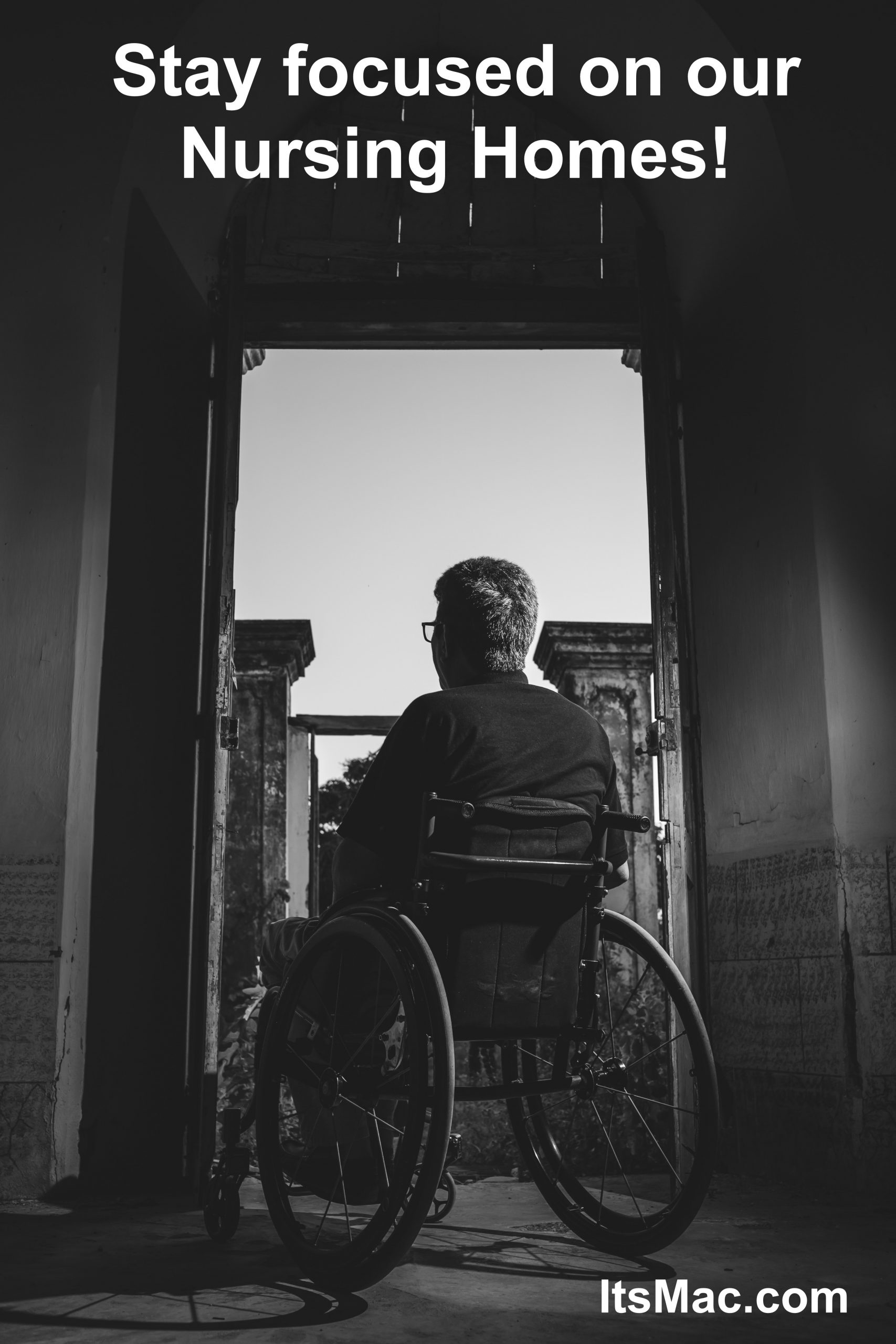 We need to keep our focus on our elder care facilities to prevent neglect and abuse deaths.

A few days ago I wrote a commentary regarding the average US death rate and the fact that in 2020 the increase in the average was significantly lower in 2020 than previous years.  AND THEN IT CAME TO ME!  Like a URIKA moment!  The Heritage Foundation claims that 373,421 of those that allegedly succumbed to COVID out of the 460,227 reported COVID deaths, fall into the 65 years and older range with the vast majority over the age of 74. 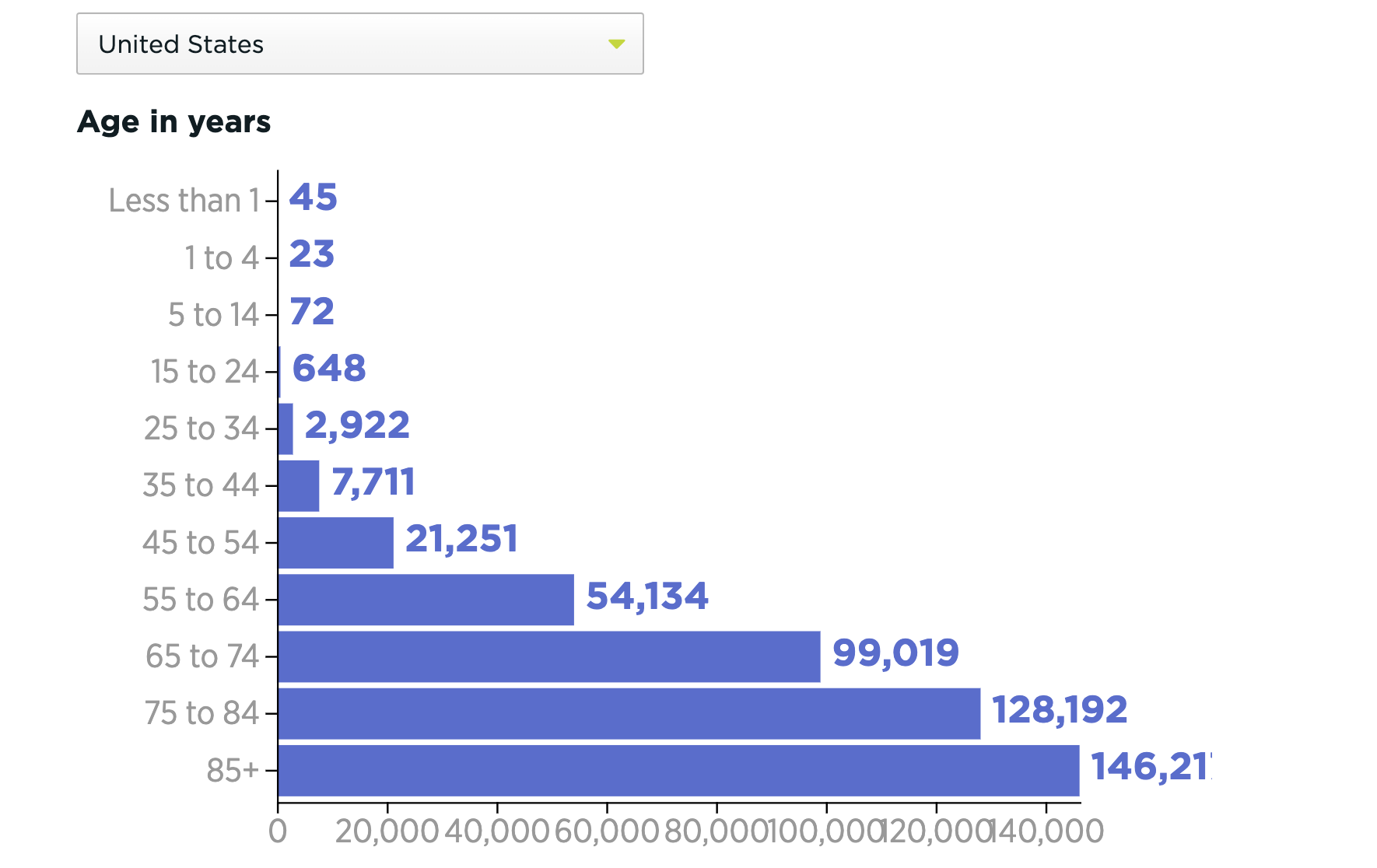 So just roll through those numbers again!  Really, get good grasp because the media, the Left AND the Right won't be pointing these numbers out. To do so would literally wreck their fear mongering agenda! So WHY is the excess death rate beyond the yearly average SO LOW for 2020?  I mean come on, holy wow low!  Could it be that because the majority of deaths, pretty much every year come from our aging population?  But why was 2020 was a little different, actually a LOT different?  We learned very quickly into this "pandemic" that it targeted the elderly.  So, all of our focus went right there. We all had our eyes on the elder care homes.  This is a situation that has never occurred in our country!  As a matter of fact nursing homes in the US are notorious for deplorable conditions, lack of staff and very little accountability to the states or the relatives of those housed in these facilities.  But 2020 was unusual as all eyes were on every single elder care facility in the nation starting in Kirkland, Washington.  No one wanted to be, "that facility" where all the old folks were dropping like flies. Nope!  So, obviously greater care was given, the staff was much more conscientious of their residents and medical situations were address quickly.  Of course they were, all eyes were on them!

We all know that (for the vast majority) when you enter a nursing home, that is going to be your final earthly move.  And most of us have seen videos or heard reports of the horrors of some nursing homes.  There are special Government watchdogs that were put in place specifically to deal with the raising cases of elder abuse in nursing homes because the problem of neglect and abuse is just so bad.  In 2017, President Trump signed into law the Elder Abuse Prevention and Prosecution Act to improve the justice system's response to victims in elder abuse and exploitation cases.

Now mind you the last video is from a nursing home in Australia, our elder care homes in the US are no different, perhaps even worse in their treatment and care of the elderly.  Now I am not saying that ALL elder care facilities are horrible, but too many have been.  So you can see how easily these old people can be just ignored and not managed medically, because...well, they are just going to die anyway.  But then, 2020 hits!  And the country is watching, with a keen eye all these places.  They are now under a type of public scrutiny like they have never seen before! If Mrs. Jones so much as sniffles, she will receive medical attention, promptly...can't have her dying today.  I have a very strong feeling that the quality of care, medical attention and compassion shown to these folks in many nursing homes went above and beyond the standard of neglect...they actually wanted to keep these patients ALIVE!  AND THEY DID!  I am 100% convinced that if this pandemic hadn't happened, so many more of our elderly would have died.  You can just look at the number of excess deaths in 2020--6,162 and compare it to the excess deaths in 2017 after another pandemic that wasn't considered a big deal--69,255!  Eleven times more excess deaths in 2017 after our country experienced a deadly flu season then we saw in 2020.

I really want to write so much more about this...but I have been informed that most people have the attention span of a gnat.  Not saying that is true of YOU, but it is not all about you.  😉  So, just keep watching the Elder care facilities like a hawk, like we all did in 2020 and maybe the excess death rates will continue to stay low.  Click here to see data that shows, EVERY SINGLE year it is the elderly that make up the bulk of flu-related deaths in this country...not just this year, but every single year.