China navigates its surveillance balloon across the US like a landlord checking on its investments.

Ahhh, Martha's Vineyard...the summer playground of the rich and famous.  We all know, that despite the fears of global warming and the oceans swallowing up all humanity that live on disaster prone areas such as the Vineyard, people like Former President Obama own mansions there.  Other people risk their lives to enjoy the ultra rich life on the island, like the Clintons, Bill Gates, former first lady Jackie Kennedy, Spike lee and most of Hollywood's elite have spent some summers at Martha's Vineyard.  These people are the overlords of the Liberal elite and constantly dictate to us peasants how to be kind and compassionate...after all, Martha's Vineyard touts itself as a SANCTUARY City, where are all welcome.  Sort of like a Statue of Liberty oasis--All are welcome here.   I mean, they even have a sign!  And look at all those different languages at the bottom of the sign, all translations say, "You are welcome here" ...this is serious stuff. 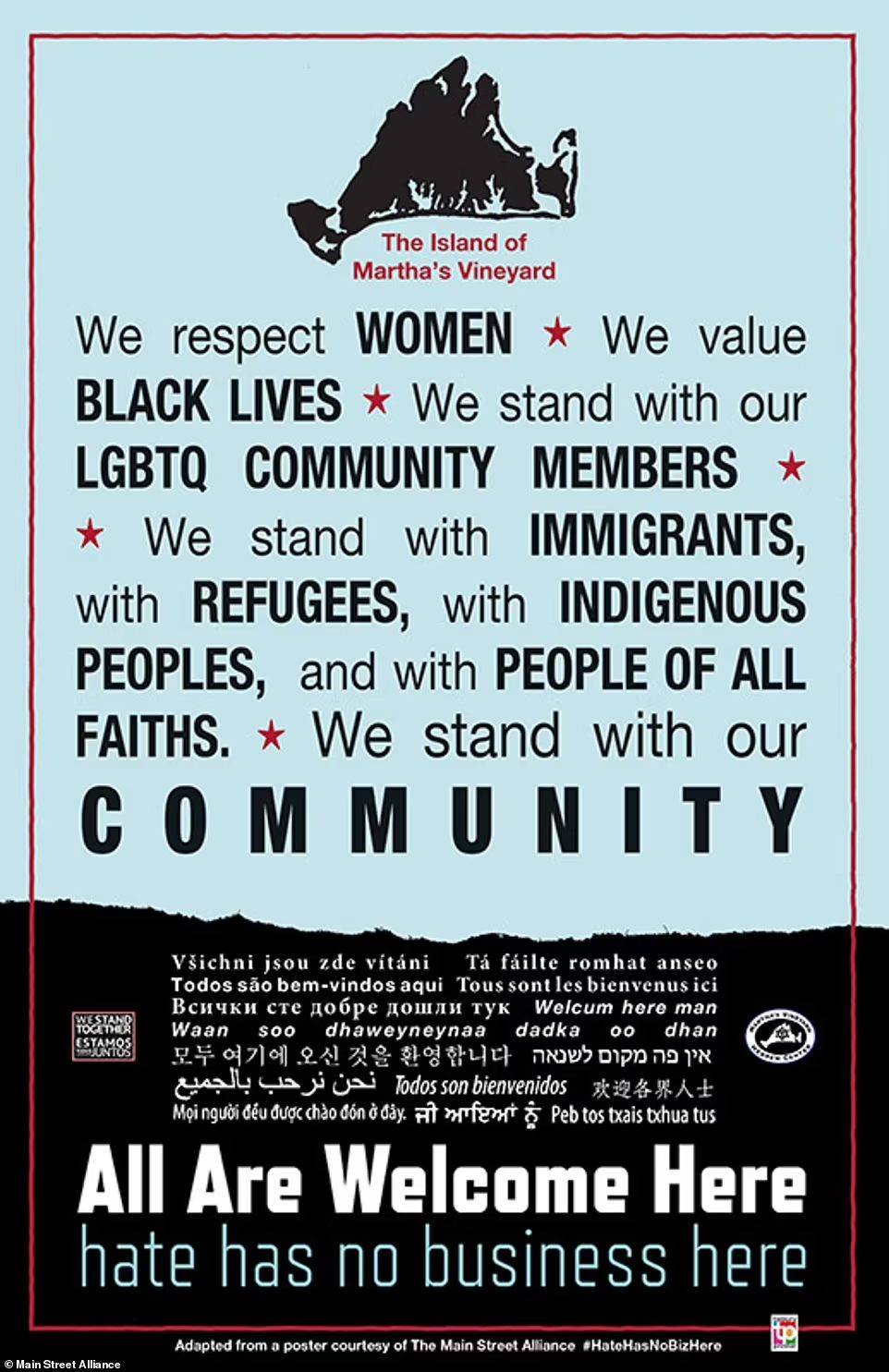 If you paid to have a sign made...it's legit, right?

So what happens when a state like Florida that is NOT a sanctuary state decides to send some illegal "immigrants" to a welcoming place like Martha's Vineyard on the off season.  After all, some places just just feel much more humanitarian to take in people who are criminals than others, and that's fine I guess, to each his own.  But how does this work in reality?  Well, it doesn't!

HA HA HA, "We don't have the services to take care of 50 immigrants..."  FIFTY PEOPLE!  Hey come on now, we had 10 Slovakians sleeping on our floor one year, who got sucked into the Southwestern Foreign School book scam...you know, those poor kids on a summer work visa who got scammed into selling American families school books door to door.  We managed to feed them and find families to take them in.  And these college kids were here LEGALLY but had no place to live!  So, you are telling me that a wonderful, caring, Sanctuary city like Martha's Vineyard, who had thousands of vacant hotel rooms can't deal with FIFTY Illegals?   Give me a break!  Evidently, other sanctuary cities like Chicago and New york also couldn't put their money where their mouth is!

If you are going to proclaim that, "YOU ARE WELCOME HERE" then you better be able to fulfil that statement!  And as we saw, 50 people caused one of the most affluent destination spots, a place that claims humanity matters, to have fits of hysterics, and they couldn't pull it together to care for just 50 people!  Seriously, FIFTY PEOPLE!  They wanted them out.  No families of the rich and famous or our former President Obama offered up their homes to any of these people. And within 48 hours they were shipped out! This speaks VOLUMES to the hypocrisy of the Left! Those who proclaim that they are sanctuary states should take in ALL of the MILLIONS of illegals that come through our Southern border!  They signed up for it, after all.