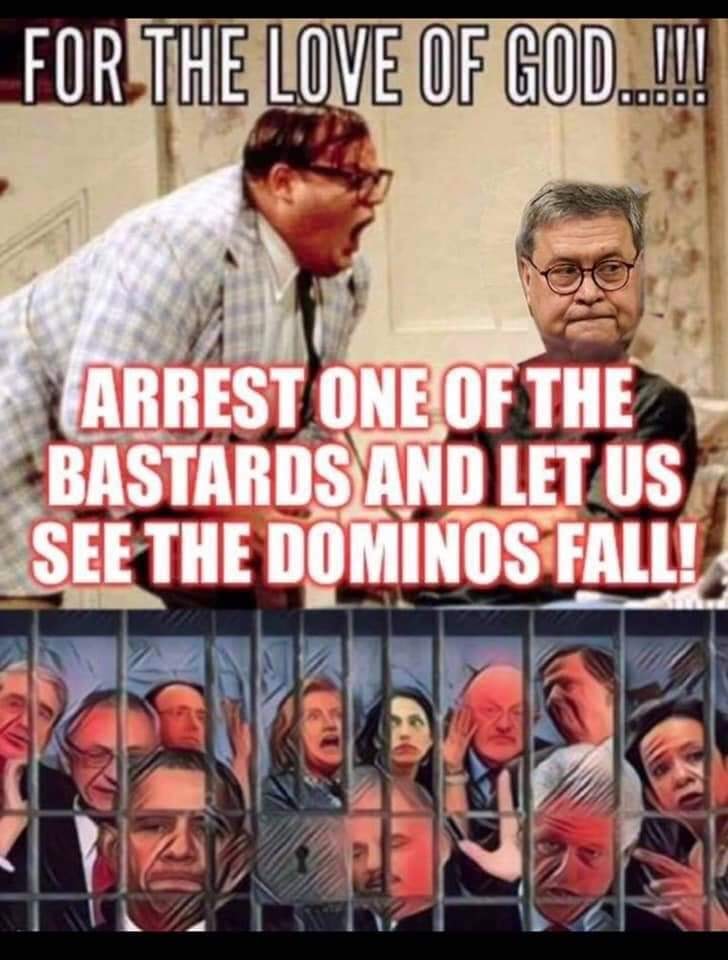 This meme popped up in my facebook page this morning and I think this is how the majority of Conservatives feel these days!

So, Mueller's team eventually charged eight Americans once affiliated with Trump's campaign or administration, 13 Russian nationals, 12 Russian intelligence officers, three Russian companies, and two other people. Of the 8 Americans, virtually none of them were charged with anything that had to do with "Russian Collusion" but for lying to Congress, and/or their financial indiscretions/crimes or they were completely set-up as in the case of Papadopoulos --I MEAN COME ON, LET'S GO FIND A CRIME OR CREATE ONE IF NECESSARY...for the sake of the American people! All the so-called "Russian indictments" were never pursued because if they were, the real truth would certainly have come out then, as to who was colluding with Russia...don't forget Obama's hot-mike moment and what is coming to fruition with Ukraine! But these so-called "indictments" made for some "BOMBSHELL" MEDIA TOPICS! "38 PEOPLE HAVE BEEN INDICTED IN MUELLER/RUSSIA PROBE! SHOWS TRUMP IS GUILTY OF COLLUSION WITH THE RUSSIANS!"   But...not!

One would tend to believe with all these indictments, and 2 years of investigating and tens of millions of dollars spent, that the Mueller Investigation would have proven Trump was guilty as sin of collusion. And now...now those of us who have been called "conspiracy theorists" regarding the DEEP STATE Criminals and its 3-year long coup attempt against President Trump and his administration have been waiting ever so patiently for some actual charges to be brought against those individuals who actually committed crimes against our Nation, our election process and against a sitting President! Individuals at the highest levels of our government were involved, including Obama, but so far, not a single person from the "rotten to the core" Obama orchard has been indicted of anything!  We have the facts, we have the admissions, the FBI bias and collaboration was clear, even to the Democrats, the dirty deeds have been exposed...WHAT ARE WE WAITING FOR?  Impeachment proceedings?  So that these people can actually take the stand and rat themselves out?  Perhaps that will save Taxpayer dollars.

​
One simply needs to research the power of mere suggestion and propaganda behind the Salem Witch Hunts to understand how animated a lie can become, especially with a willingly ignorant public who will sacrifice their own mothers, wives and children without stopping to consider reason, logic, truth or the underlying evil propelling the narrative.  When Trump called this entire fiasco a, "Witch Hunt" he was spot on...and just like the Salem Witch hunts, all the Leftists need to do is to point a finger, make up a crime and blow their whistle--WITCH!
​

​All that needs to happen right now, is the first Domino needs to be pushed down and rest will fall in sequence.

HILLARY SAYS WE WILL HAVE OUR FORCE OF INTIMIDATION AT THE POLLING PLACES!