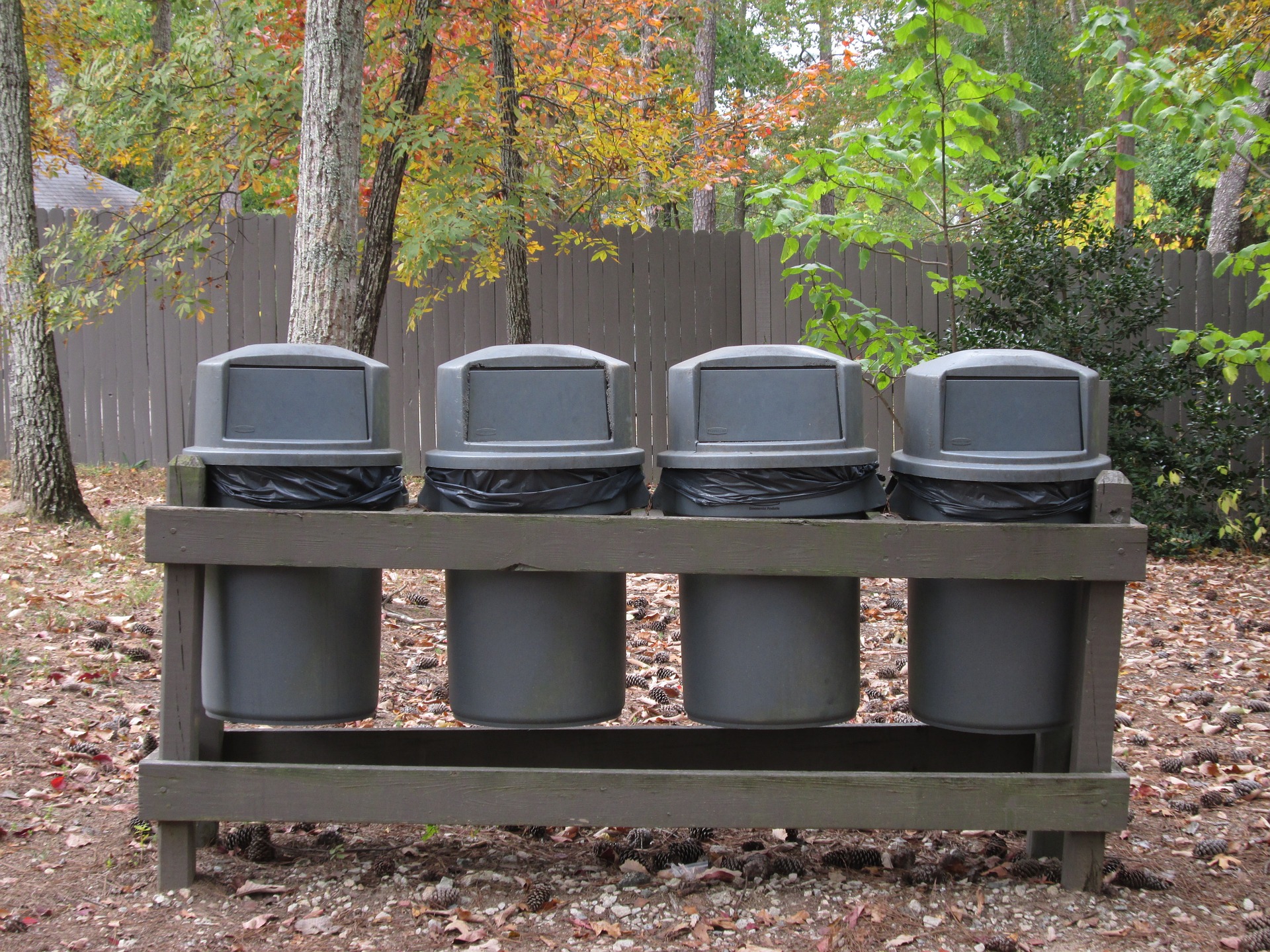 So, if you know me or have followed any of my posts you would know that I am a rather prolific Facebook poster.  I generally keep my comments on the political roller coaster, but there are times when I am just cresting the top, that a personal or family interest takes my breath away and I feel compelled to comment.  One of those such times happened a couple of weeks ago.  My adopted son, who recently bought a house in Fresno, Ca. was complaining that the garbage man was intentionally bypassing his garbage.  He went on a tirade regarding this issue, espousing all the things he could do to the garbage man and asking for our support...well actually premeditative bail money...  One thing that should be known about this young man is that he is also a prolific political and racial issues poster...he has a proclivity to entertain certain truths that will inevitably land him in facebook jail simply because...facebook...or he offended someone...generally a person of color.  Let me say, right now, I am so PROUD of you son for being a beacon of light in very dark discourses.  Did I mention that this son is Black and I am White?

So, back to the garbage debacle.  Alright, he is all frothed up and ready to take on the Fresno Sanitation department for singling him out and not taking away his garbage.  It seemed that a bit of levity was needed at that moment so I posted to him, on his Garbage man rant, "This is very odd...it is generally the White Trash that gets left to sit on the curb and annoy us. ;-)"  To which he laugh, I laughed, his friends laughed and Facebook didn't laugh, but put me in Jail for THREE DAYS! Evidently, I committed a crime against humanity...well at least a crime violating Facebook's Community Standards Policies.  "KEEP EVERYONE SAFE"  remember?   Well, let me digress a bit.  First they simply removed the comment and gave me a harsh slap on the wrist with a stern warning that this type of "HATE SPEECH" would NOT be tolerated!  I considered this to be absolutely ridiculous, I mean after all, haven't we all learned that black people can not be racist and to say the words, "white trash" should be perfectly acceptable?  Especially in humor?  It is not like I said, Wigger Trash, not that would be wrong...  That being said, I was movatived to take a screenshot and share my slap on the wrist, with a little funny quip--"will reposting this as an image get me put in facebook jail?"  To which, obviously, I was completely joking, I mean, right?

Two Weeks Pass...I am happily posting about Joe Biden and his son with their Russian escapades, sprinkled with a few Congressional hearings, with a dollop of Jesus Loves You when WHAM, out of nowhere, 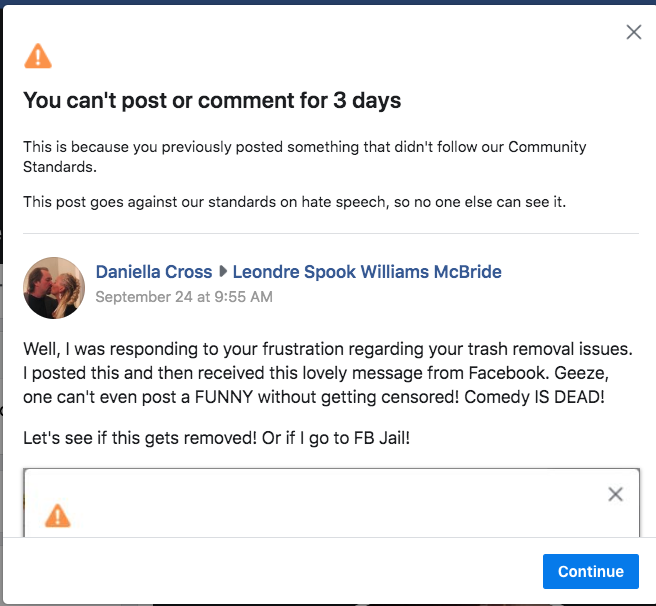 Yeah, 2 weeks later, after my funny comment about White Trash, I am banned from posting, friend requesting or commenting on anything facebook related for 3 days!  But I could still message people.  Basically, I am in the belly of the earth and when I bust forth on THE THIRD DAY, hell will have no fury!  But let me tell you that there is a place in facebook where some of your Conservative posts, well, if are like me, go to die.  That is place is called, "your Facebook Support Inbox" and I had no idea this place even existed until today.  Low and behold, there were literally dozens of posts that I had shared that NEVER saw the light of Facebook day.  One that I had NO idea had been removed was this one from 2018:

MATYINFO.COM: THE STORY YOU HAVEN’T HEARD: In 1971, Muslims murdered 2.4 million Hindus and raped over 200,000...  Facebook deleted this post because it "VIOLATED THEIR COMMUNITY STANDARDS!"  So I figured while I was in Facebook jail for CENSORSHIP I would respond and demand a review of all the posts they deleted that I was completely agnostic to!  This one in particular really chapped my hide.  So I asked for a review and stated:  Dear Facebook, you may believe that you can suppress the TRUTH, but you can NOT rewrite history!  And added a link to prove that this indeed is the truth--->https://en.wikipedia.org/wiki/1971_Bangladesh_genocide

What is the most infuriating is that the majority of the time Facebook doesn't tell you that they have blocked your post from view, they simply just do it, so you have NO IDEA that no one but you can see your post!   You go about your day thinking that people are just "Bad refrigerator people" THIS FOLKS IS CENSORSHIP!  OH wait, so, I was just checking on that terminology, quoted from my 4 year old granddaughter, who used that term when recanting something that a preschool kid said to her (Bad refrigerator girl)...I just sent her mom a facebook message--they let us message while in jail--I wanted to make sure that I got the words right, which by the way, was obviously something this a little kid heard her mom saying in UPSPEAK (words we moms makeup so that our children don't know what we really are saying) meaning, "Bad refrigerator girl=COLD BITCH." Which by the way I thought was brilliant verbiage to say when little ears are listening to you conversations...  Anyway, so, just now I Facebook messaged my daughter and this is the message that came back: 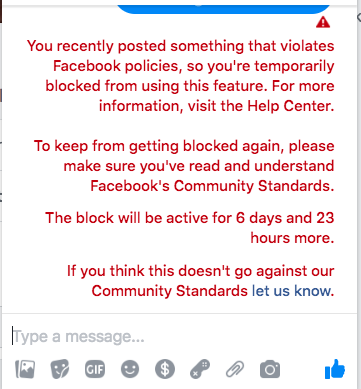 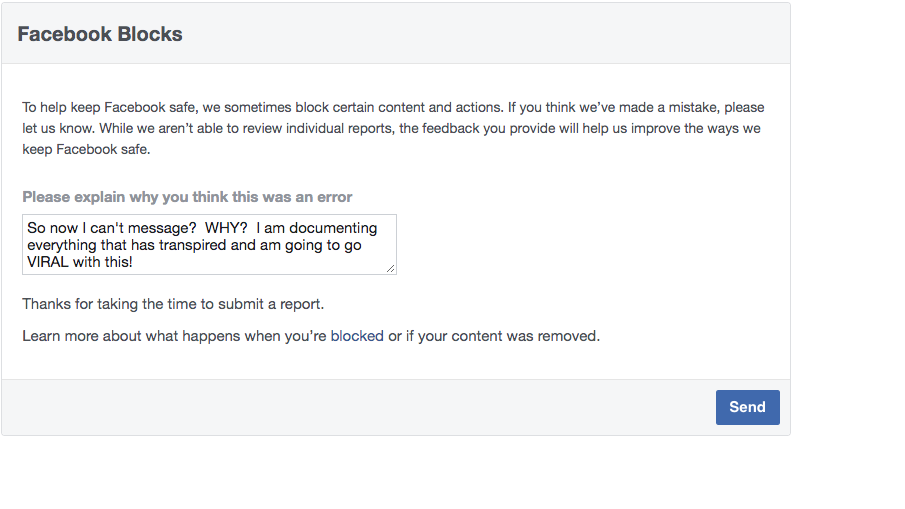 Evidently Facebook didn't like my requests for reviews on ALL the posts they have blocked over the last year that I just found out about and my response to each one was:  STOP CENSORING CONSERVATIVES!  I figured that was a reasonable response for review.  Ok, back to this message to my message...I clicked the link after; "If you don't think this doesn't go against our Community Standards LET US KNOW.  I clicked it and wrote my message, hit SEND and immediately received this response--> 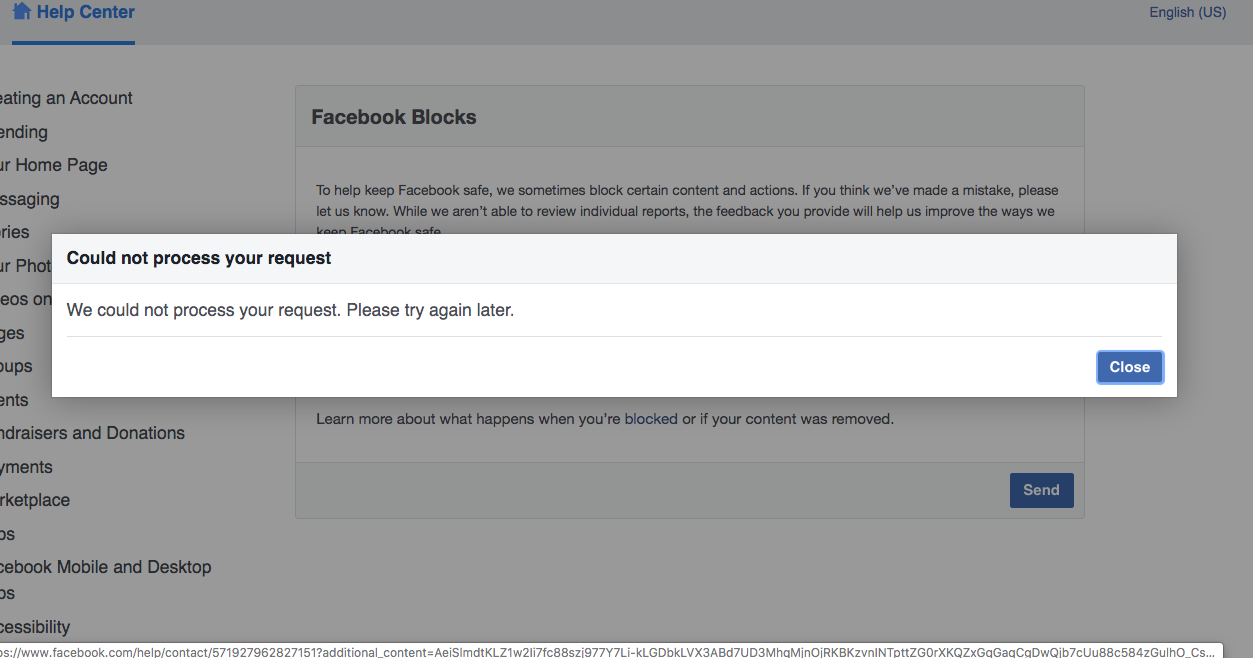 My 3 day stint has now been extended to 7 days for bad behaviour!  I can't even tell them that I don't think this goes against their "community standards" because they have blocked my VOICE!  I questioned Facebook Authority!  Now, understand that Facebook has been subpoenaed by Congress to testify that they indeed censor Conservative viewpoints to which they vehemently denied! I am now in facebook jail for 7 days because I wrote on every single post that they blocked and asked me to defend my reasonings why this should be revoked:  "STOP CENSORING CONSERVATIVES!" This extra 4 days in Facebook jail happened as I was typing this commentary!

So, the next time you think that the Mainstream Media has a LOT of power to control the thoughts and actions of people, don't forget about the IMMENSE POWER FACEBOOK has to manipulate and  coerce its users to conform to their ideologies and agenda's!  Please, since I can not personally forward this on facebook, I am completely relying on YOU to do it for me!   Thank you!

SEXUALIZING STUDENTS AND THE HISTORIC RISE IN STDS!

AIN’T THAT A SHOT IN THE PANTS!

ITS A MIRACLE WE ALL DIDN’T DIE OF THE HIV VIRUS! COVID IS WHAT WILL KILL US!