Self Governing...for the people, by the people...a pure Democracy.  This concept works right?  I mean we all know that people can self govern, because...goodness.  People are just good and moral, right?  This is the same reason those of the BLM ilk and some really STUPID politicians want to defund the police.  Come on this will work, Chazville proved to us how civil people can be without any adult supervision.  NYC is a perfect example of how moral and decent people are when the Governor AND mayor constantly condemns their own police force!  "The city has seen 528 shooting incidents and 636 shooting victims this year through June 30. This translates to a 46 percent increase in incidents and a 53 percent increase in shooting victims compared to the same time last year when the city reported 362 incidents and 415 victims."  ~https://www.nbcnewyork.com/

The byline to this news story: "The rise in shootings has exceeded a troubling trend that started earlier this year but there has been no clear reason why the number has skyrocketed"  REALLY?  "no clear reason?"  Good Lord, how dumb to these Media Monsters think we are?  This crime spree didn't start "earlier this year" it started after the death of George Floyd!   Weeks of unfettered protests and riots!  Most encouraged at the highest state political levels.  Governors and Mayors strangled by the race noose that they self tighten till their blue faced, compassionate racism can be witnessed by all.  "Poor black people don't know any better than to loot and riot when they's mad!" I just channeled OAC with a Southern accent!   Police are told to stand down to these violent criminals as to not appear racist and if they don't stand down and actually, God forbid have to shoot a criminal, they are crucified in the media, creating a popular opinion narrative!  As dear Gretta would say, "HOW DARE YOU!"  How dare an officer shoot a criminal, especially a Black criminal.  Can't we just talk this through?  I call, Bullchit!

Another wonderful example of brotherly love and self governing...perhaps it is more of a Darwinian theory, but look at what is happening in Chicago.  One would tend to believe that the BLM movement would be a HUGE success in places like Chicago, Detroit, Baltimore...  Maybe I should spell it out; BLACK LIVES MATTER!  Chicago: 49 shot and 10 killed over Memorial day weekend, 104 people shot and 14 dead Fathers Day weekend, and then just this weekend, 4th of July, the good folks of that city showed their appreciation for their Independence by shooting 87 innocent people, killing 15.  It is almost impossible to find statistics on the skin color of these innocent people or those who were doing the shooting, but I think it is safe to say that BLM should be there protesting!  Well, if Black lives really mattered.

mayor Lightfoot to the chicago tribune:

"Mayor Lori Lightfoot on Monday said she wants “all of us to feel this loss” after another weekend of violence in Chicago yet again took a toll on the city’s children, including the killing of a 7-year-old girl.

Lightfoot said she outlined an “all hands on deck” strategy on Thursday to head off another weekend of bloodshed, a plan that included police and street outreach groups. And yet, “we still saw a four-day weekend of 87 Chicagoans shot, 17 Chicagoans killed, and two of them children. Our children,” the mayor said at a news briefing.

“I say our children because I want all of us to feel this loss,” Lightfoot said. “It feels personal to me. Thoughts and prayers are simply not enough at this point. Sorrow itself is not enough. What it says is we need to do better as a city.”   YA THINK?  After all these years of losing the Murder Capital of the Nation to another Illinois city, East St. Louis by a very slim margin, you just might win the prize this year.  You can only hope...if not, I am sure you will be happy with your participation trophy.

Let's just look at how this is all working out across the country...you know, hating the cops and not needing them, and believing that being able to be good people and not shoot anyone, well, because...oh never mind, there is NO BECAUSE, it's all just a result of people, evil people believing that they can simply go out and shoot and kill and cause mayhem.  This is their form of self-governing.  This is their agenda and as we can see, there are no repercussions to their actions, just a BLM lie that Black lives are sacred and White people are racist.  And, doesn't it just make sense that it is White people that are causing all these Black on Black shootings and violence?  I am getting a bald spot from scratching my head.

Some of these state governors blame the covidiot release of many violent criminals to the spike in crime, but really?  It has everything to do with these governors not backing their police force, kowtowing to the  BLM domestic terrorists and allowing, in many cases encouraging Black people to riot, loot and destroy cities!  Thanks George Floyd supporters, you've played the race card exactly as planned.

So, what does this have to do with the Electoral College?  EVERYTHING!  We know that everyone has an agenda and right now we are seeing the Progressive Left using the death of a career criminal, George floyd to push the race card harder than it has EVER been pushed before!  We are reading letters penned by City Mayors telling us that ALL WHITE PEOPLE ARE RACIST!  Every day, White people are being shamed for their lack of melanin and the "obvious" White Privilege that goes with that pigment deficiency.  The police are being ousted, criminalized and disparaged for upholding the law by their very own local governments.  And, even though the facts and statistics are there, the nation is being brainwashed into thinking we are all racist, White people...even White people are believing this lie...and don't for ONE minute think that the Democrats are not taking full advantage of this and also promoting it to its fullest impact. 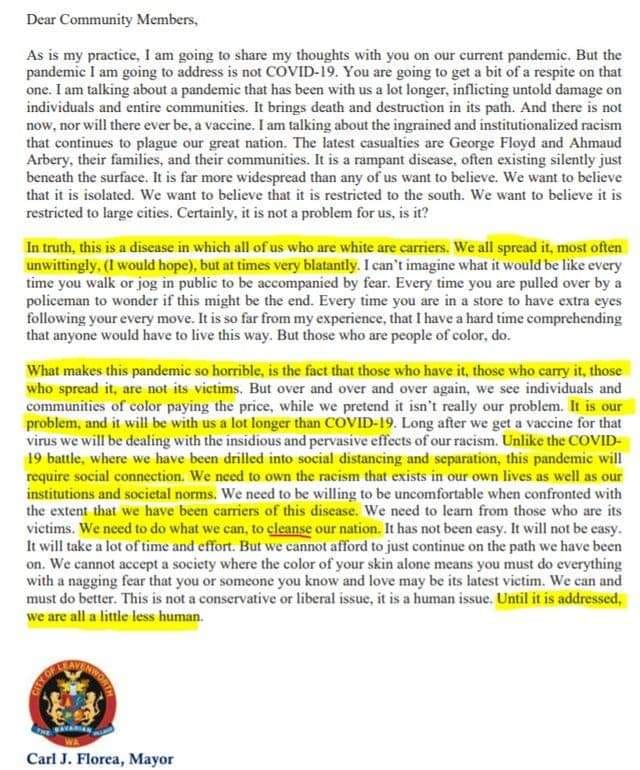 So now, you have all the Liberals on board with this lie, all the minorities you can persuade, the illegals who will be voting one way or another will all vote against us evil, White racists.  Trump and his band of hate-mongering, Conservative Christian, deplorable supporters will continue to be berated by the media monsters as "White Supremacists" and the popular vote will perhaps go to all those who have falling under the delusional spell of this lie.  As we have seen by the exponential increase in violence, mostly Black violence and the death tolls rising and the media stupidly scratching their heads like, "hmmm we can't figure out why this is happening...why are so many Black people killing each other?"  This is not a new thing but it has become an increasing one, and this is what happens when the rules bend, when the police stand down and when people, especially young people (voters) are brainwashed into believing a lie.  The Black Lives Matter farce is the reason we have the Electoral College, because believe it or not, there are still some people who can think clearly even under the delusions we are all experiencing.   The popular vote DOES NOT REPRESENT ME!  Oh and by the way, I AM NOT WEARING A MASK!

JOY BEHAR & THE VIEW SPREADS LIES AND DANGEROUS DISINFORMATION ABOUT THE COVID VACCINE!