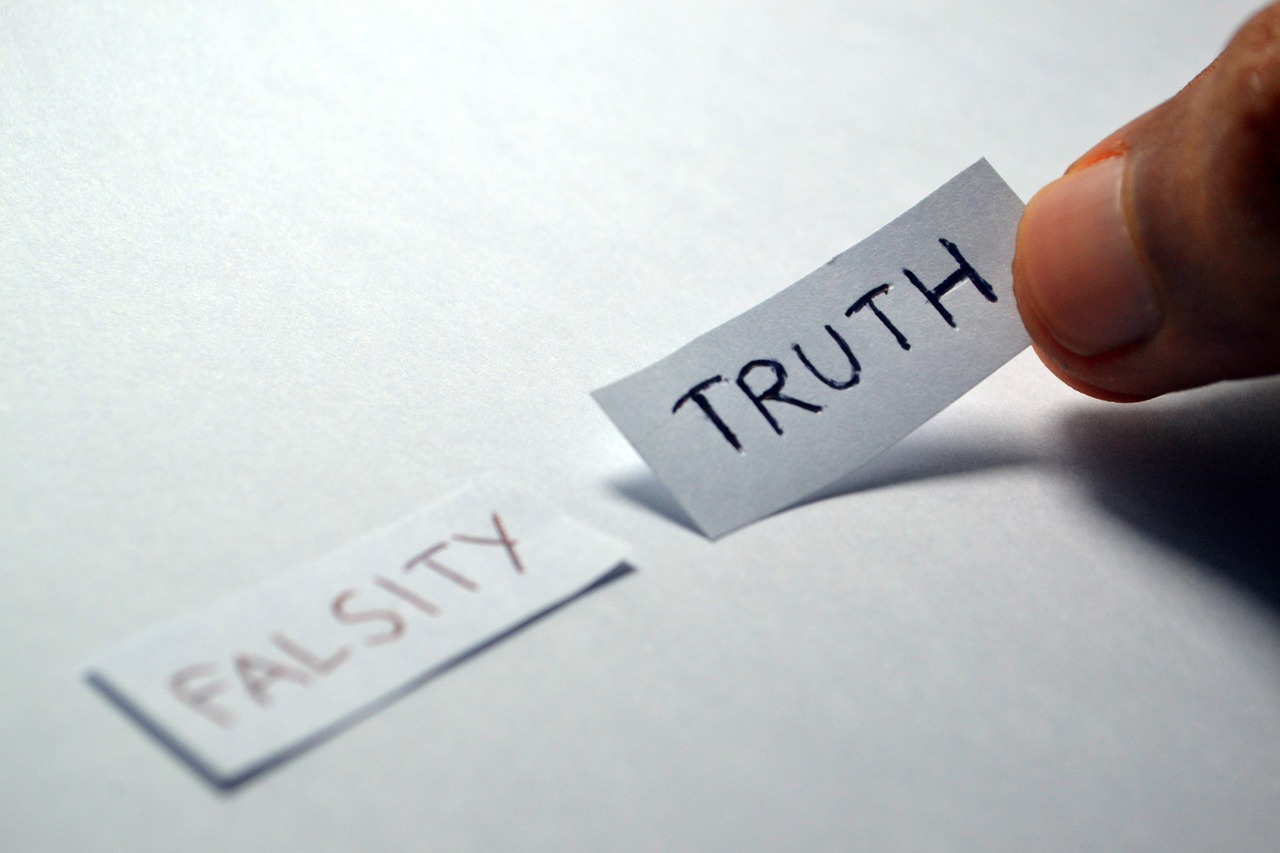 We are all listening to the media, in their horror film echo chamber repeat the words, "Thousands of new Coronavirus cases!"  I mean that is all I am hearing, as if those words are meant to scare me.  But they don't!  They don't scare me at all.  Now perhaps that is because I write about this stuff all the time...maybe it is because I have gained an abundant amount of knowledge regarding this virus and how it is being used...most likely it is because I am just so damn over all of the deceit, politics, follow the money and the ignorance that surrounds this flu.  But what irritates me the most, and it shouldn't actually because I am a writer and I know what words to write to produce any particular emotion...but come on, just doing some research goes a LONG WAY in understanding the persuasion of literary and media mind control.

If you have a "case" of something that generally means that you are sick or suffering.  Take for instance, someone who has a case of diarrhea.  This person isn't hopping on a Subway, going where there is no place for relief and certainly isn't going to trust a fart!  One can also have a "bad case" of something and that is much worse that, just a "case."  I mean, we all know that.  "He had a BAD CASE of the stomach bug"  or she has a "bad case of acne."  We all  know what being stricken with a CASE of anything means...something not good and the person is suffering to some degree, depending on how BAD the CASE is!  We can look at it this way; I bred 5 female dogs with my stud which resulted in 4 POSITIVE results.  Now, these would not be considered cases of pregnancy.  I could also say that I had a positive result in my COVID Antibody test.  The words, cases and test results can stir up different emotions in people.  So why are the media and politicians choosing to use the word, CASES?  Well, because it is scarier!  It means that the people that have tested positive are SICK! and may DIE  But is that really the truth?

Could it be that there are a LOT of false positives happening lately?  It is not uncommon for the COVID test to be re-administered after recovery, say for people to go back to work and the test will show a false positive because it is picking up old viral material that is not infectious, but still floating around in your system.  Some people have tested positive several times well after the infection as cleared.  Imagine the possible number of false positives in this scenario.  I suppose the CDC  was getting tired of the bad rap they were getting by padding the numbers, so they made a new recommendation that NO SECOND test after 10 days.  And once the insurance companies and the Care Act STOPS paying for those test, watch how quickly they will STOP!

You notice that this byline doesn't say; "FDA warns labs about high risk of false CASES!"  Because a false positive is NOT A CASE!  No one is SICK!  But lets just add those "positive" numbers to the tally!  Oh wait, but I just had to add this little nugget that is in the article by FOX:

"In March, President Donald Trump assured Americans that the COVID-19 test developed by the Centers for Disease Control and Prevention was “perfect” and that “anyone who wants a test can get a test.” But more than two months after the first U.S. case of the new disease was confirmed, many people still could not get tested."

Good Lord, how do you go from false positive results to slamming President Trump?  WAY TO SHOW YOU BIAS FOX NEWS!  Fair and balanced my arse!

"Cohen is concerned that researchers aren't taking potential false positives in PCR tests seriously enough. "As near as we can tell, the medical establishment and public health authorities and researchers ... appear to be assuming that the false-positive rate in in the PCR based test is zero, or at least so low that we can ignore it," he says.

"He is particularly concerned about research that seeks to track the progress of the epidemic. In areas where the disease is rare, there will be few truly positive results in apparently healthy people. If a PCR test has a 2% error rate in an area where only 1% of the people are actually infected, Cohen notes, most of the positive results will be false positives." NPR.org

It seems that there are so many false positives these days and this is perhaps because so many people have actually had this flu, have recovered, but must get tested for one reason or another.  For a hospital procedure, a job, travel, etc.  But why is no one talking about this issue?  Well for one thing, each state gets a certain amount of Federal  money (that's another word for your money) for every positive.  In my state for instance; "Idaho — which received more than $600,000 per positive test" WHAT?  That's a lot of dough rolled out for one positive test!  So we keep up the fear-mongering---and use the word CASES and collect the cash!

So the article above was back in March..."Several states are reporting only positive COVID-19 test results from private labs, a practice that paints a misleading picture of how fast the disease is spreading.

Maryland, Ohio and others are posting the numbers of new positive tests and deaths, for instance, but don’t report the negative results, which would help show how many people were tested overall.

“This matters because it gives you a false sense of what is going on in a particular location,” said Dr. Eric Topol, director of the Scripps Research Translational Institute. He said states should be required to report both positive and negative results for review by public health experts."

Nothing much has changed except now we have MORE, many many more false positives as people have recovered from the virus, some not even realizing they had it because, THEY DIDN'T DIE!  And these (false) positives are being reported without ANY indication of the severity of the illness, if any symptoms at all...just the words, "NEW CASES, NEW CASES, SPIKING CASES, THOUSANDS OF NEW CASES..." REPEATED OVER AND OVER AGAIN!  In a shrill voice!

AND THEN THE BULLCHIT

There has NEVER been an clear, scientific evidence that "asymptomatic" positive COVID "cases" spread the virus.  Mainly because:

But July 17, 2020 this (below) was published...and it is not a unique article, these types, void of ANY scientific validity are plastered all over the interweb, spreading fear, anxiety and causing people to loose their minds over wearing a mask;  "must wear a mask...must wear a mask or I will die..."  Ok you must say that like a robot, because that is how I said it when I wrote it.  Just so you know, I speak every single word as I write it.  Weird right.  Sorry I digressed for a second there.  Anyway, keep reading...

OMG, well it is now Aug. and testing is kinda out of control.  It is to the point where people go one COVID testing dates!  And surprise, surprise  all these people, who have NO SYMPTOMS are testing positive.

"Asymptomatic coronavirus carriers, or those who do not experience any symptoms, unknowingly contribute to the spread of COVID-19, infectious disease experts say. Now the U.S. Centers for Disease Control and Prevention (CDC) has issued new guidance that raises the estimate of asymptomatic carriers to 40 percent of people who have COVID-19.

I really want you to read that DOUBLE SPEAK and understand what the CDC is saying.  "100%, 75% and at that 75%, which is a big percent, the CDC says--"asymptomatic individuals are less likely to transmit infection..."  Come on people we really just need to start calling this crap out!  These numbers have ZERO percent science behind them!

Ha!  Not really, because you know that I will write about this very same thing again when some stupid article or comment pisses me off.  I am sorry, I have a very low threshold for, "stupid on purpose!"  I read the asinine Facebook posts of ignoramuses who spew out the politically motivated propaganda and it drives me nuts!  It's like, the entire population of the world can't or won't do any substantial research...almost like they want to walk around with a mask on, thinking that they could die at any moment from this virus.  Truth is, they could die at any moment but their chances of dying of THE COVID are less likely than dying in a car accident.

I am also pretty positive that the closer we get to the election, the more fear-mongering we will have to endure.  And what really stinks is that THEY (and you know who they are) can tell us anything and there is just NO disputing it!  And so many people will believe it!