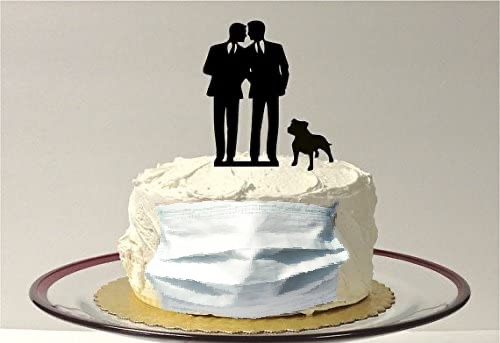 Don't want to wear a mask--Don't shop there!

We all remember the Colorado baker, Jack Phillips who refused to bake a wedding cake for the gay men, David Mullins and Charlie Craig in 2012.  Or the bakery, Sweet Cakes by Melissa, in Gresham, Ore., in 2013 who was also sued by a gay couple.  Melissa was fined $135,000 for refusing to make a wedding cake in 2013 for a lesbian couple.  "It is one of several cases around the country in which bakers, florists, photographers, calligraphers and others have said they don’t want to participate in same-sex nuptials because of religious convictions. So far, courts have largely sided with the plaintiffs, saying businesses that serve the public must offer their services to all." Washington Post

MUST OFFER SERVICES TO ALL!

So, are we, as Conservatives, especially Christians being hypocrites when it comes to entering stores that are adamant about their patrons wearing a mask?  I mean, after all, didn't we say in unison that these gays could simply go to any other bakery, photographer, wedding chapel etc?

I am hearing about so many people pushing the limits when it comes to certain stores and their mask mandates.  Office Depot for instance are maskholes and have Gestapo waiting around every corner...a dear friend just told me about her terrifying experience with a cashier at a local (Post Falls, Idaho) dollar tree with an onion-eyed, mask mewler!

So, why can't people just take their own advice and shop somewhere else.  There are a lot of stores I haven't gone to since this Mask-Charade began.  Costco for instance...I haven't been there in months.  There is really nothing in Costco that I can't get at maskless friendly store...well except for their rotisserie chicken...but then, if I really need that succulent, fall off the bone, eat the skin first, chicken, I will ask one of my friends who don't care about wearing a mask to get me one or two.  No big deal.

Now even though the Washington Post stated, "So far, courts have largely sided with the plaintiffs, saying businesses that serve the public must offer their services to all."  They also made it very clear that those who hold deeply religious convictions don't really matter in that equation! Obviously, even though the mask is on the other face now, we should simply take our own advice and go elsewhere.  I remember talking to so many conservatives about this Gay vs Baker issue, and it wasn't just bakers, it was all sorts of places.  Even in our little town we have a place called the Hitching Post..it's function is pretty obvious and it is a famous little wedding chapel, all Red Neck and North Idaho like.  But some Lesbo's from, I believe NY, didn't even come to our town, they just made a phone call.  It was like a total set up.  But regardless, we all just rolled our eyes and said that there were so many other places this couple could go to get married, why pick on Conservative Christians?

TAKE YOUR UNMASKED FACE SOMEWHERE ELSE!

You see, I think this MaskCharade is a bunch of BS...it could be all about civil control, a government experiment or conditioning us to get ready for some looney, wacko who is going to release some bio chemicals into the atmosphere...I don't know, but I do know that it has nothing to do with THE COVID!  And I get it, some people have bought into the mask mandate out of sheer fear.  Ok, for example, I sold a sewing machine to this sweet, little old man yesterday and he was wearing a mask and huffing and puffing up our stairs.  I told him that he could take it off because we had already had the COVID.  He looked at me, as if he didn't hear a word I had just said and stated, "I am not wearing this mask to protect me, I am wearing it to protect YOU!"   OMG, right out of the propaganda machine!  I asked him if HE HAD THE COVID right now, and the look on his face was priceless...I repeated my comment to which he said, "it's fine, I will just keep it on."  The fear is great and most of the time, you just CAN'T argue with fear.

I don't need to be like the LGBTQ community and barge my way into an establishment that doesn't want to see my FACE just because I believe it to be my right to show my pearly whites.  I think if people want to be stupid and bound by fear, LET THEM!  Just like the bakers, the photographers, the wedding chapels...the bars, your temples, your massage Parlours --oh hold on, I'm not in Bangkok...anyway, levity aside, and I only wrote that for those who get it, to make you smile, but hopefully the rest of you get my point...

With all the absolute stupidity flogging the entire world, and for some, those cuts run deep...just go and spend your money elsewhere.  Just like, it is NOT the right of a GAY person to demand they get a wedding cake baked by whoever they demand bake it, it is not our right to demand a store accept us without a mask, even though, "businesses that serve the public must offer their services to all."  We just don't have to be THOSE PEOPLE that we complain about.  There are plenty of other stores that would LOVE to take my money!  And If I make Bezos more wealthy, I'm ok with that!