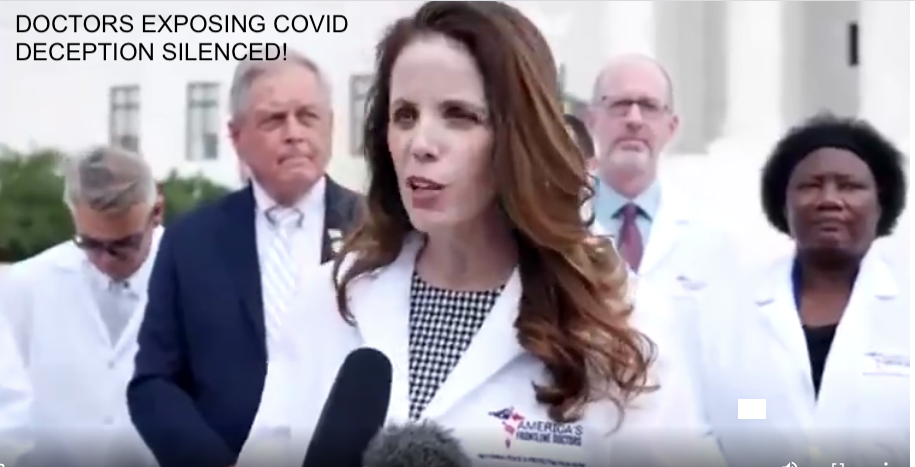 So, it seems that even my trusted altcensor.com has been censored by the social media giants!  this extremely contoversial video is now gone from their server!  I feel like I am living in an alternate universe!  However, last night as I watch every platform remove the video I had the sense to take a quicktime screen shot and recorded it all.  This is a huge file so I am working on compressing it so that I can upload it to my server.  If you have an inclination to Dontate to this site, now would be a good time to do it.  I have a feeling that once I get this video compressed and uploaded I will be needing to look for another webhost.  I am not sure how long I will be able to keep the video up.  Please check back later this evening as we are working diligently to compress this video and get it uploaded.  Thank you for be such amazing readers of mine.  Try here for now---CLICK LINK

OK folks...what is written below was from last night.  I saw this amazing video featuring several American Doctors talking about the lies and misinformation that is disseminated by the media, government officials and most importantly by our very OWN MEDICAL COMMUNITY!  This video was so compelling, I only wanted to briefly share my thoughts on it and simply post it. It was late last night and the first video I posted was taken down by Youtube within minutes of me uploading it.  So I found another one...right before I hit the publish button I noticed the ERROR message (see both below).  Frustrated, angry and so tired I went to bed to start fresh this morning.  So here I am, in my robe, drinking coffee ready to do this!  Please watch the video first--> FOLLOW THIS LINK TO VIEW THE VIDEO! And a special "thank you" to ALTCENSORED.com for giving us a venue to watch all the videos that are banned  BY THE SOCIAL MEDIA GIANTS for obvious political reasons!  You really are my heros!

I am going to leave everything I wrote last night, because it exemplifies not only what I am feeling, but what all THINKING people are feeling!  We are now well beyond FRUSTRATED!  What THE MEDIA MONSTERS are doing by silencing the TRUTH is CRIMINAL!  And they must be stopped!  Moreover, it is quite frightening when PRIVATE companies are CENSORING with Communist tactics and NOT the Government.  WHO IS NOW REALLY IN CONTROL?

Fist I wanted to say that Congressman, Ralf Norman, from South Carolina was instrumental in gathering these Doctors together to hold a Press Conference in Wa. DC. at the steps of the Supreme Court Building.  And as you can see from the "News" that showed up, this conference was BLACKLISTED by the Mainstream Media!  WHY?  Why didn't ANYONE from the Media show up to hear what these Doctors had to say? Wouldn't it have been so much easier to ridicule them and call them out in person instead of after the fact?  The answer is clear, these Doctors would have CHEWED up the ignorant media and the Press knew this!

"A video featuring a group of doctors making false and dubious claims related to the coronavirus was removed by Facebook, Twitter, and YouTube after going viral online Monday.

So, this news outlet, KLT along with CNN, has decided that the claims these doctors are making are "false" and then go on to question their medical credentials, "a group of people wearing white lab coats calling themselves 'America’s Frontline Doctors'”  A group of PEOPLE?  Really?  What, you can't qualify them as DOCTORS, you call them a "group of people?"  UNBELIEVABLE!

Who are these "people"?  One would assume from the media assault that they are not doctors but white lab-coat wearing fakes!

These are ALL medical doctors and respected in their field and by their peers.  One would get the impression by the panicking media that these are simply a group of heretics posing as Doctors trying to convince ignorant people to drink fish tank cleaner! Remember the viral video of the two Doctors, Daniel Erickson and Dr. Artin Massihi from California?  You know the Doctors that held a press conference exposing the COVID lies?  That was a couple of months ago and it was promptly removed by the Social Media Giants like Facebook, Youtube and Twitter as fake information.   WHAT ARE THEY SO AFRAID OF?  We must ask this question!  And we MUST DEMAND answers!

WHAT DO THESE DOCTORS HAVE TO GAIN BY LYING?

You must ask yourself this question!  Why would 6 Doctors who all deal with Covid patients get together to make such claims?  Why would they expose the medical community for outright lying to the American people?  What do they have to gain by claiming Hydroxychloroquine WORKS?  NOTHING BUT LIVES!  I would bet that none of them own stock in a pharmaceutical company, specifically Moderna--the front runner in producing the COVID vaccine!  It sounds to me as it they are desperately trying to EXPOSE the TRUTH!  The biggest question is, WHY DO THE MEDIA GIANTS WANT TO SILENCE THEM?

So, if for some reason Altcensor.com get's bullied and taken down, here is the entire transcript of the conference.

I generally have so much to say...but tonight I am tired...tired of the stupidity, tired of seeing the BLATANT truth right before my eyes and attempting to convince morons to JUST OPEN THEIR EYES!  I know I am not alone, I know that all of you feel the same way.  It hurts my heart to know that I have people reading this blog from all around the world and so many are just so...gosh, I don't even know the words...what are we?  Frustrated?  Angry?  Depressed?  I can't even put it into words.  Our worlds have just been turned upside down and it seems that it is all political.  Is Trump really that big of a threat to the world that those in CONTROL are so desperately trying to stay in control that they would see this virus as an opportunity to spread mass chaos?  People suffering and dying as simply a causality of war?   Spreading fear like one would spread peanut butter on bread...right to the edges? This is all about FEAR!  And what a better time to send in the terrorist BLM and ANTIFA groups just to make things worse.  POLITICAL!  We all all being used in a political ploy!

Tonight, I am simple going to show you a video...I am not going have a lengthy discussion, because I am tired.  I know you all feel the same way.  But,  if we all work together to STOP this insanity we WILL get back to OUR normal.  We do NOT have to accept this, "NEW NORMAL" narrative.  It is an agenda, it is political and it IS AGAINST TRUMP!  Those who are currently in "power" are using all of us, in every part of the globe, to stop this man.  IF THEY ARE THIS SCARED OF HIM, I will be praying for him daily and hope that he gets 4 more years to finish what he has begun.

Hopefully you will be able to watch this video it before youtube takes it down. Listen to what Dr. Stella Immanuel has to say about Hydroxychloroquine.  Why use a drug that costs CENTS when you can make HUGE money on a vaccine?

So, good night to you all and this video is says it all.

So, from the time I added the first Dr. Stella Immanuel video...that one was removed by youtube, I found another one (above) which was deleted in the 20 minutes it took me to write this...I was just about to hit, PUBLISH and the link was gone. 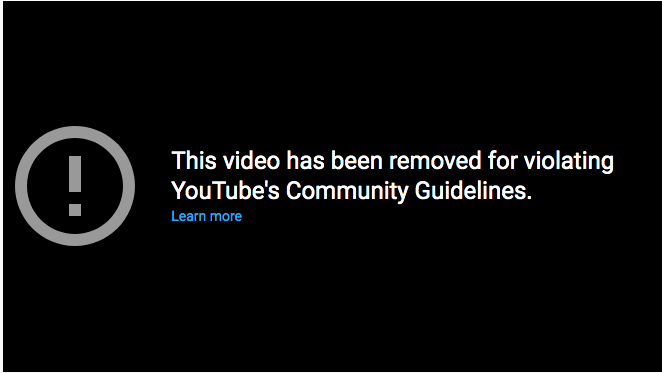 98,078 KIDS GET THE COVID! JUST LIKE THAT, RIGHT BEFORE SCHOOL STARTS!

THE DEATH OF INTELLECTUAL HONESTY! ANTIFA STORMS THE CAPITOL BUILDING!