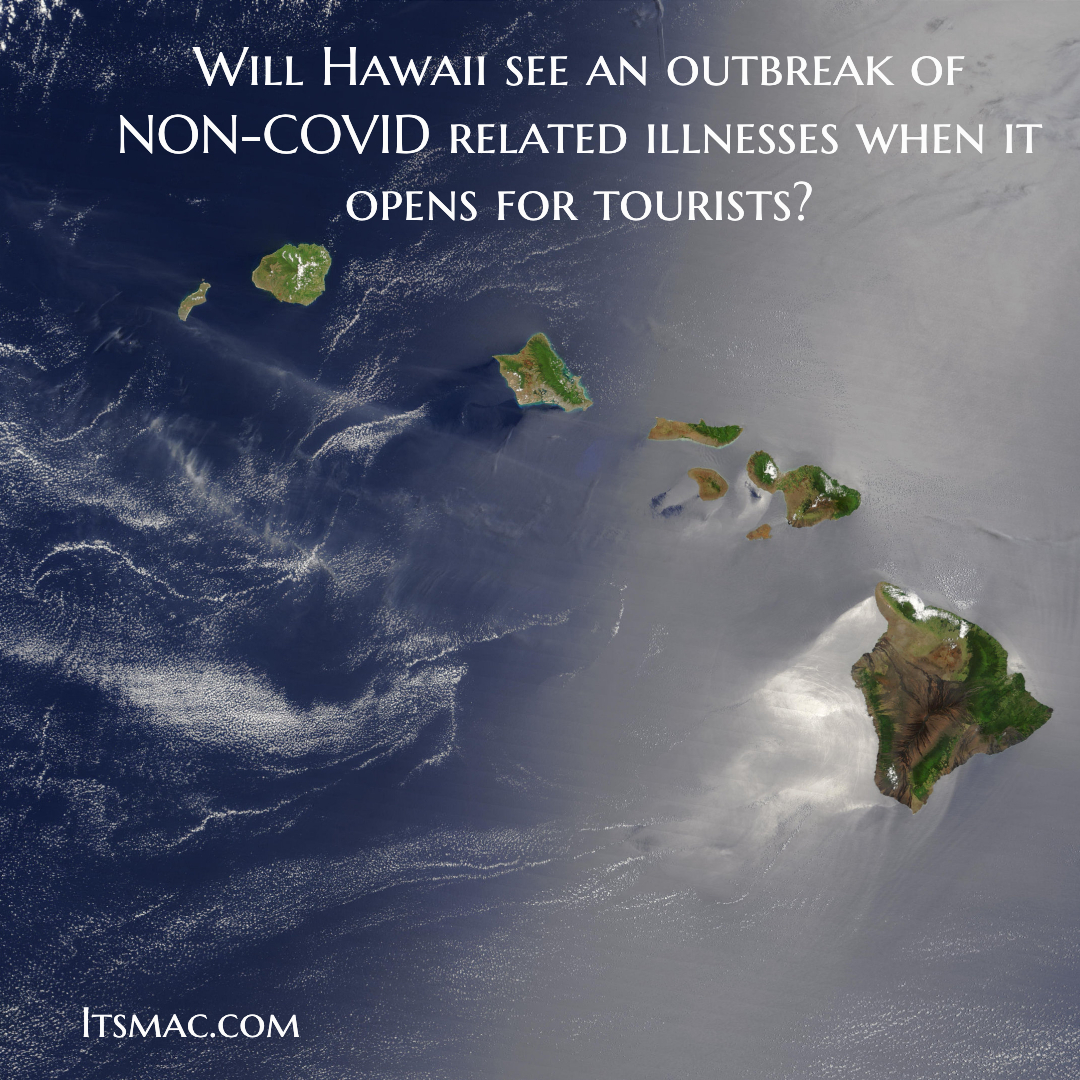 Will Hawaii experience local mass illness after reopening as a result of lockdown?

I was talking to my daughter last night...she lives on the Hawaiian island of Maui and has for severals years and we were discussing the future of Hawaii, post pandemic.  I think, out of all the state closures, Hawaii has suffered the most hardships.  Not just economic as it is tourist driven but also the emotional toll the Coronavirus has had on the residents.

Most of us know that the State of Hawaii is a cluster of Islands in the Central Pacific Ocean...lush, beautiful and isolated, however each year Hawaii experiences roughly 10.5 visitors every year and due to their close proximity and economic ties, Japanese visitors make up the bulk of tourists with other Asian countries coming in a close second which made Hawaii a potential hotbed for the Coronavirus to spread and spread quickly.  The one plus that an individual who lives and works in a tourist town can count on is a relatively healthy immune system.  With that many people coming into Hawaii every year, from all over the world, exposure to germs, viruses and all the other icky things tourists bring with them help ones immune system build antibodies more than, say the average Joe who lives in Nebraska. 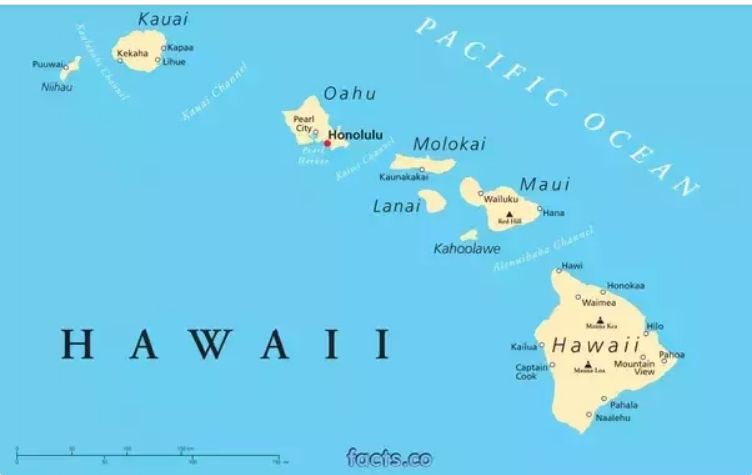 But what happens to that strong immune system after 6 months of isolation?

HAWAIIANS MOST AT RISK WHEN THE STATE OPENS

So, just imagine living on an isolated island with little contact with the outside world.  Imagine one day there were thousands of tourists visiting and then the next there were ZERO!  Take the island of Maui for instance, with a population close to 170,000 and then remove ALL tourists for 6 months.  Maui sees about 3 million tourists each year and now they are gone...all that is left are the locals...no outside germs coming in, just the citizens sharing local, common sicknesses.  And from what I hear, speaking to my daughter, who almost always has some mild case of something a tourist brought in, she claims that all her friends are pretty darn healthy right now.  This is an oddity as the majority of her friends and acquaintances work in the hospitality industry; restaurant, hotel, boutique, etc and like her, their bodies are almost always fighting off some type of sickness brought to the island by a tourist. But since there are NO TOURISTS their immune systems may be getting quite use to being left alone, and consequently getting lazy. There has been no reason to get up and fight off all the cooties brought in by the millions of tourists.   A good thing, right?  Makes the body more healthy?

No...actually NOT!  As history has proven, the residents of an isolated, remote place tend to only have immunities to their natural environment but when foreigners come in with diseases that are not necessarily fatal to them, the ramifications to the native locals can and generally are, DEVASTATING!   This is simply because the isolated locals have no tolerance or immunities to what is circulating in the common world.  Now this Hawaiian shut-out to tourists may have been a very good thing to do, at first, because Hawaii is all to familiar with epidemics that historically killed many people.  The difference though with the Coronavirus and a population like Hawaii, is that these locals have NOT been isolated, and for the most part, their bodies have been forced to evolve strong immunities due to the large amount of tourists they cater to, on a daily basis.  This doesn't mean that the locals are more healthy than say the Nebraska man, it just means they might not get as sick as the average Joe. Not much different than what those in the medical profession experience...a strong immune system from constant exposure.

Will hawaii see their own health pandemic soon?

I am going to say, YES to this!  6 months is a very long time to sequester a population that is used to being exposed to many illnesses, and has had the potential to radically change the immune responses and tolerance of foreign bred viruses.  We've all experienced a lockdown you say, and yes that is true, but we live on the mainland and interstate travel has not been suspended.  We have all been free to travel in our vehicles to different cities and states.  Although many Governors have tried to stop this travel in the beginning, it was not very successful.  Hawaii on the other hand, is a cluster of tiny islands and travel between islands has been stopped.  So each island is now its own ecosystem and has been, for the better part of 6 months.  What will this mean when Hawaii opens up to the general public?

As of a few days ago, Hawaii lifted some of its travel restrictions, allowing COVID-FREE individuals to travel there without any quarantine restrictions.  But is COVID going to be the threat or will it simply be all the other diseases, virus and common sicknesses that the rest of the world is still passing around?  I know that so many are of the mindset that nothing else is floating around...because, COVID, but unfortunately all the other common illnesses are still out there, and still infecting people.  The seasonal flu is on its way, the common cold has never left, and the myriad of other illnesses pervade much more than the Coronavirus.

Our bodies rely on 2 types of immune responses; the innate, (general) immune system and the adaptive (specialized).  Most isolated people, like those locals in Hawaii will have little issues with their general immune system, but they very well could experience devastating lockdown consequences from their Adaptive immune system, which deals with antibodies...it remembers viruses so it can attack specifically and effectively.  So how long does it take to deplete a strong immune system?  WebMD states, "Not eating healthily, being sedentary, not getting enough sleep, and being under chronic stress can all contribute to a weak immune system. When your immune system is depleted, bacteria, viruses, or toxins can overwhelm the body."  I think the vast majority of Hawaiians would claim they have been experiencing every single one of these immune depleters, but also add isolation into the mix. 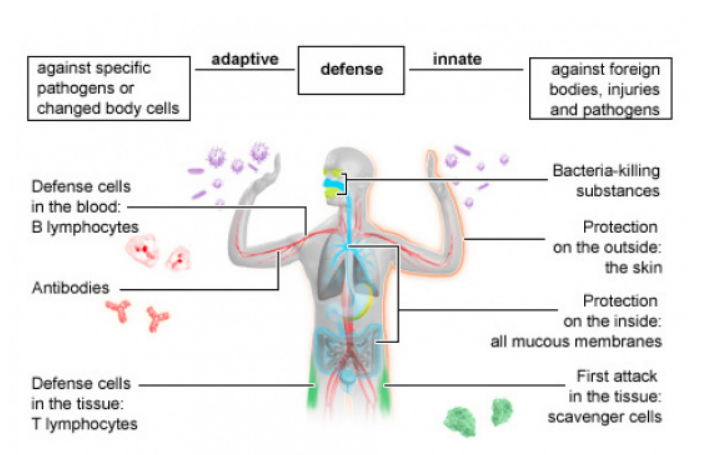 Will Hawaiians be more susceptible to illnesses after travel restriction are lifted?

the rest of the country vs hawaii

While most of the country, especially Democrat run states closed schools, hotels, restaurants, parks, beaches, etc. many are now open for business, especially in Conservative, Republican run states.  North Idaho, where I live for instance, is a thriving tourist town, and we have been taking tourist money hand over foot from our Democrat neighbors.  I have never in my almost 30 years of living here seen so many out of state plates.  Our downtown is packed on any given day and our little economy has kept its head above water as those who don't want to wear a mask have been flocking here by the thousands and although our county currently has had 57 deaths, allegedly connected to THE COVID, the majority have been those of a substantial age--75+.  The one important thing however is that our local population is keeping our adaptive immune system alert and on guard as people from all over the country are visiting here, and our local population is close to that of Maui.  Although our number of tourists is dwarfed by that of Maui, we have seen a significant increase of visitors from far away states this summer, more than ever in such a short time. Several other states like South Dakota, South Carolina, Georgia and Wyoming who also didn't impose draconian rule also saw a significant amount of tourism from lockdown states.

Because we have not stayed closed, we are seeing a healthy amount of tourism, which in turn is helping our immune systems to continue to work, not just innately but adaptivally as well.  This can not be said for Hawaii, indeed, quite the opposite could be happening there...immunocompromised individuals may be forming from a 6 month lockdown, many suffering from depression as economic worries pile up, unpresidented unemployment, drug use and alcohol abuse one the rise and individual, emotional stress takes its toll on the locals...is all of this affecting their immune system, how could it not be?  And what is going to happen when the tourists return?  It's NOT all about THE COVID!  It's about all of the other viruses that will be brought back in, that those of us on the mainlands have had a chance to build immunities to over the last half a year.  It could quite possible hit Hawaiians all at once.

My speculation and I hope I am wrong, is that the locals, the citizens of Hawaii will see full hospitals, clinics and employees out sick within weeks of a full opening, NOT from COVID cases, but from other illnesses that their immune systems are simply too weak to quickly destroy.  That is my unfortunate prediction.

PRESIDENT BIDEN LIES–“YOU ARE NOT GOING TO GET COVID IF YOU GET THESE VACCINATIONS!”

IT’S NOT A RACIAL ISSUE! BLM DESTROYING BLACK LIVES AND THAT IS THEIR GOAL!