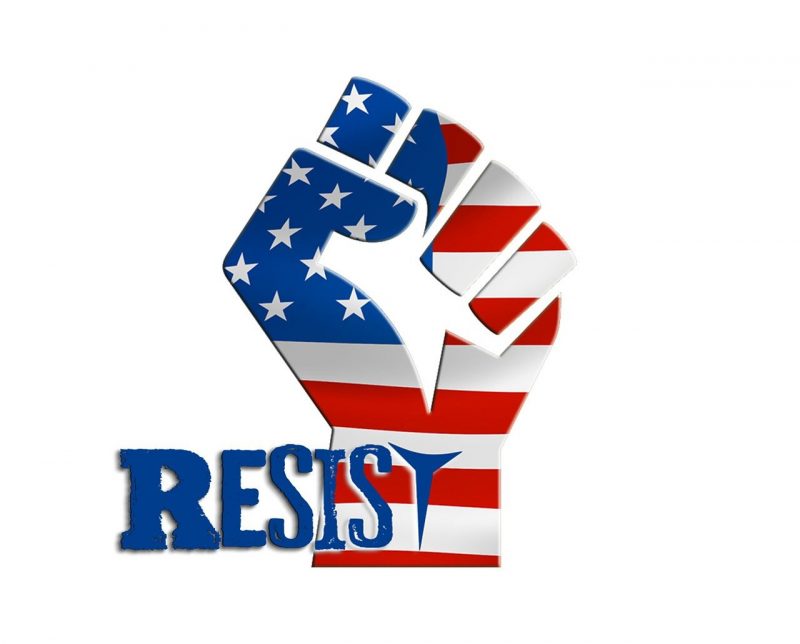 Taking back our flag and our country from the Socialist LEFT! We will RESIST!

Ya know, we have, as a country endured so many "protests" in the name of SOCIAL JUSTICE.  We have seen ANTIFA trash and destroy cities in the name of, um, fascism and capitalism?  We have watched countless videos of BLM supporters wreak havoc on communities, looting them, burning them and just causing utter destruction to innocent, uninvolved people.  Businesses are ruined, livelihoods are totally devastated, all in the name of, hmmmmm, social justice?  We all witnessed 6 city blocks in Seattle taken over by FORCE for weeks causing those who lived in that area to flee for their own safety.  I would call that a SIEGE!  But no one did anything to stop it. The Mayor encourage it and the Governor pretended he didn't know anything about it. And the good people that lived in the area were told to just tolerate it!

What was the point?

What was accomplished by all these riots we have suffered through?  Does destroying historic statues, government buildings, local mom & pop businesses, looting stores to get as much FREE stuff as possible make a point? No, hell no it doesn't.  Does costing taxpayers billions of dollars help the cause?  NOPE, sure doesn't!  And then we have the Politicians on the left supporting this type of meaningless mayhem!  The only point to these types of "protests" that quickly turn into RIOTS is to make people afraid!  Burning down an immigrant owned car dealership, destroying the convenience store that has been on corner for decades or stealing from local businesses DOES NOTHING to make any change, except to cause fear in hearts of people.  And folks, that is the agenda for those on the Left.  Don't believe me, well, let's just take a listen to what our new Vice President of the United States thinks about all this destruction and violence the innocent citizens of the United States have endured for over a decade now...since Obama.

There was ZERO condemnation regarding the Left riots...BLM or ANTIFA.  As a matter of fact, Kamala Harris, VP of the United States (God forbid please) is happy this is happening!  Giddy almost.  "They're not going to stop...this is a movement and everyone BEWARE...they are not going to let up and and they SHOULD NOT and WE SHOULD NOT."  "BEWARE?" Ok so who is the "WE" she is referring to? Conservatives?  Or is this just a Liberal thing? No equality?  Harris is point blank telling us that these "protests" are not being reported to the people, "that's right, that's right" she says with her smug smile.  It is obvious that she is complicit with the media not reporting on the violence and destruction perpetrated by these, "protestors." Why?  Simple, the objective is to not let people know that their state is burning with riots.  That is the goal, keep people ignorant.  There is really no bigger picture than that.

These "mostly peaceful protestors" are not signing up to be police officers to make a change, they are not forming community watches to stop crime in minority communities, they are not out patrolling black communities to put an end to black on black crime and they are NOT storming the abortion clinics that murder millions of black babies!  Nope, because their convictions lie in violence, looting, burning buildings and taking over an area of Seattle for weeks with zero ramification.  Does the media condemn them for their terrorist behaviour? NO! Quite the contrary, they are GLORIFIED and encouraged for their actions by people like Kamala Harris.

IF YOU DISAGREE WITH A POLICY THEN YOU NEED TO UPRISE!

And here, we have Nancy Pelosi hoping people will, "uprise" in defiance of a policy that those on the right, "defend."  Oh, uprising is a kinder, more PC term for RIOTS!  So, here we have it, Nancy Pelosi, the Speaker of the house calling for widespread riots; who by the way is in close succession to be President if something happens on Inauguration day...let that sink in.

So, if you don't like a policy, then RISE UP!  Hmmmm, does this apply to Patriots as well?  When Kamala Harris said, in the above interview that the "protests" would continue after the election, was she in the know that the 2020 election was going to be rigged?  Obviously not yet.  She knew  Trump was actually going to win by a landslide.   Why else would she support riots  in major Democrat run cities with a Democratic President unless she knew that Trump was going to win?  If she even thought Biden was going to legally win this election she NEVER would have said that!  Remember, healing, unity, coming together...bla bla bla.

THERE NEEDS TO BE UNREST IN OUR STREETS!

And here is another Leftist politician encouraging "UNREST in the streets as long as there is unrest in our lives..."  REALLY!  So, this only applies to Liberals, Leftists and Democrats?  But what about when half of this country feels a great deal of unrest?  What about those who feel that this election was rigged?  What about those people who testified in front of State Senate committees claiming they witnessed voter FRAUD?  What about the 78+ million people in this country that are in a dire state of "UNREST" due to the fact that the preponderance of evidence will not even be heard by the courts?   How about those people who suffered through 4+ years watching their President being attacked every day of his Presidency...being spied on by the then sitting President (Obama), dealing with the RUSSIA HOAX and then a sham of an impeachment trial?  All of these were fabricated to protect, first Hillary Clinton and then to protect the Bidens.  What about these people?  Should they take the advice of our new Vice President (God Forbid) and "protest?"  So they did.  And now the outrage?  For one day, these people let their voices be heard in a very big way.  They haven't gone on for MONTHS AND MONTHS destroying property, desecrating statues in the State Capitol building, burning communities and destroying lives.  No, that would be what we have dealt with from the Liberals, who get a FREE PASS every time!

HAVE A POINT AND A REASON TO PROTEST!

What the entire world witnessed on January 6th, 2021, was a handful of  people compared to the over 300,000 American Patriots that were in DC, peacefully gathering. The handful broke through barriers and entered the Capitol building. These people had just enough "unrest" in their lives to be pushed to the edge.  What we witnessed was not the capitol building being burned to the ground, or Patriots looting priceless artifact out of the Capitol building or even the type of violence we see the groups like ANTIFA OR BLM with their molotov cocktails,  commercial fireworks, crow bars and bats assaulting people.  But the way the media is spinning this as well as many politicians is that a group of Domestic Terrorists, AKA, American Patriots, took siege on the US Capitol building.  No mention of ANTIFA's presence there and as usual it is ALL TRUMP'S fault...and nothing at all to do with the fact that half the country fully believes, with all their heart that this election was STOLEN from them!  Nothing at all to do with the fact that for almost 5 years now all Trump supporters have heard is politicians on the Left belittle him mercilessly and the Mainstream media mocking him and us.  But we are proud to be called, DEPLORABLES!

Do we not think that people like Kamala Harris encouraging rioting, Pelosi stating that if you don't like  a policy then you should have an UPRISING, or Democratic Rep. Ayanna Pressley telling people to take to the streets with civil UNREST!  And it has not just be few people, Maxine Waters called for violence against Republicans wherever they were; she literally told her constituents to form a crowd around Republicans and "push back!"   And Yet, it is Trump who is blamed for a CROWD of Patriots forcing their way into a public building.  And they had a mission and it wasn't to burn the building, it wasn't to beat people with chains, crow bars or throw fireworks or molotov cocktails...it wasn't to take over the US Capitol building and EVERYONE KNOWS THAT!  It was to BE HEARD!

Their purpose was to make their voices heard that the election was rigged and someone had to do something!  SOMEONE NEEDED TO LISTEN TO HALF THE COUNTRY!  BUT NO!  These people are not considered heroic protestors like they would have been if the tables were turned, because we all know that if these were liberals the media would be throwing them a party and calling them "True Patriots!"  We all know this to be true.

So if you want to put the blame for this situation on anyone, then place it squarely on the shoulders of the DEMOCRATS!  They have been encouraging and condoning riots for 12 years now.  Remember Baltimore?  "we also gave those who wished to destroy, space to do that as well." ~Mayor Blake  No big deal, right, let them riot...unless it is conservatives and then it is a big deal!

Why is it a big deal when Conservatives take a stand, or as Pelosi calls it, "UPRISING"?  Why do they shut it down as quickly as possible?  Why did the FEDS set up and kill LaVoy Finicum?  Because they know that conservatives have a long history of patience  and tolerance but when pushed too far, too often and for too long, the push back has consequences, lasting consequence.

Remember when the Rainbow was hijacked?  Well, this is OUR flag and it is time that this symbol is put into the RIGHT hands! 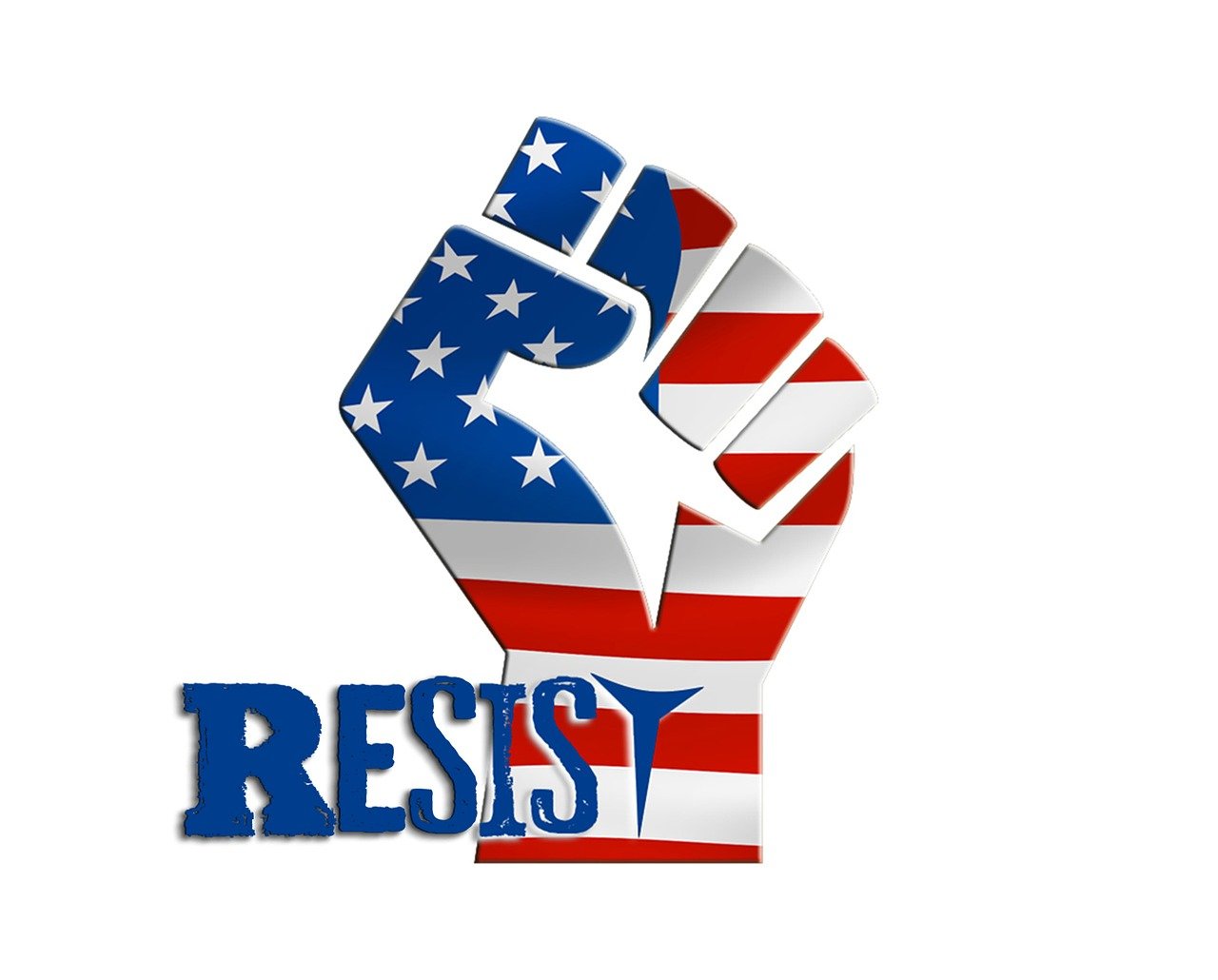 Taking back our flag and our country from the Socialist LEFT. We will RESIST!

PRETENDING TO BE BLACK IS THE NEW WHITE! WHY WOULD THIS BE OFFENSIVE?

WHY DID MERCK PULL OUT OF THE VACCINE GAME? WHAT DO THEY KNOW? NOW JOINING FORCES WITH J&J.