So, yesterday I came upon a post from a friend that had the infamous Facebook security covering over it--DANGER WILL ROBINSON!  I have come to know that whenever I see this type of CENSORSHIP covering of a Facebook meme or image, what is being covered is indeed a truth.  So, without apprehension and much anticipation,  I clicked, SHOW IMAGE...I wasn't scared.  Ok, so what was so terrible that it had to be hidden with a caveat that this image contained information that was, according to the "fact-checkers" FALSE? 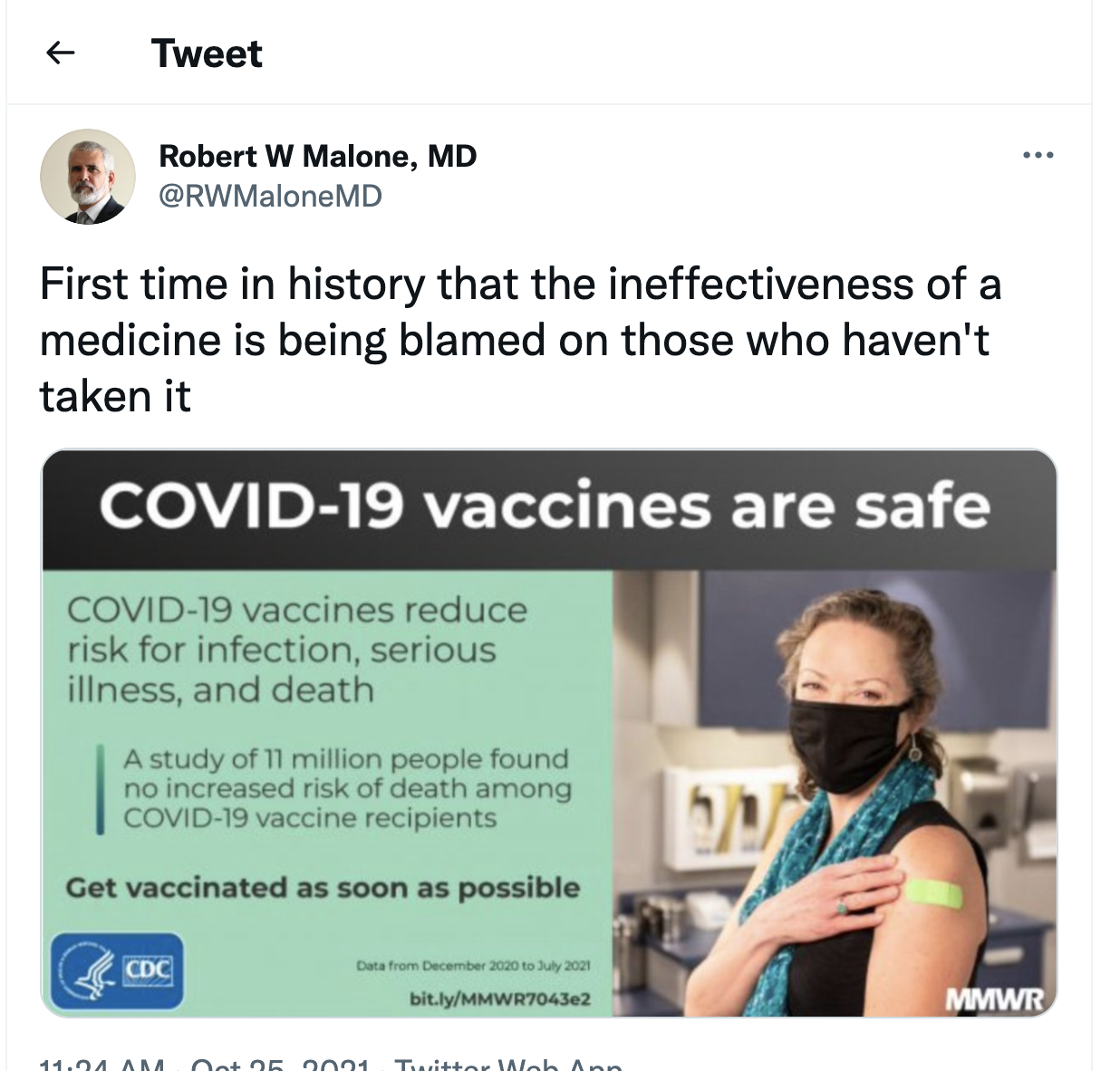 The godly "fact-checkers" claimed that Dr. Malone didn't create the mRNA vaccine, but he was a co-creator.  OMG, really, are you kidding me?  The Co-creator of an experimental shot makes this post on his Twitter account and the Leftists go full censor!  So, I thought of the most famous vaccine creator I could think of and, BAM, Jonas Salk, the creator of the polio vaccine came to mind.  I mean how can it not, as I hear, "but the polio vaccine..."  "if we didn't have the polio vaccine..." all the time in this new COVID world. I just wanted to see who helped Dr. Salk develop the Polio vaccine, after all  King Obama made is abundantly clear that no one did anything on their own initiative...remember?

Knowing that I won't find much on Google, or even Duck Duck Go, I pulled up my best browser, Dissenter and typed in Dr. Jonas Salk.  I scrolled through a few mediocre articles I found one that was extremely interesting.  So interesting in fact that I posted it to facebook.  As soon as I hit, POST I got this messaged--->

Spam URL? Well that doesn't make much sense, unless of course Natural News articles are being shared a lot on Facebook, twitter and youtube, oh they must be something special for these social media giants to be so afraid of them! Ok, a lot of information is shared on these social media platforms, what makes Natural News so offensive to these far left media monsters?  Oh goodness, just look at their RACIST, White Supremacist Banner/Header on their website.  Holy WOW, that is some scary, conspiracy theory chit right there!  Defending Health, Life and Liberty, good Lord, we can't have that type of  free thought floating around the interweb for all to see...CENSOR IT!  KILL IT NOW! 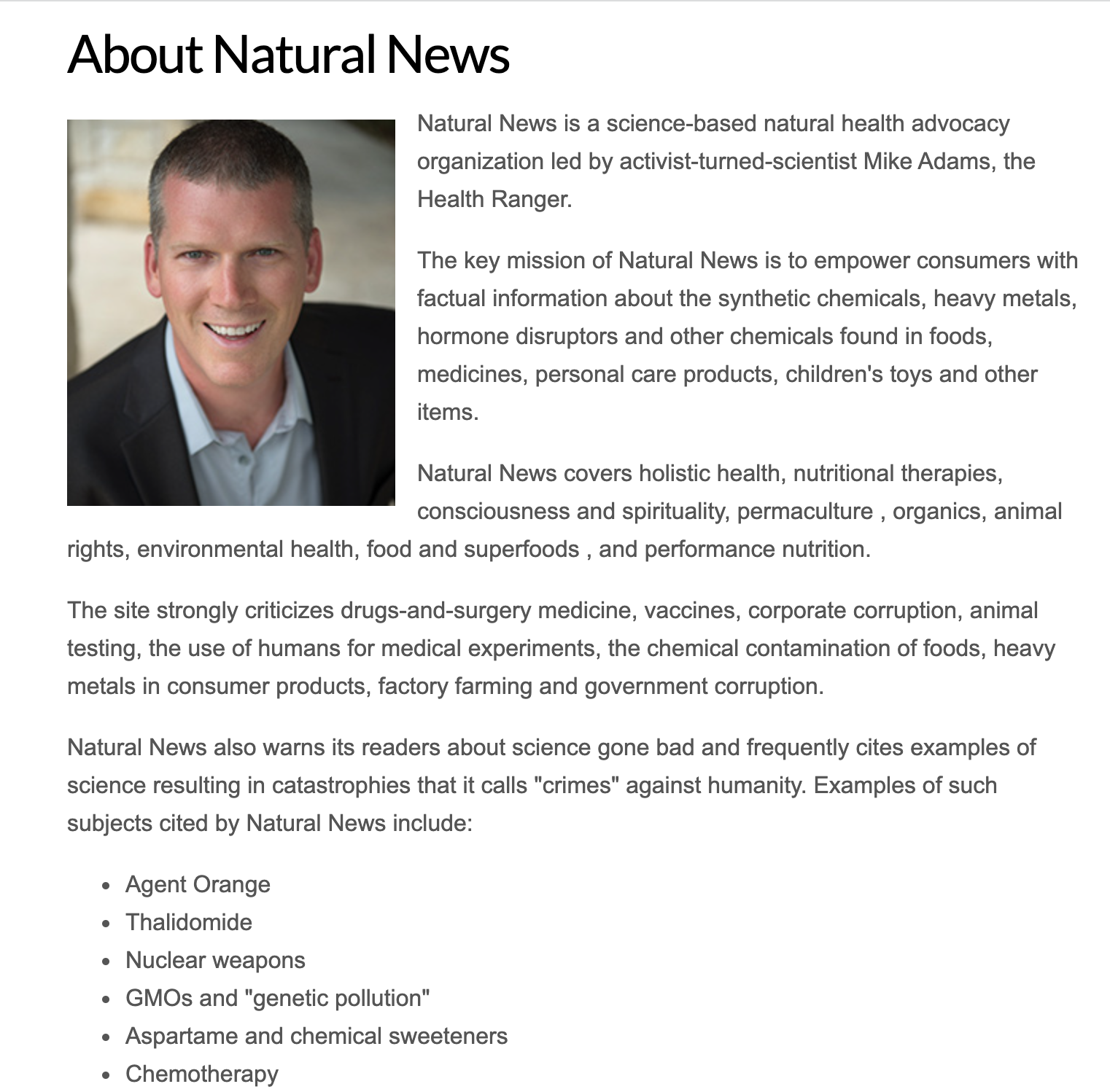 Sounds like Natural New is like a whistle blower on all sorts of issues, a consumer advocate of sorts, exposing criminal activity, cover-ups and not allowing history to swallow up the truth in bowels of the Leftist rectum. But what do the fact checker say about this site? 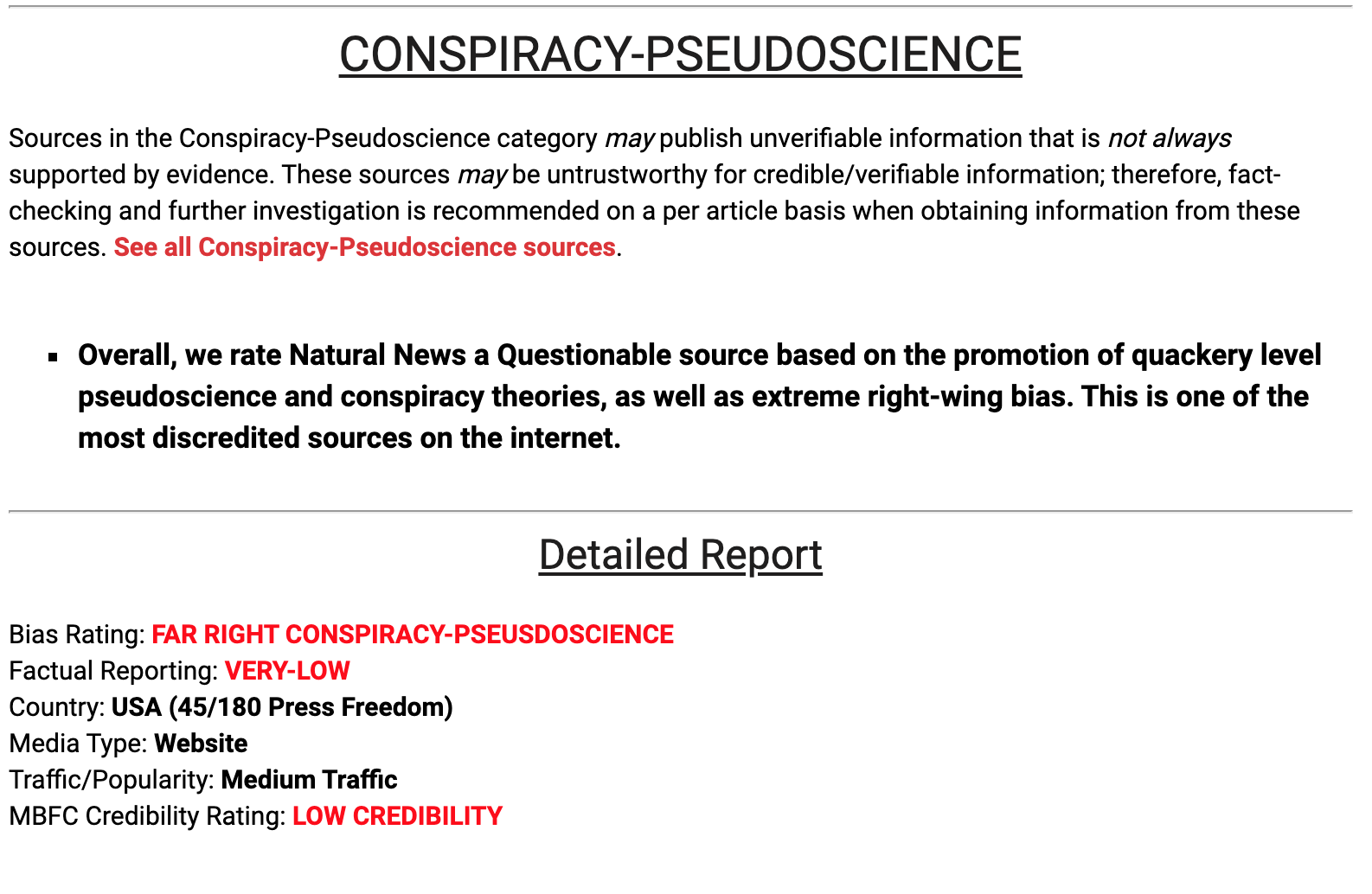 "Conspiracy-Pseudoscience"  hmmmm..."extreme right-wing bias"  What does that mean exactly?  In my mind, it means exposing the truth that the Left wants to stay hidden.  I mean come on, it always has been the "extreme right wing" that has exposed pretty much all evils this country has endured throughout the history of our nation.  We really don't see Democrats readily admitting to being the root of slavery, the creators of the KKK, the ones who experimented on black men in Tuskegee, fighting tooth and nail to stop women from voting, attempting to thwart the Civil rights amendment, and on and on.  We certainly don't see the far left standing on the rooftops cheering on Dr. Salk when he was exposed as being the one who injected mentally ill patients in a Michigan State run asylum with a newly created, experimental vaccine and then exposing them to a viral flu.  Nope, I can bet 99% of the world's population ONLY knows the name, Jonas Salk as the man who created the Polio vaccine.  I am right on that; so is that conspiracy thinking?  Or is it, just like so many of our long-standing words, a word that has been twisted to mean something it does not and never has meant?  The meaning of conspiracy is to form a secret plan made by two or more people to do something that is harmful or illegal.  Perhaps like, pretending  a new virus came from bats in a Chinese wet market, when in reality it was conspired to be created in a lab using a scientific tactic called, GAIN OF FUNCTION.  Those people would be conspirators against humanity. Therefore, those who called this out for what it was are, "conspiracy theorists?"  Twisted that those who call out the conspirators are the evil ones.

One more step...I wanted to see what the interweb had to say about Natural News being blocked, censored and cancelled by the radical Left.  I found a site called, Stillness in The Storm.  As the name suggest, this is a Conservative site and full of awesome, information on what the conspirators are actually up to and exposing them.  They did a great job explaining why Natural News is one of the most censored sites on the web.  So, since I couldn't post the article from Natural News which shared the truth about Dr. Jonas Salk for his crimes against humanity, I posted the article from Stillness in the Storm.  As soon as I hit, POST, THIS APPEARED--->click the facebook censor  image and you will see the link they wouldn't let me share!  Geeze, talk about a CONSPIRACY!  I mean, seriously this is how hard the radical Left is desperately trying to hide and bury the truth.

How odd though, that when NBC news wrote about this in 2011, it was just a blip on the radar and no one censored NBC news or the Associated Press for talking about Dr. Jonas Salk as one who experimented on unsuspecting humans!  But when a conservative news outlet dives deeper into these crimes against humanity by one of the most famous virologists in the world, well besides the Great Lord Fauci, the radical, communist leftists go into full cancel mode!

All of this brings me to the reason I wrote this...to actually share what I originally wanted to share on Facebook. I understand by doing so I put myself and ItsMac.com in jeopardy of also being added to the Radical Left's no fly status.  It's not as if I enjoy pushing the envelope or poking the Commie Bear, it's about being able to have freedom of speech, about fighting back against the current cancel culture of the Marxist, Democrat Left...It's about allowing the average Joe to have the opportunity to see the ugly truth that is constantly being veiled behind the blackout curtain of the Left's agenda.  It's about being able to open that LAPTOP and allowing EVERYONE to see the the cover-up, the conspiracy!

Now we must ask ourselves;  in 53 years, what will Dr. Fauci be remembered for?  After all, Pfizer has requested that the data for the experimental mRNA shot be withheld from the public until 2075!  Will the Wuhan lab be expunged from history?  Will Fauci be portrayed as a medical hero?  Will ANYTHING negative be told;  Congressional hearings, conservative sites exposing the Gain of Function research that Fauci's Chinese lab illegally performed that swept the entire globe, killing millions and destroying world economies? In a half a century will we be FORCED to forget the truth?

THE MASK PODS HAVE TAKEN OVER! IT’S NOT SCIENCE, IT’S SCIENCE FICTION!