It's not just losing our freedom of speech that we should be concerned about, it is about losing our FREEDOM OF INFORMATION! Over the last few years we have not only watched our freedom of speech being curtailed and censored by big tech but also our freedom of information. We all witnessed Facebook, Twitter and Instagram censor a factual story regarding Hunter Biden and the criminal activity perpetrated not only by him, but also by our President Joe Biden and Joe's brother Jim Biden.  Anything negative regarding the Biden's was pulled, censored and people found themselves in Cyber jail for attempting to expose the truth.  We also witnessed this with the Hydroxychloroquine scandal.  The radical left had no intention of endorsing a drug proven safe that costs pennies that was curing COVID--saving lives.  Especially when it came from the mouth of the bad orange man. Nope, reputable doctors and scientists were silenced in the name of neo-science, which has no basis in science at all.

Freedom of speech is supposed to be guaranteed to us by the 1st amendment of our US Constitution.  This guarantee affords us the opportunity to speak our mind & our opinions without fear of Government interference, or interference from anyone for that matter.  I mean some people may not like or even agree with our thoughts or opinions, but as long as we are not yelling, "FIRE" in a crowded movie theater, or slandering our neighbor with falsehoods, we should be safe to speak our minds.  Stupid opinions and all...

So, Freedom of Information is a little bit different than freedom of speech as one can be strictly opinion or conjecture, the other tends to be a fact based ideology.  Not to be confused with News outlets like CNN or MSNBC that pontificate opinion based "news" without any facts...these organizations would be (somewhat) protected under the 1st. amendment until they get sued for down right Slander, Liable and defamation such as the Nick Sandman case.  Yeah, go Nick!

One of the Convington kids, Nick Sandmann wins another defamation case against the media monsters!

Now I am not talking about The Freedom of Information Act that has to do with access to Government data...no I am talking about having the ability to speak and disseminate factual information like one would expect of the Media.  Take the NEW YORK POST'S article exposing the FACT that Joe Biden KNEW all about his son, Hunters criminal activity in the nefarious Ukrainian Oil company Bersima and even played a part in it.  Like that kind of information by reputable news outlets...facts and truth. 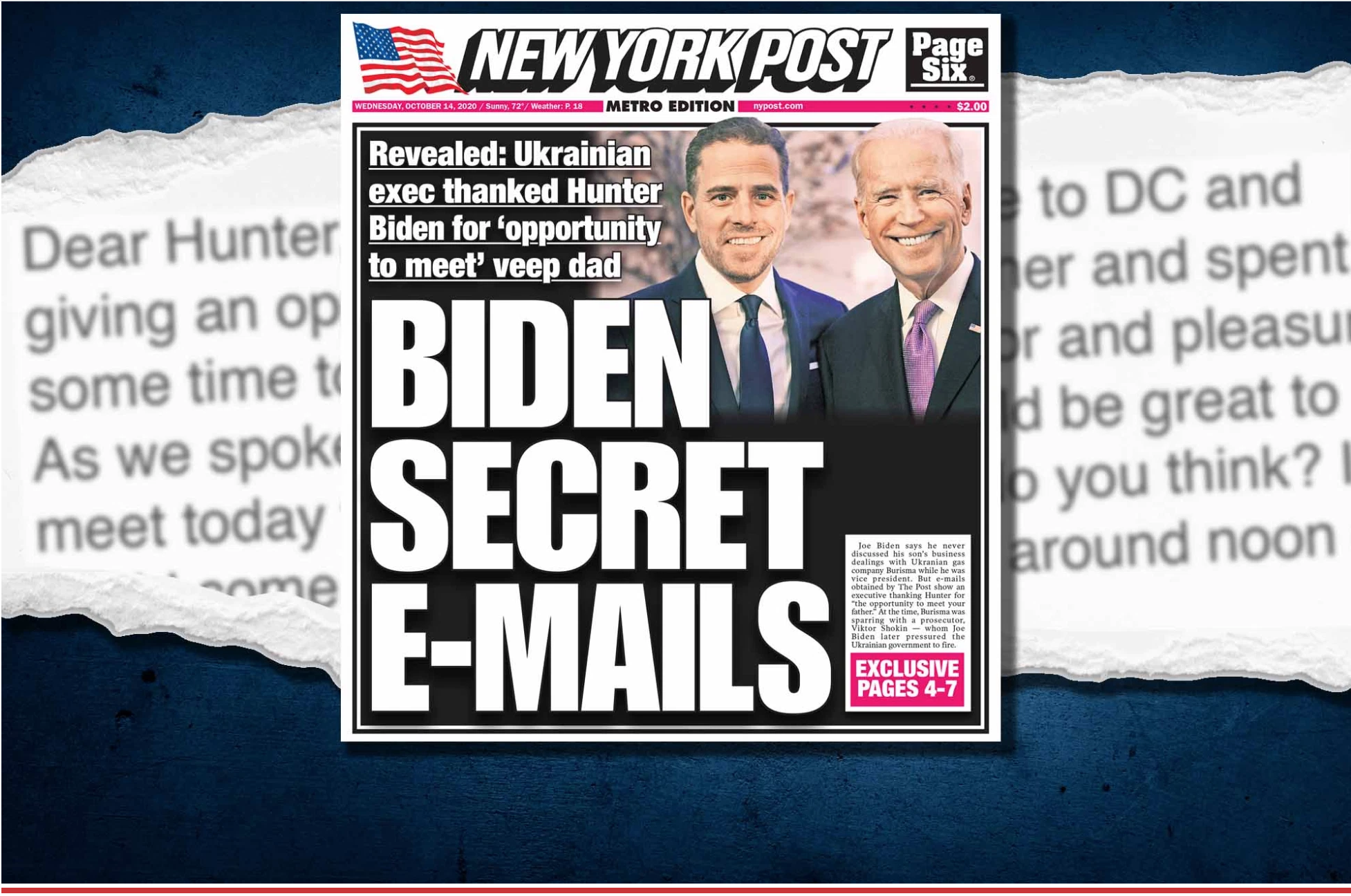 This was a prime example of our Freedom of Information being denied  and down right stifled by leftist radicals!  The radical left is hell bent on suppressing factual & truthful information to be seen, heard or read by those they believe may be influence by this information.  Take the NY Post information for example, how would this have affected the 2020 elections had people actually known how corrupt the Biden family really was?  Suppressing this damning information was crucial to the radical left, social media giants and they did it without any repercussions...after all they are protected by section 230.  But it is blatantly obvious that it DID indeed affect the results of the election.  And it's not just big guys like the NY Post, the oldest and most respected news paper in the US, founded by Alexander Hamilton in 1801 that are silenced.  No, it's also the little guys or gals like, Rae’Lee Klein, a college student, a journalist and also a station manager for an Arizona State University radio station.  Ms. Klein was breaking down and discussing the FACTS regarding the police shooting of Jacob Blake in Kenoscha, WI.  An event that caused mass rioting and destruction in that city and led to the arrest of a teen who killed a man in selfdefense.  Ms. Klein stated this, “Always more to the story, folks. Please read this article to get the background of Jacob Blake’s warrant. You’ll be quite disgusted.”  Ironically, she was referring to an article written by no other than the NY Post!

So this Arizona State College student journalist was encouraging people to seek out the truth before having a knee jerk reaction of mob violence.  Sounds like an excellent idea.  But no, the radical left wants and even encourages these knee jerk reactions, as we have heard from our Vice President, Kamala Harris when she stumbled over her words when confronted with the Race-bait scam perpetrated by Jussie Smollett that she bought into, as well as her confessing to the world that we should "BEWARE" that the people rioting, "will not stop and should not stop..."  This is the way of the radical left!  Violence and destruction and death.

But when some college kid tries to share the truth about a police shooting, the FACTS, is she applauded for her due diligence?  Is she touted as a hero for encouraging others to seek out the truth before resorting to violence?  NOPE!  She was fired from her position at ASU and the school's council claimed Klein's information she disseminated online to be, “factually misleading, discriminatory and racist”  even though everything she wrote was 100% fact from the Kenosha police Department.

SO WE NOW LIVE IN A WORLD WHERE FACTS ARE RACISTS

We must all become AWAKE to the reality that the Radical Liberals are not only hell bent on thwarting our 1st amendment rights but also taking away our Freedom of Information!  When the TRUTH become racist we know that the entire meaning of racism has nothing to do with the color of your skin anymore, but the shade of your convictions.  I bet you didn't know it, but climate change is racist.  Yup, you really can't make this stuff up.  More on that, another time.