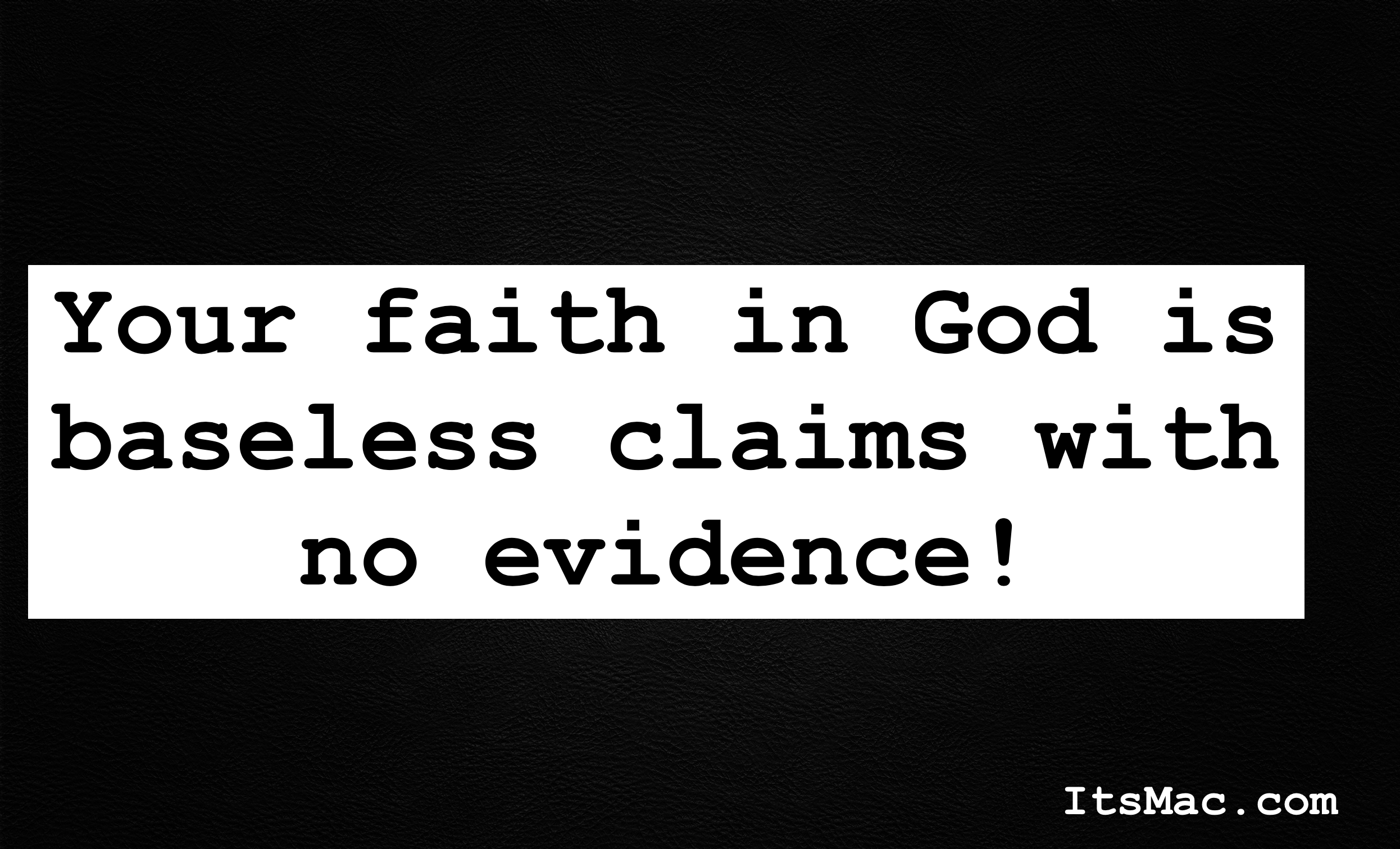 We are entering a time of Biblical prophecy.

There are so many things over the last decade or so, that I wouldn't believe could happen in a normal, civilized society.  Biological men for instance having the legal right to use a woman's bathroom, or a girls shower in high school.  Or the thought of biological men being allowed and even encouraged to participate in women's sports as a biological man with boobs and long hair.  Did you ever imagine that perverted, garish drag queens would be sitting in our public libraries with little kids sitting on their lap while watching a queen twerk on the floor? These issues really blew my mind as they began to unfold and become acceptable in our, normal, civilized society.

And if you told me at any point in my life that the government could demand that you couldn't leave your house, couldn't have a wedding or a funeral and that the government (mostly local state) could dictate whose business would closed its doors and whose could stay open to make money and that if you didn't comply, you would be arrested? I never could have imagined, in my wildest dreams that people would be forced to wear a mask to buy or sell, to walk the streets or to simply visit the beach.  And that some people would embrace this idea and turn against those who disagreed with this practice.  The division in this country is something I have never witnessed in my life and would be a precursor to something of Biblical proportions; "They shall be divided, father against son, and son against father; mother against daughter, and daughter against her mother; mother in law against her daughter in law, and daughter in law against her mother in law."  But, this is where we are...exactly where we are.

Most of us, have experienced the wrath of those who have bought into and believe everything the Liberal "science"claims when we refuse to wear a mask or question the "science" behind this virus.  We are called, selfish, murderers, ignorant, not following the science and just plain ole wretched people for even questioning ANYTHING regarding the COVID virus.   We have heard all the Liberal rhetoric about the government taking children of anti-maskers and putting them in confinement camps for their own safety or even quarantining contact traced individuals by force.  The fear mongering has been unbelievable.

Many of us have spent countless hours over the last year researching this virus, listening and reading current information from reputable scientists, doctors and PhD's from all over the world .  We have seen the contrary evidence from both sides and most have spent a tremendous amount of time sifting through the facts and the fiction, the politics from the truth.  And for the most part, those of us who have endeavored in this educational process generally know the media spin before the media does.  We also know the facts that come out well before the general public.

We constantly battle the Social Media monsters who unceasingly censor any truth we post, even if that information comes from the most reputable sources like the CDC, renown medical universities or even prestigious medical journals.  They simply want control over what we think and how we think and if we have a differing perspective on the facts, we are called, "Conspiracy Theorists" and nut jobs.  AND, if we just happen to be Trump supporters, we are considered dangerous to the public's health and MUST BE SILENCED!

Take everything I just said above and apply it to the 2020 elections.  It is the EXACT same ideology.  Millions of people have done their due diligence in investigating voter fraud and foreign interference in the 2020 elections...smart people: computer scientists, PhD's, forensic data experts, and EYE WITNESSES to the fraud.  And even though, these very reputable people have an abundance of proof, overwhelming actually that the 2020 elections were rigged for a Biden win, the Democrats, in collision with the Media, contend, over and over and over again, "baseless claims," "no evidence," "conspiracy theory."  And ANYONE who claims otherwise is a danger to civil society and perhaps even a domestic terrorist in the making.

We are hearing the Liberal rhetoric that anyone who believes the Presidential election was rigged for Biden should be "de-programed" or sent to a "de-radicalization" camp.  Don't believe me?

These people are actually saying these things, matter of factly...like it could and should happen.  You don't think something like this could happen?  THINK AGAIN!

WHAT ABOUT BELIEVING IN GOD?

The Democrats have used this "pandemic" as a testing ground to see how far they can push before Americans will push back and evidently they can push quite a ways.  For most of 2020 and still in 2021 many churches are deemed to be closed by local governments as NON-essential to communities as these are considered places of SUPER SPREADERS!  State governments decided on their own that churches, unlike,  Costco, Walmart, Lowes, Home Depot and other big box stores, were to be closed and people just went with it...accepted it.

And now, with the very carefully planned riots on Jan. 6th, 2021 which swept many Trump supporters into the ANTIFA mob mentality, the Democrats are crafting a "Domestic Terrorism" bill.  Now mind you that this bill was not even a consideration to the Democrats back when Trump was president as he wanted to label ANTIFA as Domestic Terrorists, but creepy Uncle Joe stood on stage for the entire world to hear and adamantly stated that "ANTIFA IS AN IDEA, NOT AN ORGANIZATION"  An entire summer of nonstop riots from an idea?  ANTIFA has been rioting since Trump was elected dozens of people have died, hundreds have been injured and BILLIONS of DOLLARS of damage to not only private citizens but also to Federal property.  And President Trump was 100% correct when he said that he sees MORE violence from the LEFT than from the Right.  THIS IS AN INDISPUTABLE FACT!

But now the Democrats are using the riots at the Capitol to FRAME Conservative Trump supporters and using that event to push through this "domestic terrorism" bill. Mind you, this bill will not be looking for an "idea" but an ideology or better put, a theology.  Even former Hawaiian Democrat Representative Tulsi Gabbard said that  "the new 'Domestic Terrorism' bill could target pro-life Christians and almost 'half of the country'.  It's so dangerous as you guys have been talking about, this is an issue that all Democrats, Republicans, independents, Libertarians should be extremely concerned about, especially because we don't have to guess about where this goes or how this ends,"   And this is exactly what this bill intends to do--target  and persecute Christian conservatives!  What about the "re-programming" camps the Democrats are discussing for the "cult of Trump?"   Seriously, they consider us a CULT because be supported a President who made our country energy independent, brought our country's minority unemployment to its lowest number in American history, didn't bring us into any new wars, gave larger tax refunds to people with children, was listed as the most admired man and received THREE Nobel Peace Prize Nominations and perhaps this is the main reason, President Trump was PRO-LIFE! For this we are considered a cult?

For all the things we thought could never possibly happen in less than a year what do you think could possibly happen to God fearing Christians who believe that babies should not be aborted, who have their faith in Jesus Christ, who believe in our freedoms and liberties?  We are the enemy to the Liberal left and we may very well be entering into a time of Tribulation.  I believe the time is coming when we stand for our faith and are met with the words from the Communists who will be running this country; "GOD? BASELESS CLAIMS AND NO EVIDENCE!"

WILL THE JAN. 6TH COMMISSION REVEAL THE FBI INCITERS INVOLVED IN THE “INSURRECTION?”

AND THE WORLD COMPLIED WITH THE MARXIST, LEFTIST MASK AGENDA! DID DR. FAUCI LIE?