I have seen this Pro-abortion meme come across my Social media page several times now. It basically states "IT'S NOT MY BUSINESS" why you choose to abort your baby. 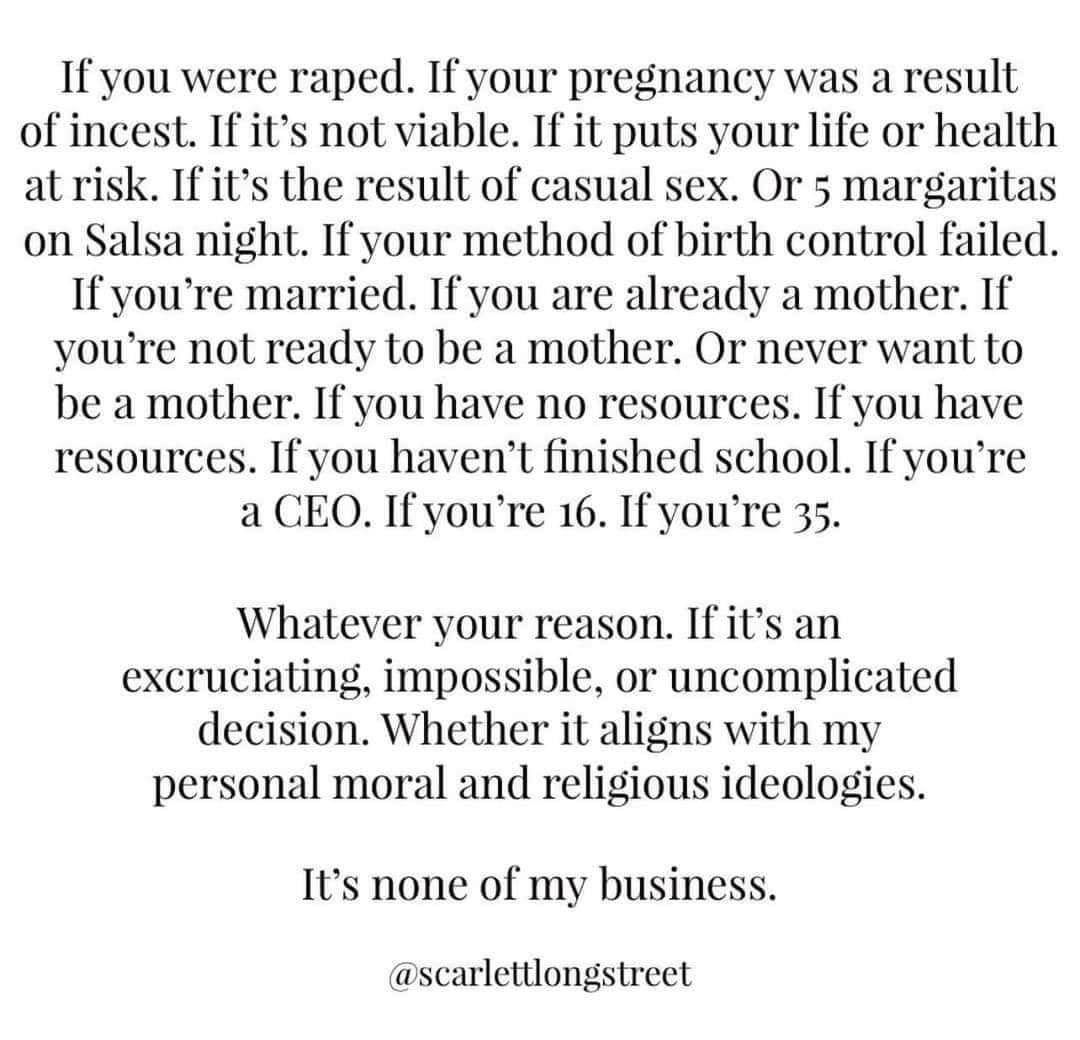 I started to think of all the things that we are told that we should get involved with and make our business. Suicide for instance. We have an ENTIRE month dedicated to suicide awareness. A successful suicide results in the death of a person 100% OF THE TIME. Why should any of us get involved with someone who wants to kill themself? The majority are adults, capable of making the decision to end their life. And what about the rising number of children committing suicide? Why would we care about the children? Why should ANYONE step in to attempt to change their mind? Taking their OWN LIFE is their choice!  "My body, my choice!"  NOT MY BUSINESS! 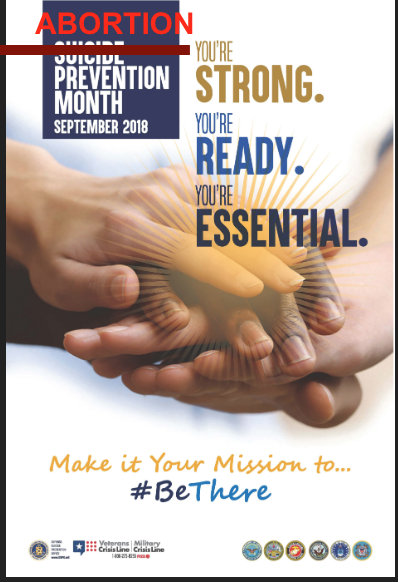 If a woman is pregnant and wants to suicide her baby because she is scared, financially unable to care for that baby, has emotional issues, or doesn't want to disrupt her life...what if a pregnant woman was standing on the edge of a bridge? Would we care enough to simply bring her to an abortion clinic? OR would we care for her and her baby and talk her off the ledge?   OR, NOT MY BUSINESS? 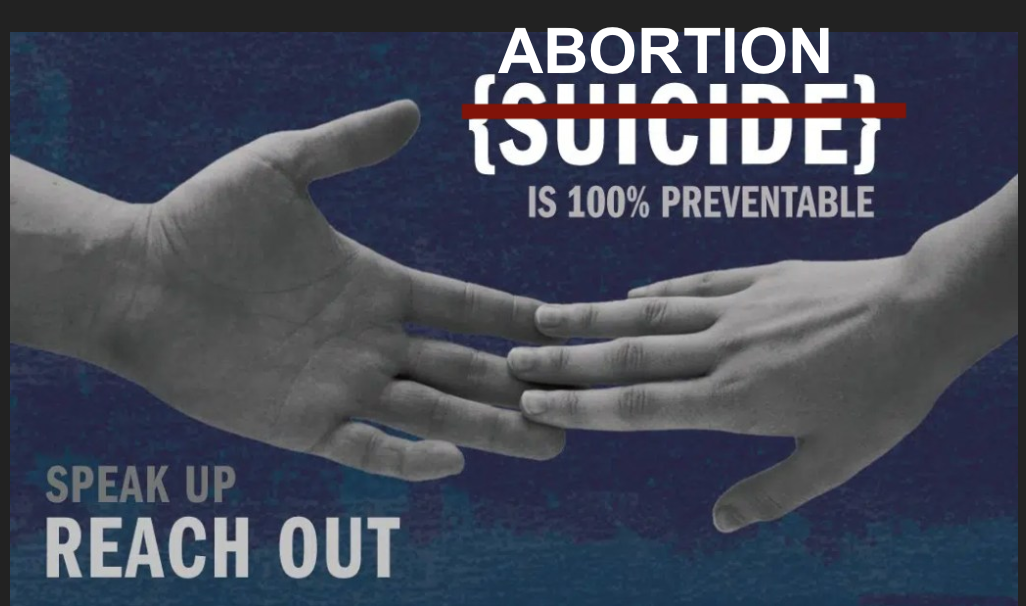 Why do we feel so compelled, even forced for an entire month to see suicide awareness blasted on our social media to MAKE IT OUR BUSINESS to reach out to someone who wants to end THEIR life; by giving them hope, emotional support, and dedicating an ENTIRE MONTH to make it our business!  So much so, we are told to look for suicidal signs...but when it comes to women who want to suicide their babies, we claim--"NOT MY BUSINESS!"

Shouldn't we just let these people kill themselves? It's THEIR CHOICE! Why do we spend so much time, money, and effort trying to save their lives? WHY ARE WE TOLD TO MAKE IT OUR BUSINESS? If these people had just been aborted in the first place, this wouldn't even be an issue for us to be concerned with. RIGHT? "NOT MY BUSINESS!" Does that sound callus?  Heartless?  Something a monster would say?  Does it sound evil?  Well, Abortion is the NUMBER ONE cause of death in the United States!  Maybe if we just called it SUICIDE BY PROXY people would make it their business!  Maybe there would be an entire month dedicated to making it our business to save someone from killing their own flesh. 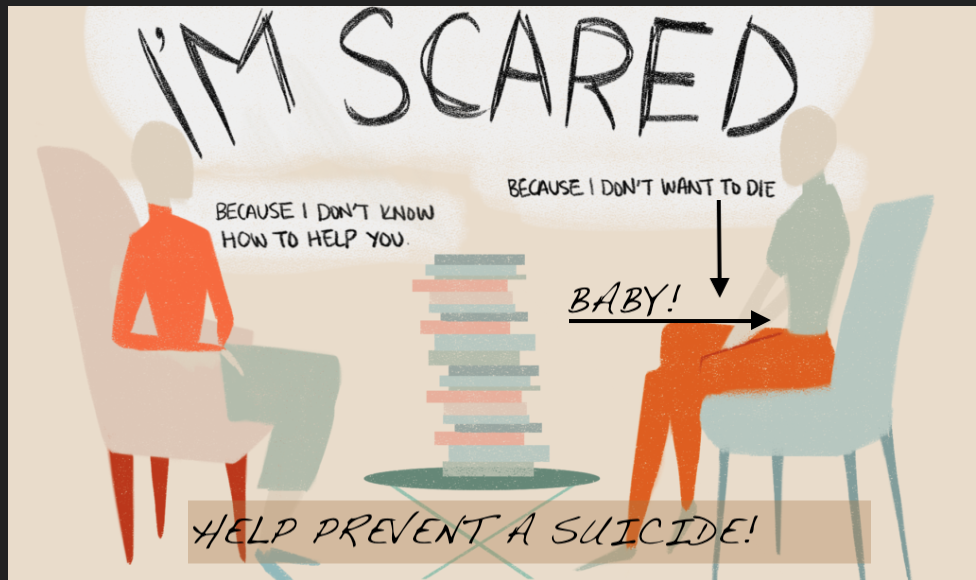