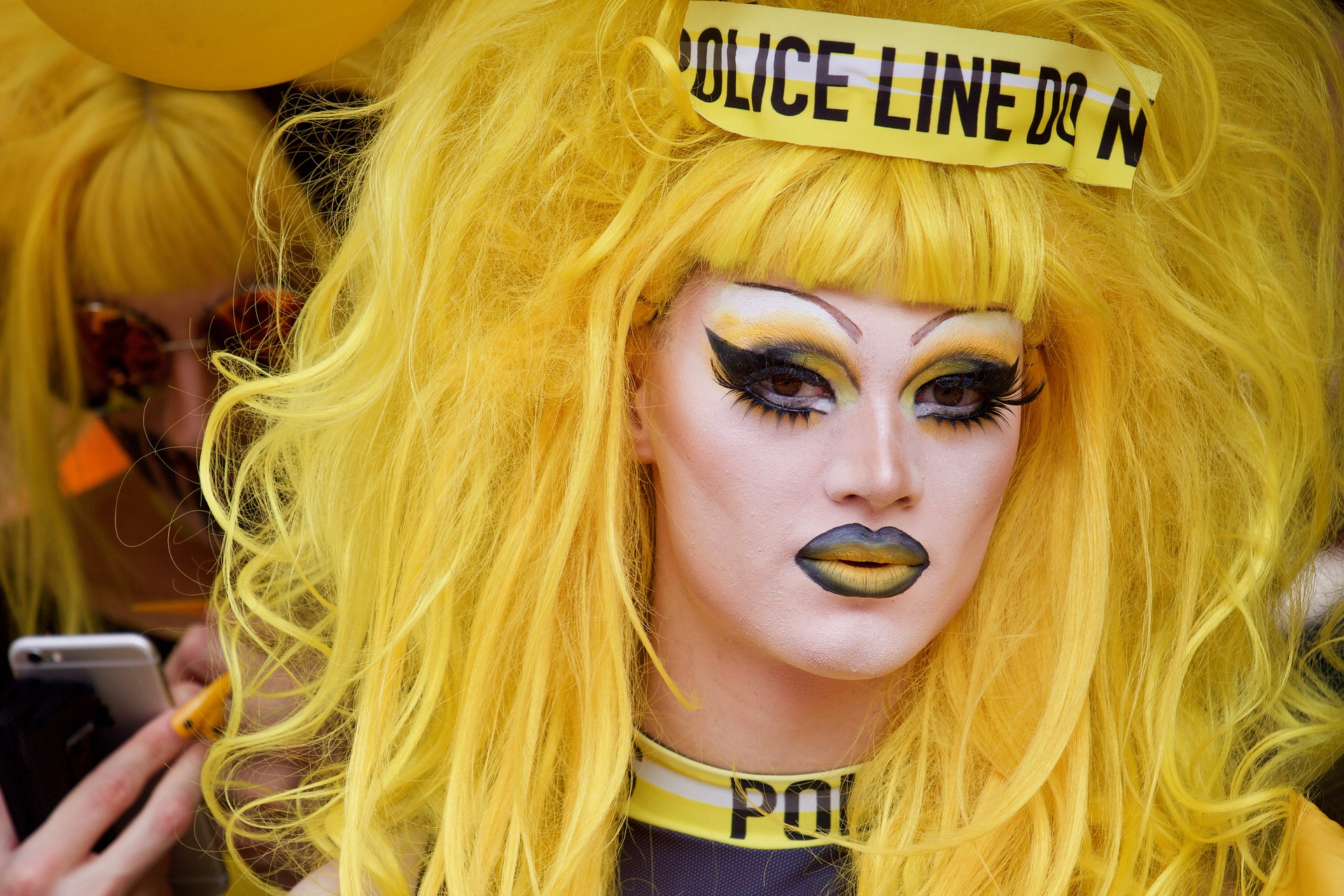 Have you ever wondered how it came to be that one of the smallest % of our population, the LGBT's can get laws changed, move our moral compass to the left and force large Corporations to bend to their wishes?  I mean, really how is this happening, considering that in 2017 approx. 4.5% of adult Americans identified as LGBT?   We all know that these folks like to protest whatever offends them or anything that they feel violates their "civil rights" like cakes for instances, or bathrooms, or wedding photographers, and especially Chick Fil A!  They really detest those Christian, chicken frying, hate mongers.  This very tiny group has had great success in changing our perception of well understood things like, SCIENCE and BIOLOGY! They have even been extremely proficient in whitewashing realities regarding pediphelia and sexual abuse, so much so, that if one, say a sane person, questions a man using a womans bathroom, that sane person is ridiculed and labeled a PHOBE of some sort. They have even outsmarted their number one supporter, the Feminist, as Trans Women are dominating female sports.  And I'd like to know how they managed to sneak into our local libraries as questionable men dressed as garish, outlandish caricatures of women, letting unsuspecting children sit on their strapped up laps, snuggled into their bulbous boobs!

Power in numbers!  But wait, these people, don't have the numbers to be that powerful!  I mean for goodness sakes they got ALWAYS pads to remove their Female Logo from their packaging because...well, it was offensive and not inclusive to biological men who desperately want to be women and menstruate!  And then today I read this unbelievable commentary regarding a Doula (birthing coach) in the United Kingdom:  "A birth coach in the United Kingdom has been harassed and “hounded out” of her job with Doula UK, the U.K.’s national organization for birth coaches, after authoring a Facebook message that stated a basic biological fact: only women can have children."  This is the type of read that can make your head explode, so if you read it, read with a full roll of duct tape wrapped around your head.  https://www.dailywire.com/news/birth-coach-hounded-out-of-job-by-trans-activists-after-saying-only-women-can-have-babies?utm_source=facebook&utm_medium=social&utm_campaign=benshapiro

FUNDING!  You must have it!

So what does any of this have to do with Black people?  Well, a lot actually!  Black people and biracial blacks (like Obama) make up approx. 14% of the total US population.  From the establishment of our country and up to 1863 most black people were slaves in the United States.  After their emancipation the black community still suffered under white society.  They had to fight long and hard for their civil rights, I mean DECADES!  MANY DECADES!  And now we find ourselves in 2019 with everyone screaming RACISM and the black people are again victims of a society that keeps them down and unsuccessful.    Reparations are on the tongues of liberal politicians, affirmative action was enabled to hire an unqualified Black over a qualified White and colleges that want to instill all Black graduations and no Whites allowed areas.  Black lives matter groups all over the country protest over police brutality and oh, let us NOT leave out Kaepernick with his knee on the ground movement.  So, one would think that progress for the Black community would be as exponential as it has been for the LGBT community.  But it hasn't!  It hasn't because the Black's don't have radical, progressive liberals backing them!  They don't have the George Soros factor.  They simply lack the creative liberal progressive, brain power and the financial backing that the 4% have.  Let's face it, even the Progressive Liberals know that a Straight Black person, no matter how ignorant, understands basics of science and biology.   They know that only women can produce and grow a baby.  So the bottom line is that funding the success of Black people, say 100+ years ago, wasn't and hasn't been advantageous to the progressives.  But funding the ABC group is!  It took them less than a year to make a law that Transgenders could use ANY bathroom they identified with!  Took them merely months to allow biological men to compete in women's sports and to change the dynamics of our public schools.  In less than 2 years we now have, "Pronouns," colleges succumbing to LGBT pressure...the entire landscape of our moral culture has been change in less than a decade...for 4% of our society.

I just had to do a quick update in this!  a lot has changed and I must eat my words!

I really don't have to say much here, well, because we all know!  Sometimes you just need ONE GOOD CRISIS...Enter George Floyd, add a Pandemic, turn the flame up, bring to a boil and let the bottom of the pot burn as you stir it!

BELIEVING IN GOD WILL SOON BE THE SAME AS BELIEVING THE 2020 ELECTIONS WERE RIGGED!!