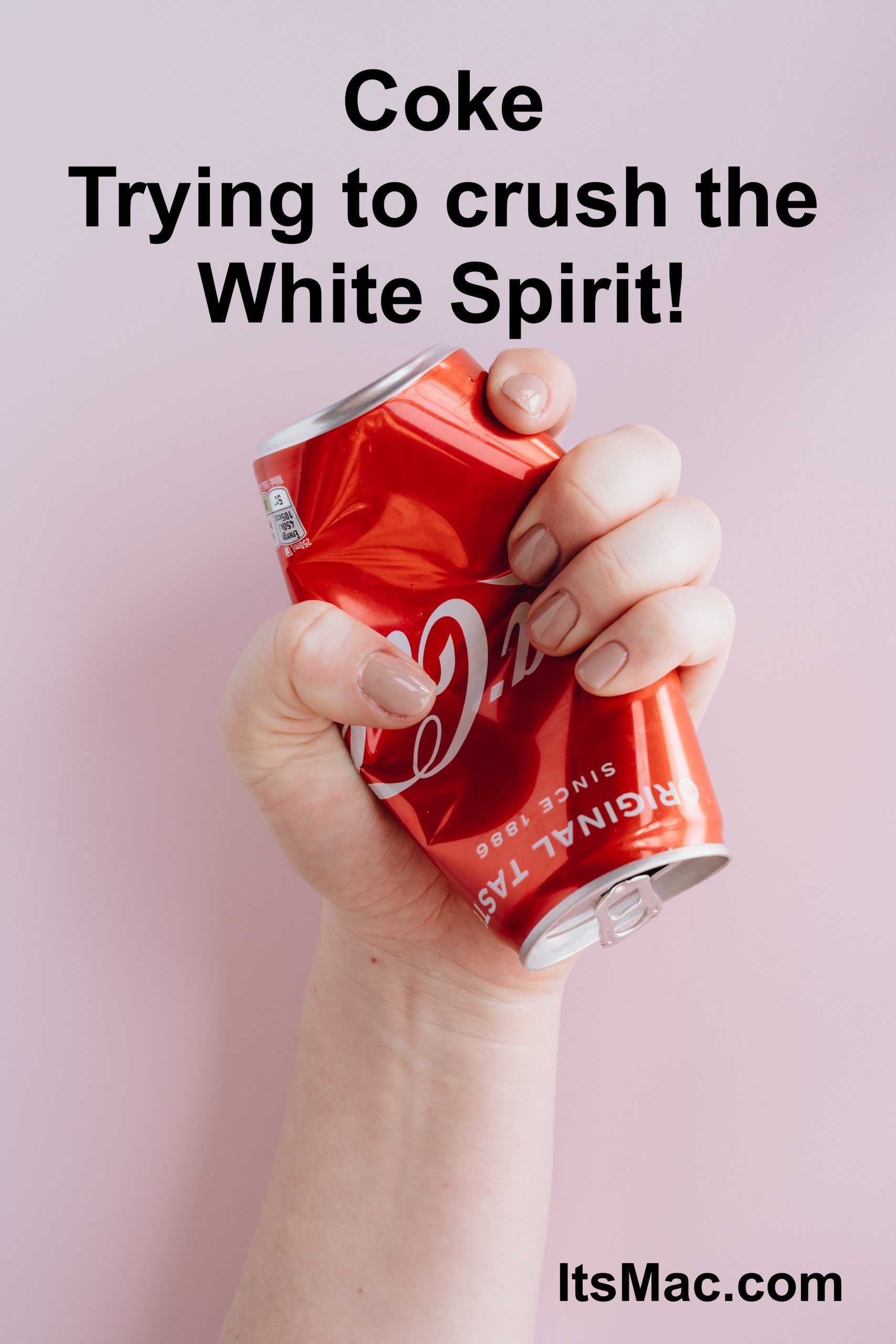 AHHH who remembers that catchy song that took America by storm, you know the Coca-Cola song~~~I'd like to teach the world to sing, in perfect harmony. Here it is in case you are too young to remember a time when Coke wasn't so caught up in politics.  This song wasn't trying to tell people of different colors to be ashamed by their skin tone.  Nope, it was a catchy tune of unity.  Because, well, the 70's were just that groovy.  It was all about LOVE, man.

Oh well, those days are gone.  Now, a COCA-COLA insider whistleblower leaked screenshots of an alleged LinkedIn Learning series, diversity training, which intended to encourage employees to "try to be less white."  Those 3 white people in that world famous Coke commercial should NOT be confident in their whiteness.  They very well may be Nazi's, especially the young woman who starts the song off.  Total Nazi youth chick, I can spot one a mile away!

Who makes this crap up? Is it because people like our President, Joe Biden says STUPID things like, "poor kids are just as bright and just as talented as white kids..."  Oh, good recover Joe on that one, by the way.  Or him talking about little black kids rubbing his wet legs. Or was it his tall tale about Corn Pop, the black gangster at the swimming pool with pomade in his hair?   Or maybe it was our other President, Obama, who stoked the dying embers of the race wars by completely disenfranchising his WHITENESS and identifying as a Black man and holding up young Thugs like Trayvon Martin and Michael Brown as poor victims.  For goodness sakes, even the infamous George Floyd is heralded as a hero!  A man, crazy high on drugs, passing out counterfeit money, and resisting arrest...  Don't do drugs kids, don't resist arrest and don't be a criminal.  These are things that may keep your life from suddenly ending by the police!  Is that offensive?  Too bad!

And just for you ignoramuses out there Coca-Cola (Coke) was created by a man who fought in the Confederate Army to keep black people enslaved.  He was also a morphine addict and he was WHITE!  So perhaps the folks at Coca-Cola are feeling their own shame for selling a product that was a product of a white man who was addicted to drugs, selling a cocaine & wine laced tonic  which was marketed as  “an invigorating tonic for the sex organs.”  Yep, evidently it made people horny.   And anyone who had 5 cents could buy this addictive drink, even black folks.  And then, the Democrats in the Dixi South, in usual form, showed yet again their deep hatred for the Black community. 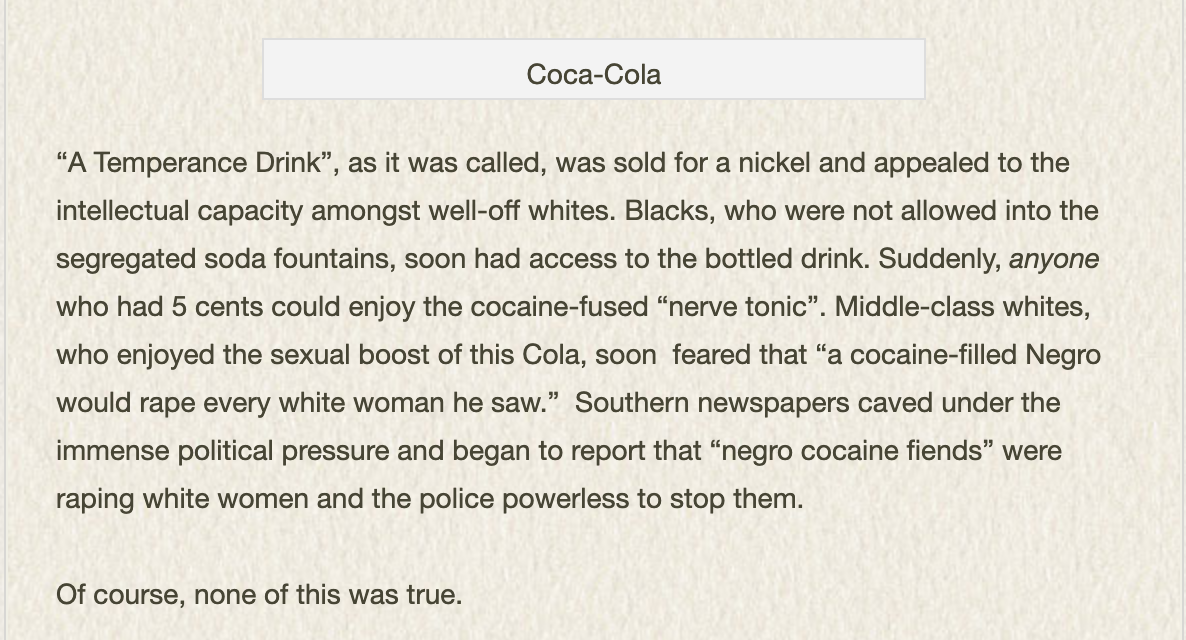 So, that being pointed out, on to something more pertinent.  Just curious, do people in predominately Black countries tell their citizens to be LESS BLACK?  We all know that this race card, and portraying Black people as victims all started with OBAMA. I don't know a single Black person who plays the victim. I know a lot of White people that do.  So let's just stop all this stupid race crap! Stop convincing Black's that they are a victim in a predominately White society. This entire ideology is ridiculous and seriously, would anyone in Nigeria tell their majority population to be "LESS BLACK?"  Oh, imagine the outrage!

Or even better, who would go to the predominately Black city of Detroit and tell them to be "less Black?" Would this solve their crime problem? Would this attack on their race, their skin color perhaps cause them to stop black on black crime? Well, would it? Should we start behavioral training for black folks that live in these predominately black communities that are riddles with crime?

If large companies like Coke, marketed to those in US cities that are mostly Black and told them to be, "Less Black" would that solve some of our country's crime problems, like in Baltimore, Chicago, and Detroit?  I mean come on, this sounds reasonable to me?  But, I'm just an old, White woman who doesn't think that we should glorify criminals, or condone looting, rioting, destroying property or pulling out a race card to get a free pass for any of those things. But, if we are, then perhaps we should spin this the other way and ask Black folks to be "less black."  Would that be acceptable?

BIDEN IS A PAWN! THE DEMOCRATS WANT TO BURN DOWN REPUBLICANS UNTIL THERE ARE NO SURVIVORS!